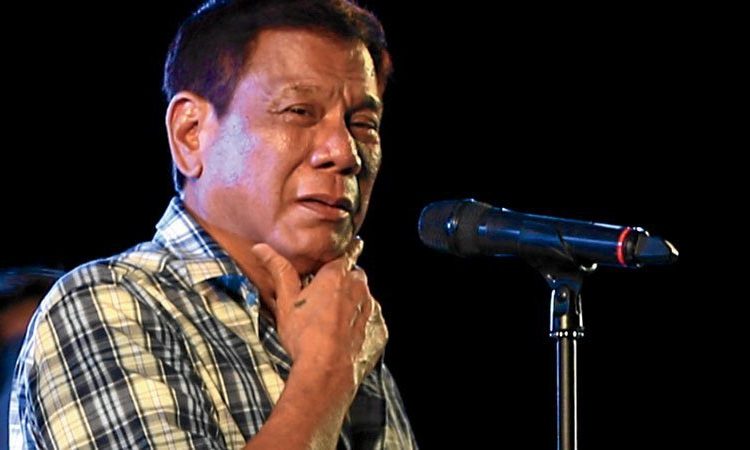 Dear @pnppio, we have something to report: Someone declared he’s using drugs. And it’s our President.

In a report earlier today by Inquirer.net, President Duterte admitted that he takes marijuana to keep him awake in his insanely busy schedule. He even backs this up with no-fuss explanation, “It’s a killing activity, and I think [that] my age, ako hindi masyado, kasi nagmamarijuana ako eh, para magising. Sa iba, hindi na kaya.” This revelation was stripped off in his speech during the conferment of awards to the Asean-National Organizing Council officials in Malacañang.

Duterte has backed the use of medicinal marijuana in the past, but has also opposed its use as a recreational drug. And now he tells us he smokes weed to keep him awake. Obviously our president doesn’t know what he’s talking about. Which comes off as a surprise to absolutely no one. Who smokes weed to stay awake?  And who believes whatever the president says anymore?

Remember that iconic PDuts saying “My God, I hate drugs. And I have to kill people because I hate drugs,” back in 2016? Well, he’s still the same guy. But worse: he has no sense of irony whatsoever. He’s the biggest contradiction we all know, and like most his remarks that his supporters took only as a joke, this statement will only be swept under the rug like the stems from the mids he probably smokes.

The truth is that our President exempts himself from the rules he applies to everyone else. If anything, this little tidbit of news distracts us from the larger issues, like political prisoners paying a million and a half pesos to post bail for a crime they didn’t commit. But this issue also tells us that he’s talking off his ass. Smoking weed to stay awake? GTFO.