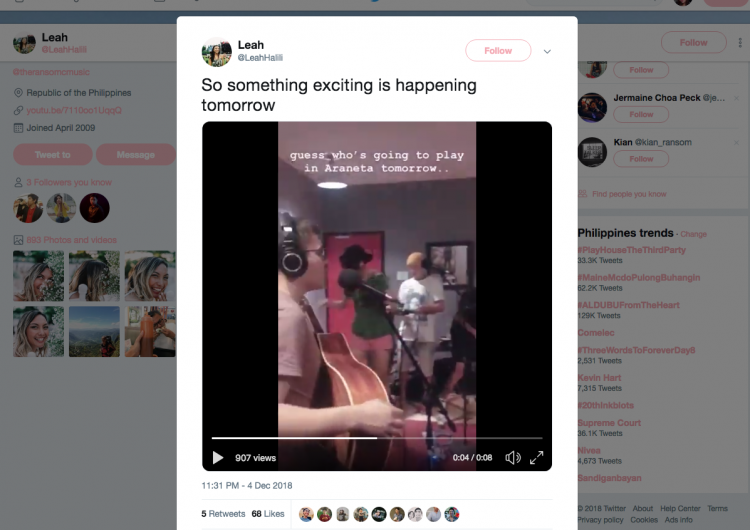 If you aren’t already 200% pumped up about game 2 of the UAAP finals later, here’s some news that will probably push you off the edge—The Ransom Collective is playing a surprise set before the game!!

Well, it probably isn’t much of a surprise at this point. Band bassist Leah Halili hinted at the upcoming performance last night with a video of the band rehearsing, and the caption “so something exciting is happening tomorrow.” The video clued us in on a performance in Araneta the following day, and we all already know what’s about to go down: the second finals face-off between beloved underdogs the UP Fighting Maroons and reigning champs the Ateneo Blue Eagles.

So something exciting is happening tomorrow pic.twitter.com/dD1fqanSU0

In case we had any trust issues following our collective disappointment at the false rumour of Eraserheads playing at the game, Halili confirmed the gig in a tweet earlier today. Brb, going *airplane emoji* to Cubao.

For those of you watching the UAAP FINALS Game 2 later, my band and I will be having a surprise number before the game at 230 in Araneta! Come early!!!

Besides screaming our heads off for our teams, we’ll be shouting along to Ransom Collective’s songs, so I guess it’s goodbye to our vocal chords for today. It’ll definitely be worth it, though.

SHAREThe bad bitch is back with more wisdom―this time, she tells you why...