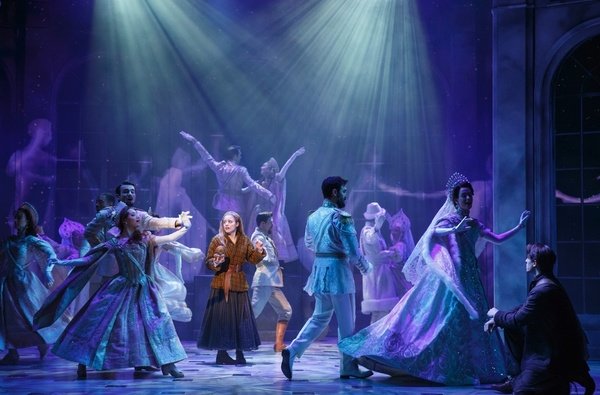 20 years after the animated movie Anastasia captured our hearts with the story of Anya, the orphan girl that just happens to be the last surviving child of the Russian Royal family, the film is coming back in a whole new form.

Anastasia is a beautiful story of love, family, and everything in between and according to Buzzfeed (and I wholeheartedly agree), it’s also the best animated film ever. The Broadway adaptation will open at the Broadhurst Theatre on April 27, 2017 and will be headlined by amazing Broadway stars Christy Altomare (Mamma Mia), Derek Klena (Dogfight – which I also love immensely), John Bolton (A Christmas Story: A Musical), and Caroline O’Connor (Chicago). These actors are no stranger to the roles in Anastasia as they also starred in the Hartford Stage run of the musical earlier this year.

Surely this production will be one to watch as it will be directed by the Tony Award-winning director of A Gentleman’s Guide to Love and Murder Darko Tresnjak.  The adaptation will be produced by the Tony Award-winning team behind Ragtime, Stephen Flaherty and Lynn Ahrens, who were also the composers in the original animated movie. Needless to say, this production will be overflowing with talent and I expect it to be one heck of a show.

Unfortunately, as all local Broadway fans know, the coming of a new musical also brings with it the reality that we can’t watch it here in the Philippines, unless they run it in Asia (which doesn’t always happen). So here’s to another Broadway production we hope we can watch, and another soundtrack we hope we can replay in our heads over and over again.

Let’s just hope the production comes to our shores real soon. Because who doesn’t want to hear the song below live on stage?

SHARETwo years ago, one of the most definitive albums of our generation came...

SHAREIf you’ve already tuned in to GLOW’s third season on Netflix, you may...