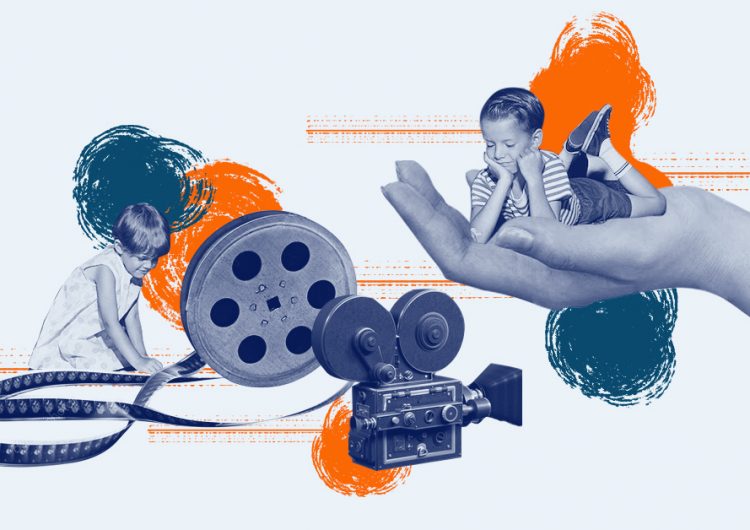 Film buff or not, we can all swear by the vastness of Philippine cinema. Heck, we’ll be celebrating its centennial year starting September. We’re a nation of moviegoers, aren’t we?

According to Inquirer in 2011, “Philippine cinema can lay claim to having produced some 8,000 or so films since its birth in 1919.” We can clap our hands at that, but the roar ends when we realize, “only 3,000 of those titles can be considered extant while the rest, regrettably, are irretrievably lost—never to be seen by current and future generations of moviegoers.”

We need saving graces, and just as we thought we’re going farther and farther away from the past, our first and only archive kiosk is finally here. Nestled in Cinematheque Centre Davao is the Mindanao Film Archive Kiosk. Launched on Dec. 23, 2018, it is designed to be an accessible source of video archival materials. Yes, anyone—from students to teachers to artists—can visit the space anytime for free. 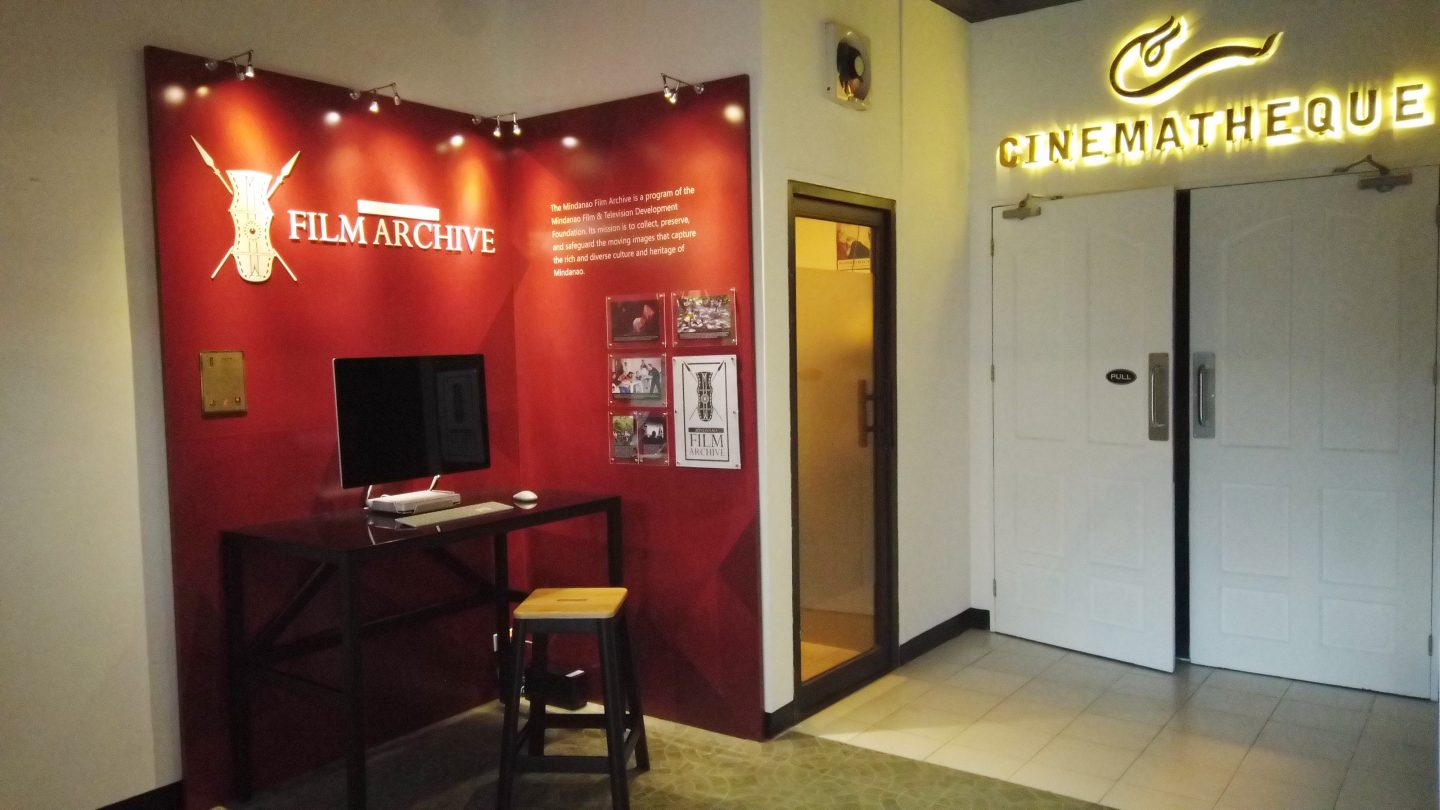 Thanks to the collaborative contribution of the National Commission for Culture and the Arts (NCCA) and the Film Development Council of the Philippines (FDCP), we now have access to an array of moving images from the yesteryears: feature films, music videos, documentaries, TV shows, audio-visual presentations, and even raw footage.

Using Microsoft Surface Studio, this kiosk guarantees high-quality viewing experience for anyone who is interested to learn more about the culture and heritage of Mindanao. This platform actually hits two birds with one stone: “Aside from showcasing local films and videos, we are also using a software developed by Dabawenyos,” explains Dax Cañedo, president of the Mindanao Film and Television Department Foundation (MFTDFI) in an article on Philippine Information Agency.

To know more about this latest leap for Philippine cinema and archiving, we talked to Ms. Rosemarie Roque, one of those who took part of the project and represented in the Society of Filipino Archivists for Film (SOFIA) as an Executive Secretary of the NCCA National Committee on Archives, and also a Philippine Arts Professor in UP Manila.

Last December, the first and lone Philippine film archive kiosk was launched in Cinematheque Centre in Davao City. How do you think this will impact film archiving in the Philippines?

Audiovisual archiving and preservation is not a self-centered, self-gratifying act. Vital to AV archiving and preservation is public access. As UP School of Library and Information Studies (UP SLIS) professor Bono Olgado, the founding head AV archivist of the National Film Archives of the Philippines (NFAP), puts it: “Hindi bodega ang archives.” The MFA is definitely not just a bodega; the interactive kiosk proves it.

Now on the main question of impact, this project is very commendable and hopefully has far-reaching impact. My hope rests on these two points. First, the establishment of the Mindanao Film Archive is grounded on the basic principles of archiving, from collection development, preservation, access, and collection management. Second, the Mindanao Film Archive via its database and archival collection of films, AVPs, documentaries, raw footage, etc. produced in Mindanao, is safeguarding a crucial part of our nation’s collective memory.

[The Mindanao Film Archive] is safeguarding a crucial part of our nation’s collective memory.

I hope there will be more of the likes of Dax Cañedo, Jay Rosas, and the rest of MFTDFI who possess that deep sense of commitment and dedication in preserving the AV heritage of Mindanao, of our country.

Currently, what do you think is the state of film archiving in the Philippines? What can we do to improve and promote it?

We have a rich audiovisual heritage. In this light, I am looking forward to the establishment of an autonomous national audiovisual (AV) center in our country. In May 2017, Professor Olgado and I, supported by UP SLIS, submitted a position paper urging the House of Representatives on this matter. And in March 2018, with Dr. Bliss Cua-Lim, we had a dialogue with Rep. Lucy Torres-Gomez, the proponent of the current House Bill related to film archiving, regarding this matter of establishing a national AV center with an exclusive mandate of archiving our rich AV heritage.

Grassroots-based community archiving are collaborative actions of both professionals and volunteers in the pursuit of preserving our AV heritage.

CAW Manila took critical steps in organizing, cataloging, and facilitating preservation of the AV collection of AsiaVisions, a non-government organization established in early 1980s until the late 1990s. IBON Foundation is the custodian of the AsiaVisions AV collection which comprise of U-matic tapes, Betamax tapes, and VHS tapes.

Let’s say you’re speaking to us, the youth. How will you explain the purpose and significance of film archiving in the Philippines to us so we will be encouraged to learn about it too?

It is not hard to explain the concept of memory-keeping to the youth. In this age of social media, it has been a natural, daily ritual to share photos and videos to social media friends and to the public in general. AV archiving is similar in that matter.

In this age of social media, it has been a natural, daily ritual to share photos and videos to social media friends and to the public in general. AV archiving is similar in that matter.

Collecting institutions, like libraries, museums, archives, are memory keepers. Memory-keeping of societal memory, however, is a selfless act. We preserve our heritage to make sure that the future generation may be able to understand, appreciate, and learn from our collective memory.

A concrete example of the youth taking part in this undertaking is the existence of UP ARCHONS, a student organization advocating community archiving; primarily based in UP Diliman. We are hopeful that more ARCHON chapters can be established in other UP campuses, other universities, colleges, and schools around the country.

Got something to share? The archive is constantly in search for new moving images to include in the collection. Rights holders of moving images may contact at [email protected] to have them considered for archiving.

SHAREEver wanted to listen to the dulcet tones of Pikachu whispering “Pika, pika”...

SHAREEveryone’s favorite virtual band is cooking something up in the studio. Wait, or...