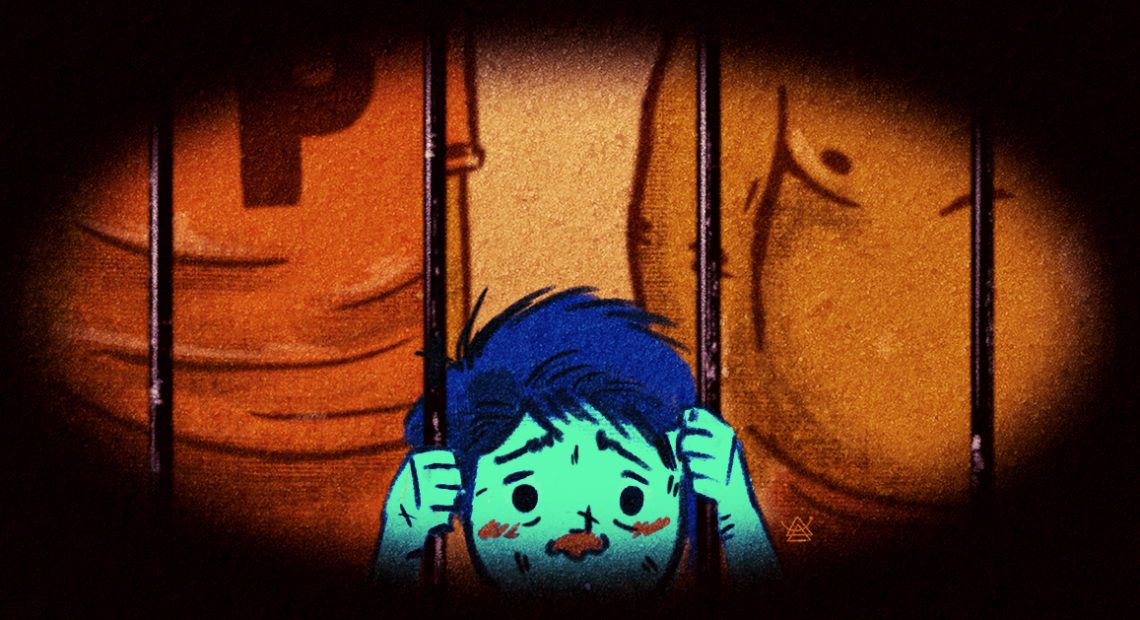 Remember those kids in Cinemalaya film School Service and CinemaOne Originals flick Hamog? They have lost a battle today, along with every child we know.

The House of Representatives, in their resumption on the deliberation on lowering the age of criminal responsibility from 15 years old to nine years old, has concluded on a rather alarming note. According to Inquirer.net, the bill allowing children at least nine years old to be put in jail has been nodded by the House panel today, Jan. 21. The committee finalized its yes after Capiz 2nd District Rep. Fredenil Castro motioned for its approval. Various children’s and human rights groups have reached out their objection to the court, including Gabriela Rep. Arlene Brosas, but the decision was still pushed through. Unfortunately, we aren’t so surprised.

Well, there’s a lot of things to be busied about, like maybe giving corrupt politicians what they truly deserve or making authorities true authorities of peace instead of harm, but the government decides to give this kind of damn to children. Their fixation has grown intense for all the wrong reasons, and we’re thinking about how this bill can be an escape route for the sins of this administration’s evils.

In whatever angle you try to see this issue with, this bill is an anti-poor move by the authorities yet again.

In whatever angle you try to see this issue with, this bill is an anti-poor move by the authorities yet again—and it stems from targeting children used by syndicates in illegal activities. In another article by Inquirer.net, the Commission on Human Rights declined this notion by claiming, “Placing the responsibility and punishing children for the crime and abuse of syndicates and other people is against the state’s responsibility to look after the interests and welfare of children.” It can also be noted in February last year that Senator Kiko Pangilinan said, “Why are police anti-crime efforts almost always focused on children? Should not PNP chief Bato focus on the syndicates exploiting children?” during the time when nationwide curfew was being imposed. “It is a crime to use children, especially for crime, just as it is a crime for parents to neglect their children. Going after the children instead of the syndicates is condoning poor and sloppy police work.”

“There is a lack of evidence and data that children are responsible for the increase in crime rates in the Philippines, UNICEF Representative to the Philippines Lotta Sylwander divulged.

What people repeatedly fail to see is how the bill leaves children more helpless than they could ever be. With this rule in hand, it offers more liberty to corrupt officials and criminal syndicates to get away with their wrongdoings. The consequences then take a toll instead on the children being used for the crimes, who have little to no proper knowledge about the actions being forced for them to do. For a long while, the government has been attempting to prove that a large chunk of the crime rate is due to the youth’s transgressions. However, there exists no support to back up the claim, “there is a lack of evidence and data that children are responsible for the increase in crime rates committed in the Philippines,” UNICEF Representative to the Philippines Lotta Sylwander divulged.

The children are mere victims of the circumstances.

The children are mere victims of the circumstances. At this age, you wouldn’t deny that they have no control over the course of their life just yet. The main targets of this bill are children who do not have access to education and basic social services. These children do not get to attend school. These children live in poverty areas, where crime rates are high, and when negligence by parents are a norm. But they get exploited by these nasty masterminds anyway, and get blamed as easy as that. In their fragile state, it’s a breeze to take them as captives. All they can do is nod out of fear. As UNICEF Philippines puts it: “If children who have been exploited by criminal syndicates are penalized instead of the adults who abused them, we fail to uphold the rights and well-being of children.”

In their fragile state, it’s a breeze to take them as captives.

Can you imagine nine-year-olds rightfully deciding for themselves? Jailing children for actions they may not even be aware of—since they still lack enough discernment to know what’s right or wrong—is just uncalled for. Marta Santos Pais, special-representative of the UN secretary general on violence against children, even revealed in 2017 that “the latest research in neuroscience is also particularly noteworthy as it shows that the human brain is not fully developed in its capacity for cognitive functioning and emotional regulation until well into the period of young adulthood,” and more importantly, “the capacity to distinguish between what is right and wrong continues to develop throughout adolescence.” Dr. Liane Alampay of the Psychological Association of the Philippines moreover stated, “Adolescents below age 15 tend to act on their emotions, including fear, hunger, peer pressure, threats and desperation, which is why they are pressured to commit crimes by adults, like syndicates or even their parents.”

This should mean they’re also developed enough to drink, drive, get employed, be involved in legal contracts, get married and even purchase a condom.

Other than this, the bill reeks of double-standards. If you think these children have fully developed their thinking processes enough to have full awareness of crimes, consequences and of universal rights and wrongs, then it should go beyond these situations as well. This should mean they’re also developed enough to drink, drive, get employed, be involved in legal contracts, get married, and even purchase a condom. In a Facebook post by DIWA Mental Health, the lowering of age of criminal liability is described as “an outright misinterpretation of mental health and psychological science.”

The railroading of this bill can interfere with anyone. It defines how our nation has become permeable to worse change; plans to only discriminate, abuse, and alienate.

The railroading of this bill can interfere with anyone. It defines how our nation has become permeable to worse change; plans to only discriminate, abuse, and alienate. Imagine the chance of a child getting forced behind bars over accidentally breaking a toy during an innocent playdate with their childhood best friend. We could have been paving for better roads: Rehabilitation. A strong support platform. Access to free education.

We could have been paving for better roads: Rehabilitation. A strong support platform. Access to free education.

Let’s not get confused with who the true evils are. As Senator Risa Hontiveros explains, “Instead of going after children, this government can make a real difference by getting tough on big-time drug lords, smugglers and plunderers.” She added, “these are the people who push the poor and the vulnerable into crime. These people turn our children into victims by exploiting both their poverty and their desperation.”

The approval hasn’t reached the Senate yet, but the battle is tougher than ever. Hope is wearing off, but as long as there are voices wanting to be heard, we can continue the fight—always and always, for the kids.