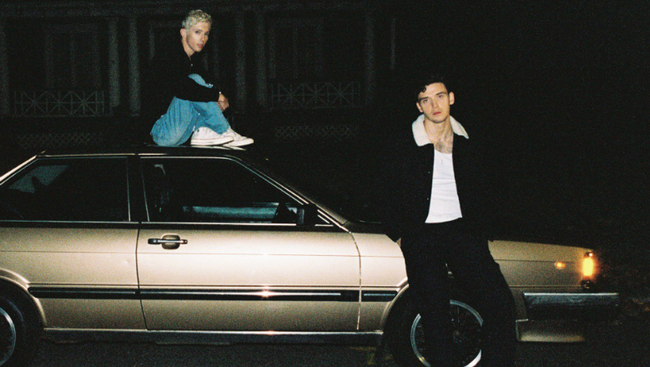 After a ton of not-so-subtle teasers, Lauv and Troye Sivan’s “i’m so tired…” is finally out for the world to cry-bop to. The official audio was released on each artist’s YouTube page accompanied by some straightforward one-take visuals, where the duo go on a dreamy twilight hour car ride.

The video was released in two versions, one for each artist. In Lauv’s version, Troye takes the wheel while we see only his reflection in the rear view mirror. In Troye’s version, we see Lauv driving instead. Well, the two seem to have a great time collaborating, which is probably why they didn’t mind doing two takes. That, and the song is honestly a fun road trip banger.

“Lauv is such a great songwriter, and him and I were writing together for his project when the song came about. We ended up creating an accidental duet, and I couldn’t be happier to be on the song,” shares Troye in a press release. Lauv has been working on his upcoming debut album, and this will be the last single he releases before going going full throttle on the album production.

There is nothing but love between the two musicians. “I’ve been a huge fan of Troye’s music and what he does for the world for years, so working with him was an absolute honor. When we wrote ‘i’m so tired…’ he just sounded too good singing it, so I think it was just natural to do the record together,” says Lauv. We’re digging their bromance, is it too soon to make a ship name now?

They’re set to perform the song on Jimmy Kimmel Live! this coming Feb 6. In the meantime, we’ll be bumping their collab Spotify playlist.

SHAREMiss the cinemas? Cinema One has been trying its best to cure that...

SHARENo matter how much you love your job, there will come a time...