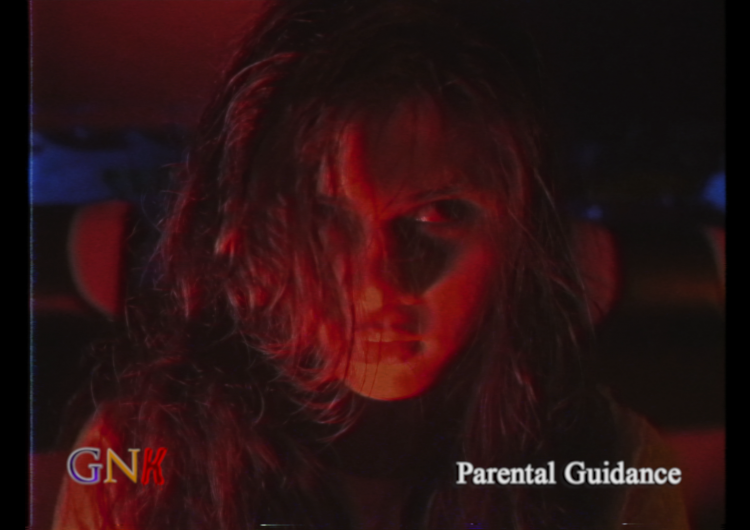 If you spent a good while cross-sitting in front of the television anytime between 1988 to 2004, you’d know how Magandang Gabi Bayan’s Horror Specials scared us. The show’s special segment, which airs every Halloween season, was an ode to all things macabre, Philippine setting-wise: white ladies, haunted houses, tikbalang, and so much more. Years later, a film made as a parody of this segment won in the Open Category of CineFilipino as Best Short Film in 2018. This film is Gabi ng Kababalaghan, directed by Stephen Lopez.

As a parody, the short film relies on visuals. Akie as Gabi ng Kababalaghan‘s cinematographer made sure that the story was delivered with the arresting colors and shots. Scenes scrutinizing the existence of so-called ghosts were well-placed under hair-raising angles, and re-enactments of these narrated scenes were packed with loud, catchy hues.

Aside from pulling parodies, Akie is also a socially aware storyteller. With the help of her cultural organization that creates art to advocate for urban poor rights, SIKAD (Sining Kadamay), she is able to capture moments where the marginalized masses in revolt are the lead characters. In this time of injustice and historical revisionism, this kind of art is what we need.

We see a true creative in Akie: dynamic and multifaceted. Also: self-conscious. Although it had taken a long while before she sent in her answers in this e-mail interview (she wanted to say the right words), we understand where she’s coming from. Aren’t we all conscious as creatives?

Here we see Akie’s body of work in the fields of photography, advertising, and filmmaking, as well as how storytelling works in her point of view.

You shot and lit a parody of Magandang Gabi Bayan’s horror specials, Gabi ng Kababalaghan. Can you tell us more about this? Whose idea was this? Was this a spur of the moment thing or did your team make it for a contest?

It was a passion project by my friend, Stephen Lopez, who wrote and directed it. We wanted to make a short film that’s absurd, hysterical and an ode to the old horror movies of the ’70s and ’80s.

How challenging was it? What factors did you consider for the success of the story?

It was relatively easier to do compared to other narrative stories, since our film was a parody of Magandang Gabi Bayan and most of the stuff we shot were mockumentary and re-enactment scenes. These were some of my favorite parts to shoot since we could freely do anything we wanted with them and just roll with it, everything was stylized, crazy, and a lot of fun. 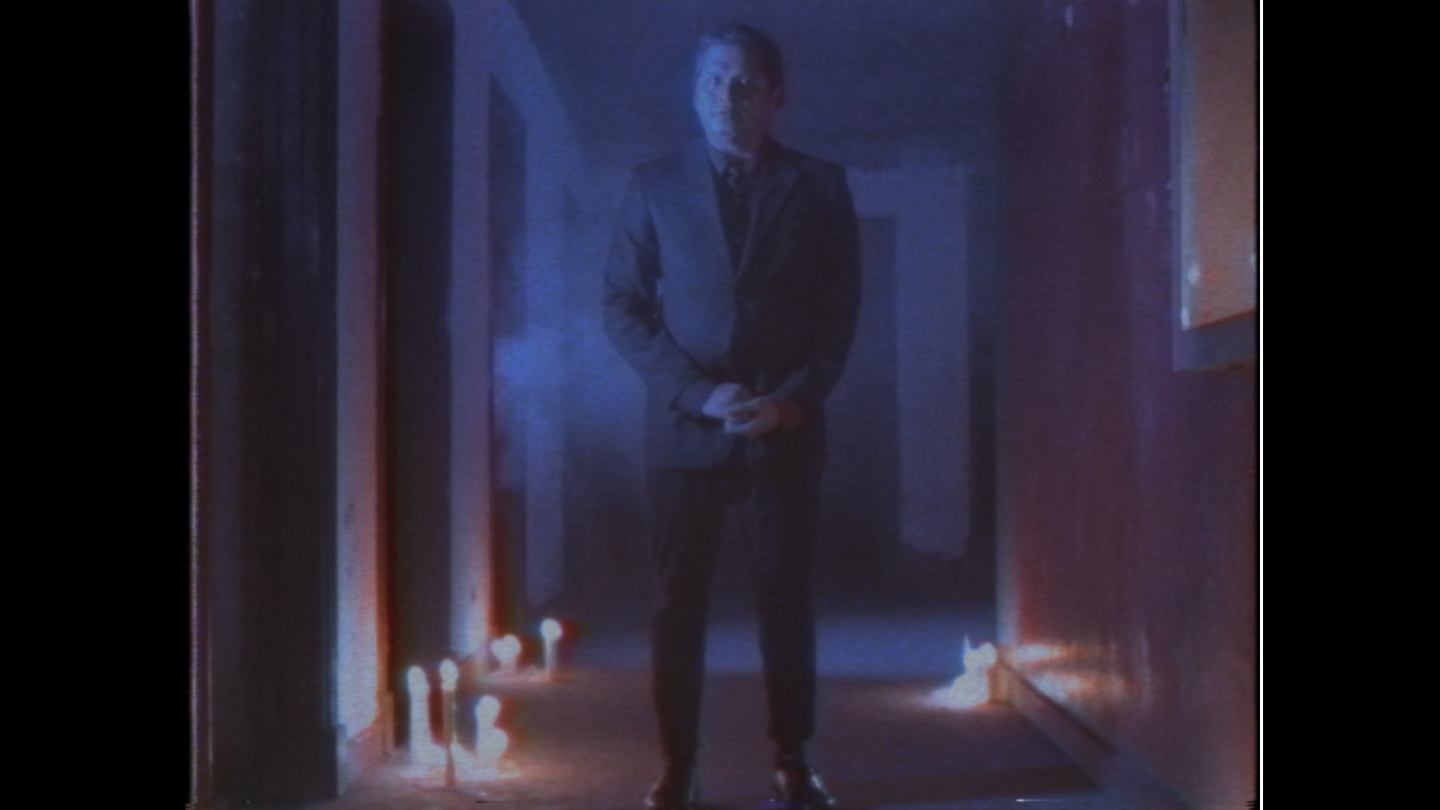 To prepare for the shoot, we watched an unhealthy amount of Magandang Gabi Bayan (Halloween specials) and Verum Est – Totoo Ba Ito (an old horror documentary program that aired on channel 2) on Youtube for reference. This helped us recreate the atmosphere and feel of these campy and highly entertaining programs. Cinematography-wise, this meant that we shot a lot of the scenes with garish and theatrical lighting with heavy use of smoke and color.

I believe that the success of the film had a lot to do with the quality of production—not necessarily in production value since we were on a tight budget but the quality of the work we were able to put in. The producers, Sheka Ong and Stephen Lopez, knew very well that the work schedule and hours could highly affect the quality of the film. With this, they made sure that we only shot for a maximum of 12 hours per day, which in the Philippines is uncommon since most productions—even those heralded by big studios—make the cast and crew work for insanely long hours—sometimes more than 24—in a desperate effort to cut costs for labor.

How would you describe your cinematography?

I am just starting out so I don’t think I have a distinct style as of now. There are certain cinematographers who would prefer to work with the same directors to execute the distinct style they have developed. But at the moment, I think it is important to adapt your style and workflow to the needs of the story and the vision of the director.

If there is a particular style or imagery that I lean towards to, it would be inspired by the works of my favorite photographers and visual artists like Nan Goldin, Daido Moriyama, Takashi Homma, Edward Hopper, among others.

Aside from cinematography, you also do directing, photography, and work in advertising. I think it’s a common problem for young people like us to have a distinct style in every medium, that’s why it’s also hard to do multiple things at once sometimes. How do you deal with this?

For the longest time, photography has mostly been a hobby for me and I bring my compact film camera with me everywhere. I don’t really have any particular advice on how to work on your style. All I know is that I am developing it by taking images whenever I can and exploring the styles of different photographers, although I usually gravitate towards Japanese photographers. I also constantly take pictures because it helps me develop my eye for cinematography and filmmaking in general. 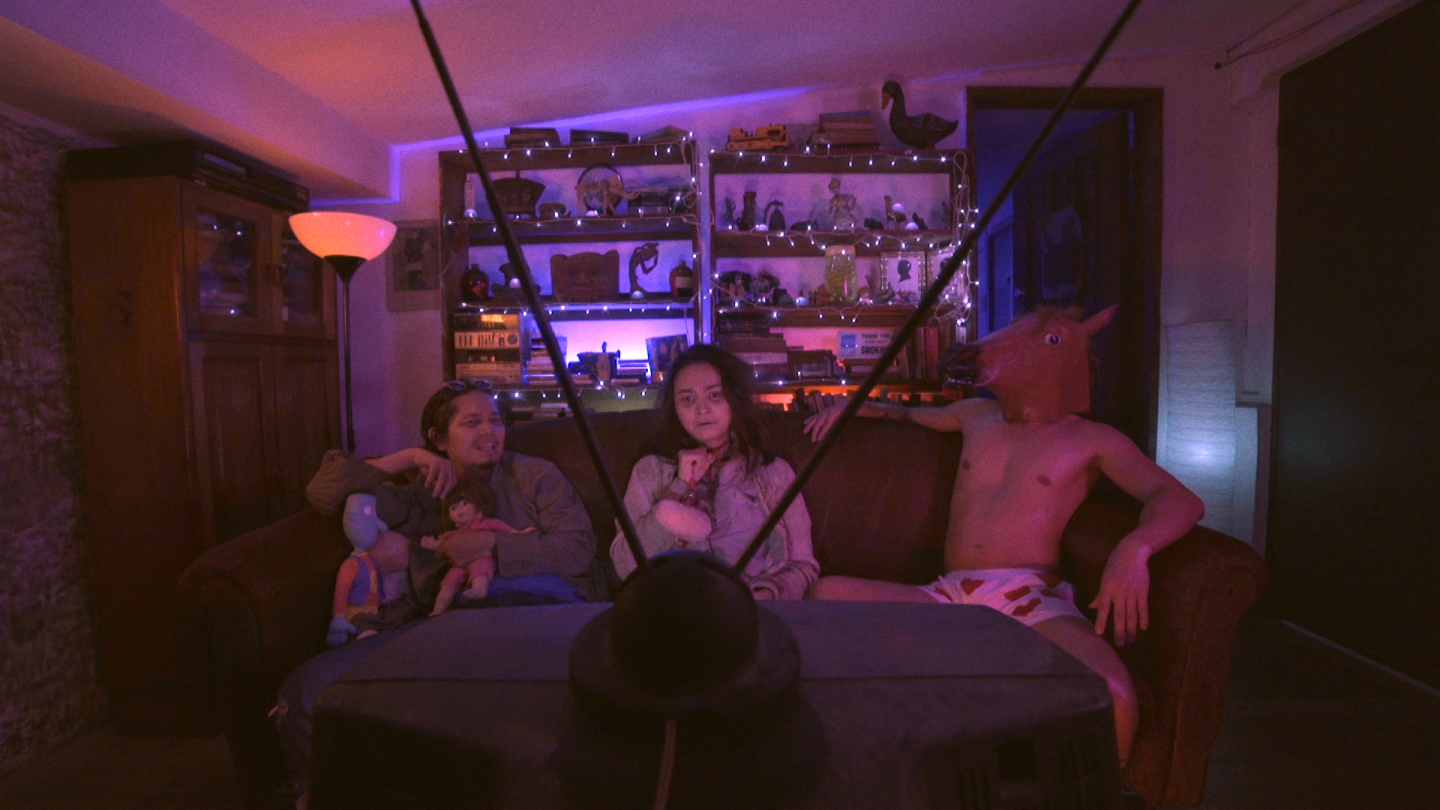 As for directing, I watch a lot of movies and media to expand my knowledge, although I always gravitate towards the same type of movie or genre. As with cinematography, my filmography in directing isn’t as prolific but it’s important to note that directing or telling stories isn’t necessarily defined by a certain creative style. A lot of it also has to do with the kind of stories you want to tell and how you frame them, the kind of characters you want to focus on, and the politics or political stand you carry in your films. 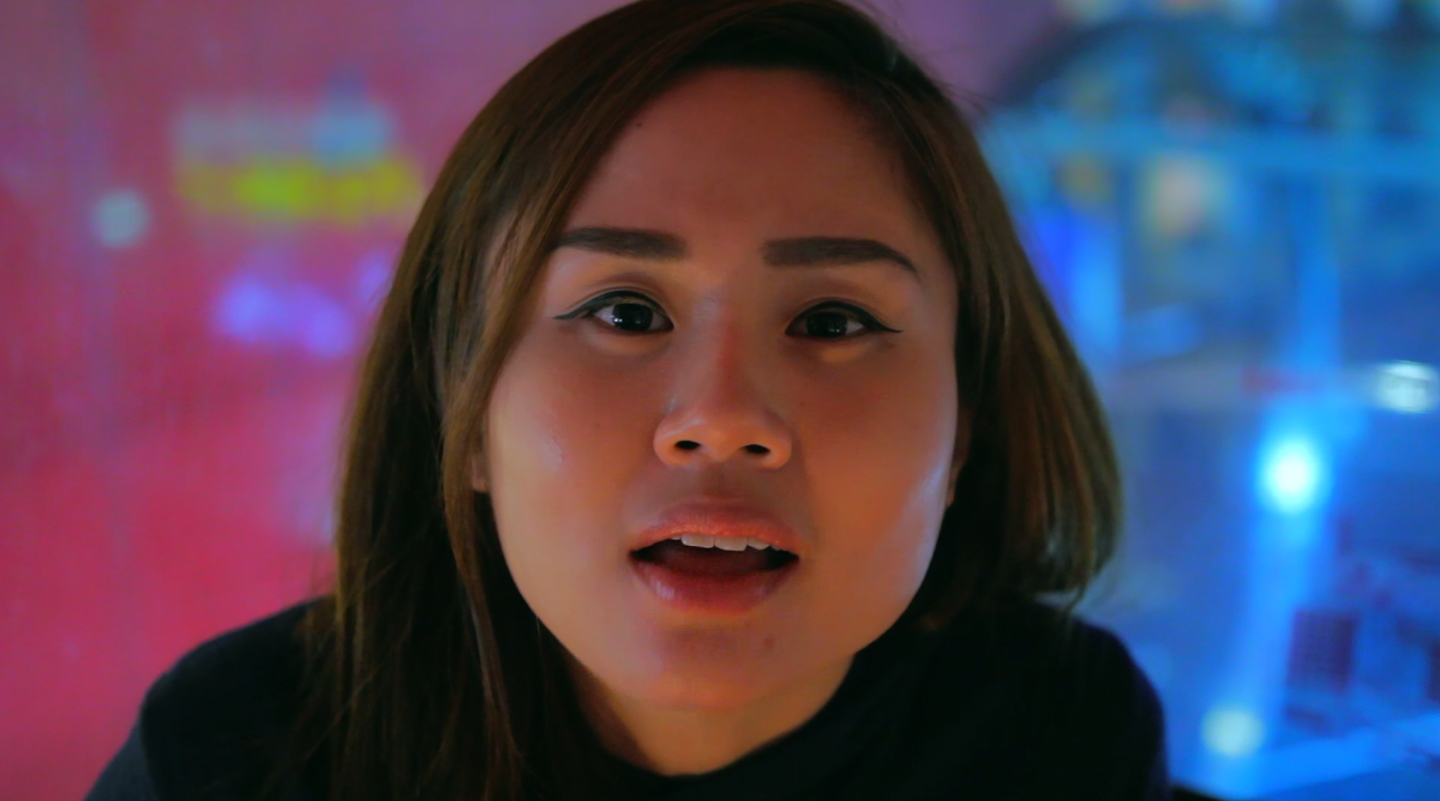 What stories do you currently tell? What other stories would you like to pursue in the future?

I’m part of SIKAD (Sining Kadamay), a cultural organization that advocates for the rights of the urban poor. It’s composed of visual artists, theatre artists, writers, musicians, filmmakers, etc. I belong to the film group and as cultural workers, we make films and videos that highlight the voice of the masses. Since our sector is the urban poor, we focus on issues like right to housing, job security, just wages, the fight against demolitions/evictions, and human rights abuses like extra-judicial killings of the poor.

Even outside SIKAD, I personally want to keep making films that are militant and those that prioritize the stories of the masses. Our country is constantly in crisis, and I believe that in times of crisis, we should not turn away from it. We should keep making art that does not only reflect our ongoing political situation but also encourages taking direct action. 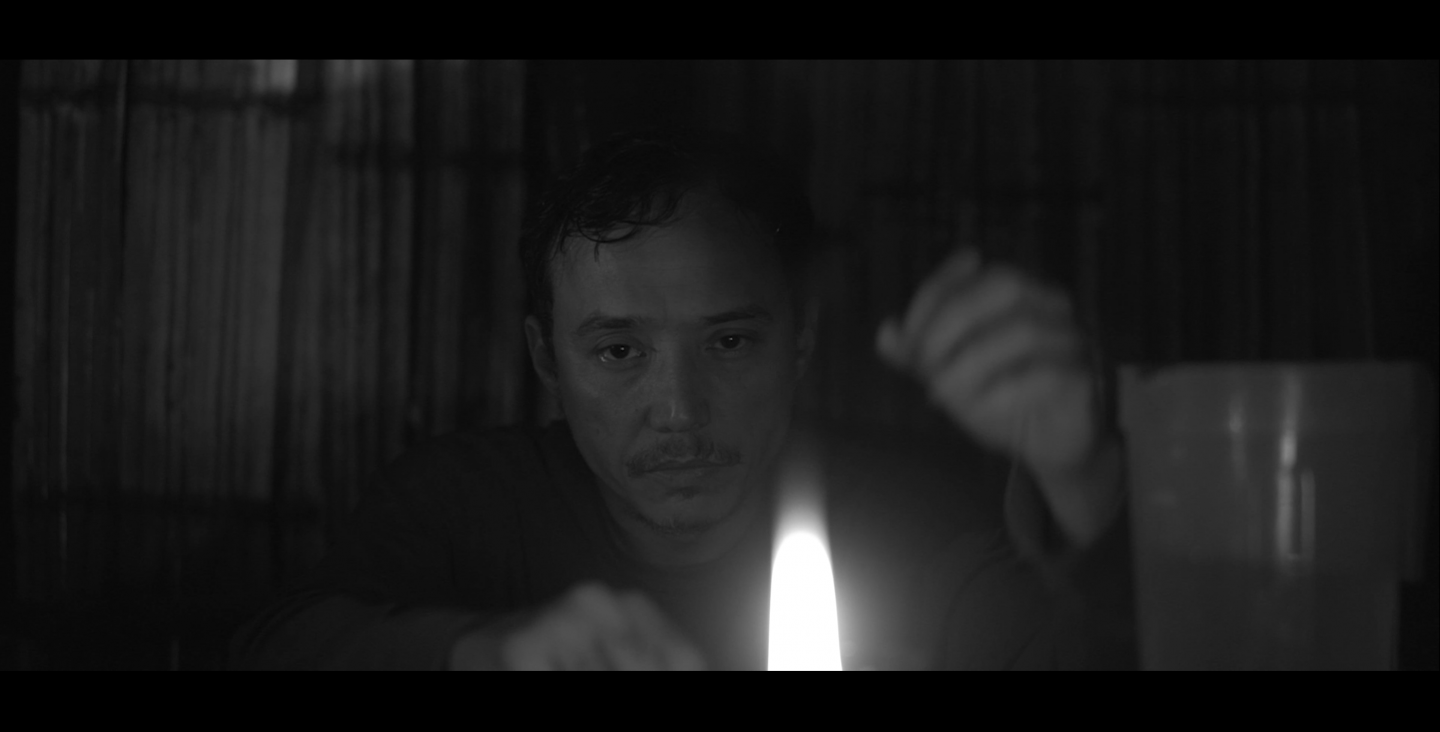 Akie is currently planning another collaboration with Gabi ng Kababalaghan director Stephen Lopez—a short film called “Hito” (“Catfish”), which tells the story about a young girl who gets caught up in the violence of her community and strikes up a friendship with an intelligent-talking catfish. A commentary about the abuse of authority against poor communities, “Hito” will also show how such event may affect young children.

This story is part of our #SeenOnScout series, which puts the spotlight on young creatives and their body of work. Akie and many other creatives shared their work at our own community hub at Scout Family and Friends. Join the Scout Family & Friends Facebook group right here, and share your work with us in the group or through using #SeenOnScout on Twitter and Instagram.

SHARE“BoJack Horseman” trailers have always looked like a recollection of experiences that foreshadow ...

SHARE“Last try.” This is what a skater says before he attempts to perform...