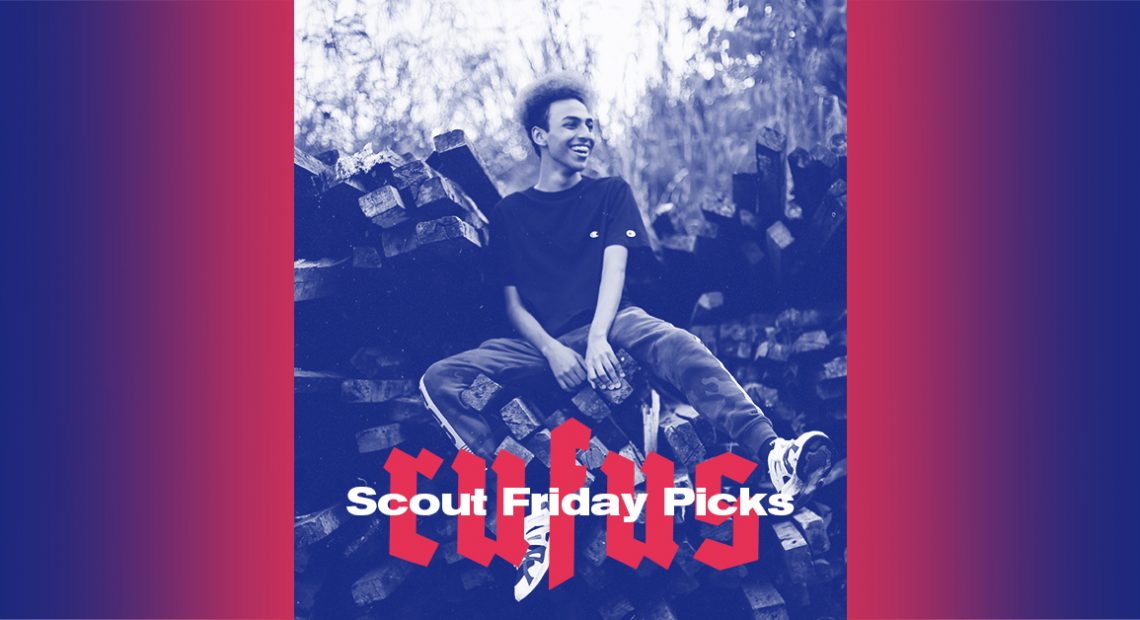 “You don’t have to be of high social status to succeed in whatever you want to do. You don’t need to be a social media influencer trying to be a musician to succeed,” the 16-year-old Malaysian musician RUFUS says. “You can be from anywhere in the world, at any age, with any background, and still make something out of yourself.” 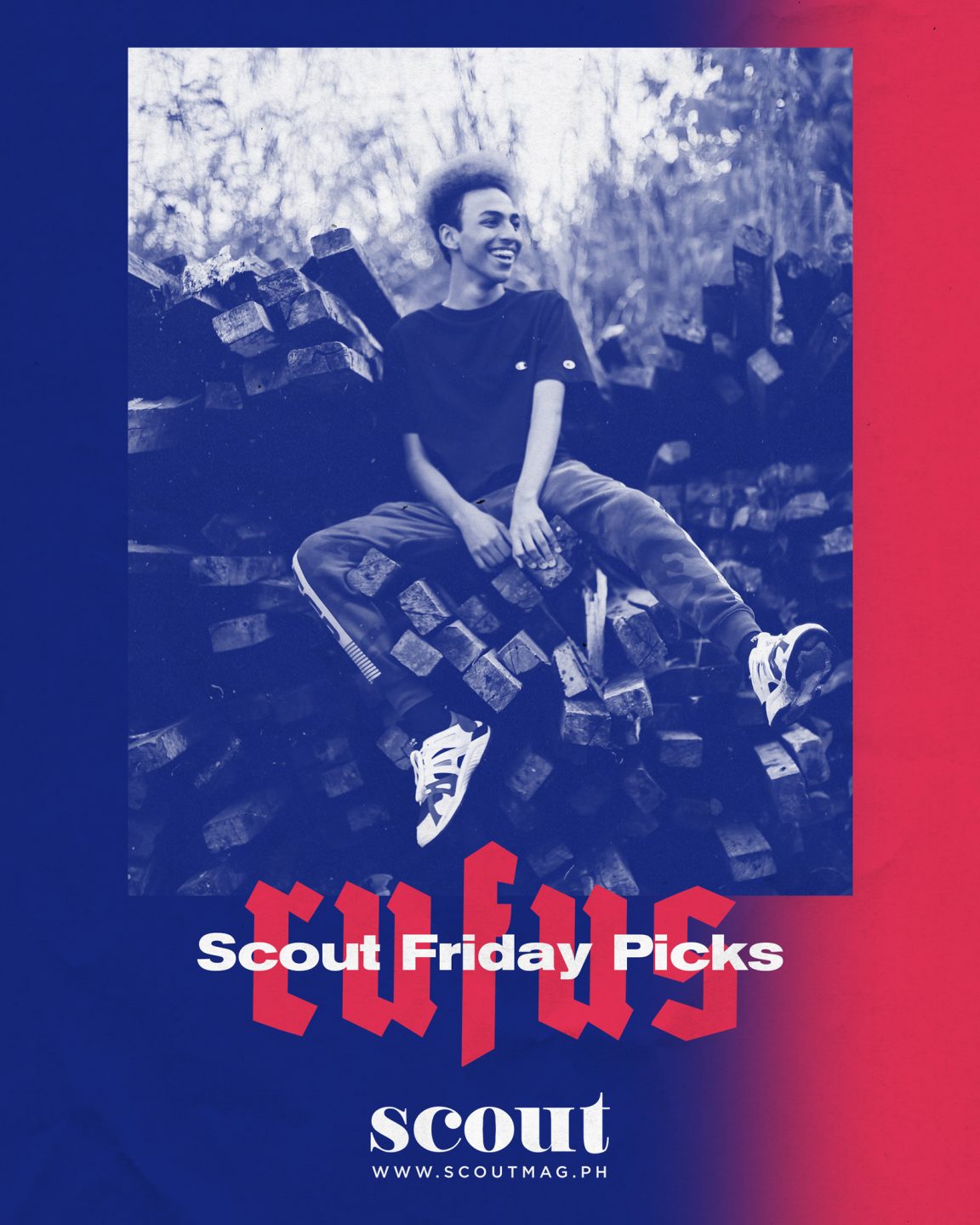 Rufus Sivaroshan is fuelled by ambition. For instance, his goals are to inspire artists to pursue their craft regardless of their social status and diverse background. That’s a bit fantastical for a cynic myself. But maybe, that’s why an optimistic wunderkid like RUFUS exists—to make change happen with their own craft and blind determination.

“You can be from anywhere in the world, at any age, with any background, and still make something out of yourself.”

The name RUFUS might be lost to people outside of Malaysia. But as soon as his debut track drops, his name will go beyond his own music scene. He’s been slowly building up his music career for two years now. Starting out as an Ed Sheeran super fan who makes covers on Instagram, he garnered a solid following from different parts of the world, from his home turf to countries he has never even been to like Canada and America.

Today marks his official debut with his single “Fine.” But even before this drop, he’s been working non-stop to get the right support from the right people. This hard work bore fruit when he became the first Malaysian artist to sign with AWAL for distribution. His current label mates are artists like Lauv, Rex Orange County, and VERITE. Not bad, right?

RUFUS might be fuelled by ambition like any other young hopefuls in the music scene. But what makes him stand out is his determination to break the industry’s toxic standards on fame, while learning the ropes at the same time. For this week’s SCOUT Friday Picks, we talked to this rising electro-R&B musician about the struggle of molding his own sound, the small yet vast Malaysian music scene, and why it took him two years to officially debut.

How would you describe your sound to first-time listeners?
I write acoustic songs, but I sing them over a pop track and I make it sound good. Easy.

If you made a mixtape of musicians who have influenced you, who will be in it?
It’ll be a very very weird mixtape. I’ll put some classic Ed Sheeran songs there ’cause I’m a massive fan of him. I pretty much started off doing acoustic songs or writing acoustic songs. I would throw in lots of Jeremy Zucker, Chelsea Cutler, and then I would even throw in some hip-hop. I would put in Logic and Childish Gambino.

“Back in the day, we didn’t have computers, we didn’t have synths, and all this crazy stuff to make music. It was literally banging on tablas and pushing your voice to the limits. That’s what Indian art is.”

You’ve entered the music scene at a very young age. What pushed you to pursue music in the first place?
I was technically born into music, I would say. My mom was very into Indian classical music and my dad used to play the piano when he was younger. My mom pushed me to go into Indian singing classes and I hated it at first. But three to four years ago, I started to pick up singing again. I’ll be in my bedroom and I would constantly practice.

I pretty much taught myself all the techniques when it came to being a vocalist, picked up a guitar two years ago after an Ed Sheeran concert, and I just started writing. All of this came hand in hand. Just over a year ago, I decided that I should probably take this seriously. And here I am. 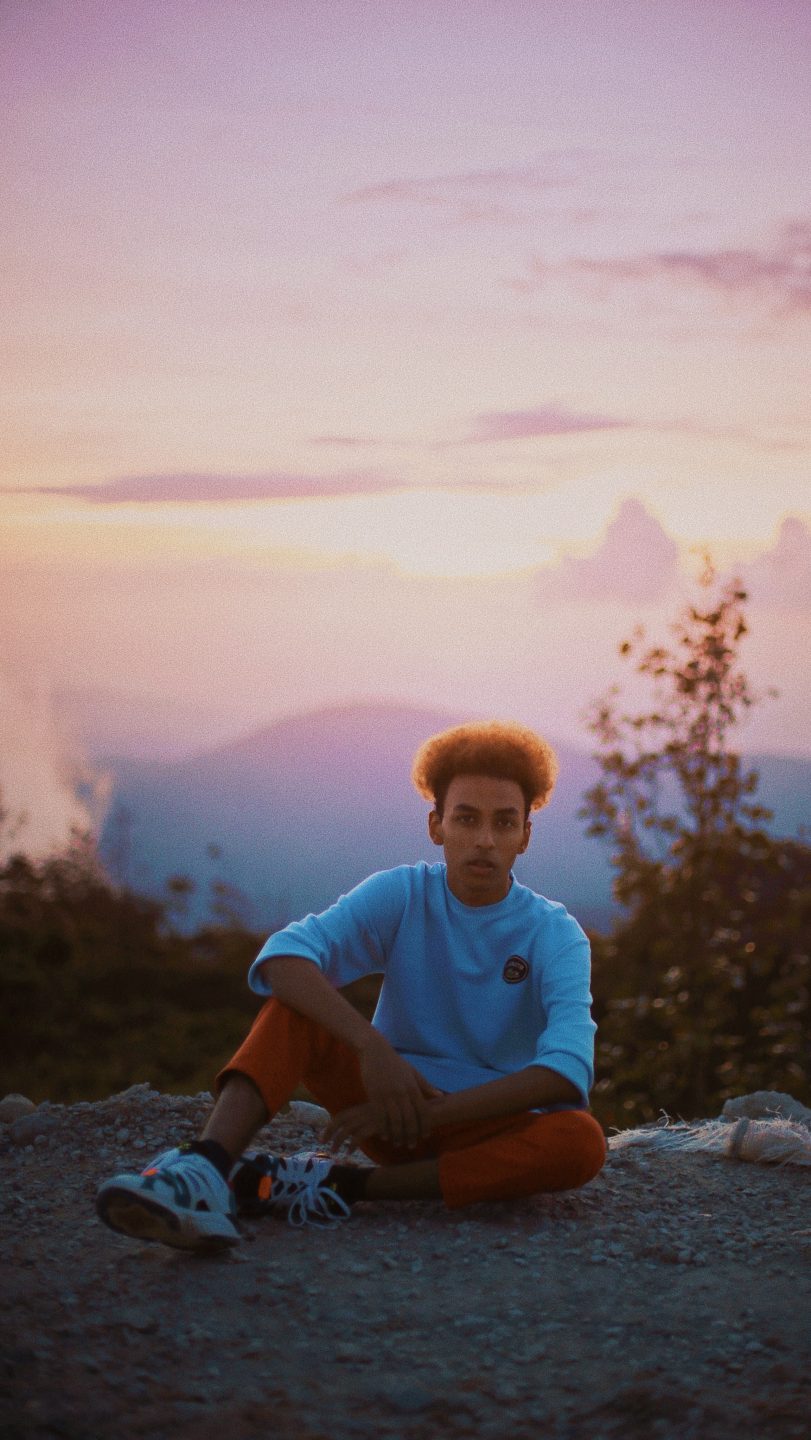 How did your Indian classical music training influence your craft?
I started doing Indian singing classes when I was five. It was definitely the stepping stone for my singing style as of now. And I really like cultural arts for how creative it is, you know? Back in the day, we didn’t have computers, we didn’t have synths, and all this crazy stuff to make music. It was literally banging on tablas and pushing your voice to the limits. That’s what Indian art is.

And to an extent, I’ve taken that to my music production. I love using different instruments whenever possible. And in that sense, cultural arts has poured in my style of music.

How long have you been doing your solo project leading up to this debut?
Around December 2017, I started an Instagram account where I posted lots and lots of covers. And it got traction within a couple of months. It was very overwhelming, especially when a few Canadian people followed me on Instagram. I quickly became their internet friend. That’s when I got exposed to the American music industry.

It’s crazy how my sound reached America and Canada. I eventually learned about cover artworks, marketing, distribution, touring, and merchandising. All of these fundamentals in the music business. And then from there, I got to meet producers and different artists that they know. I got to talk to them ’til one thing led to another and my name started to get around.

I’ve never been to America or Canada once. I planned on going very soon. But as of now, I’ve done literally off my laptop, through email, and through FaceTime.

Did the attention you received from America and Canada’s music scene excite you or overwhelm you?
Definitely both. I started to gain a lot more traction, it’s honestly insane. When you look at it, half of the people who are following me on Instagram and social media are based in Malaysia, but there is like 30 percent from the U.S. and 20 percent from Canada. There are these different people from around the world, telling me that they love what I do. It is pretty scary, not gonna lie.

But I use all of these as my motivation to produce music and go out for everything that I do with this venture. Realistically speaking, this is my first single ever. This is the beginning of a whole plethora of activities to come.

“‘Fine’ is a song that people can relate to like with their personal problems, mental health struggles, and anything within that realm is something that my age especially go through.”

Of all the tracks you created, why is “Fine” the perfect track to debut with?
I was never meant to release “Fine” in the first place. When I started writing it, I was on the train back home at my lowest point ever. My mental health was terrible, I just got out of a relationship, I was getting judged a lot at school, and all of this was very recent as well.

I wrote the song out of nowhere with that initial hook. And then a week later, I called my friend Daniel Ezra (co-writer/producer), and I played him that hook. He loved it. And then he said, “This should be your debut song. I don’t know why you’re considering releasing all the other ones you’ve planned out. This should be it. There’s so much meaning to it.”

“Fine” is a song that people can relate to like with their personal problems, mental health struggles, and anything within that realm is something that my age especially go through. It’s not a love song. It’s a song that tells people that regardless of whatever you’re going through, you’re going to be okay. And to have that as your first song is an incredible feeling. 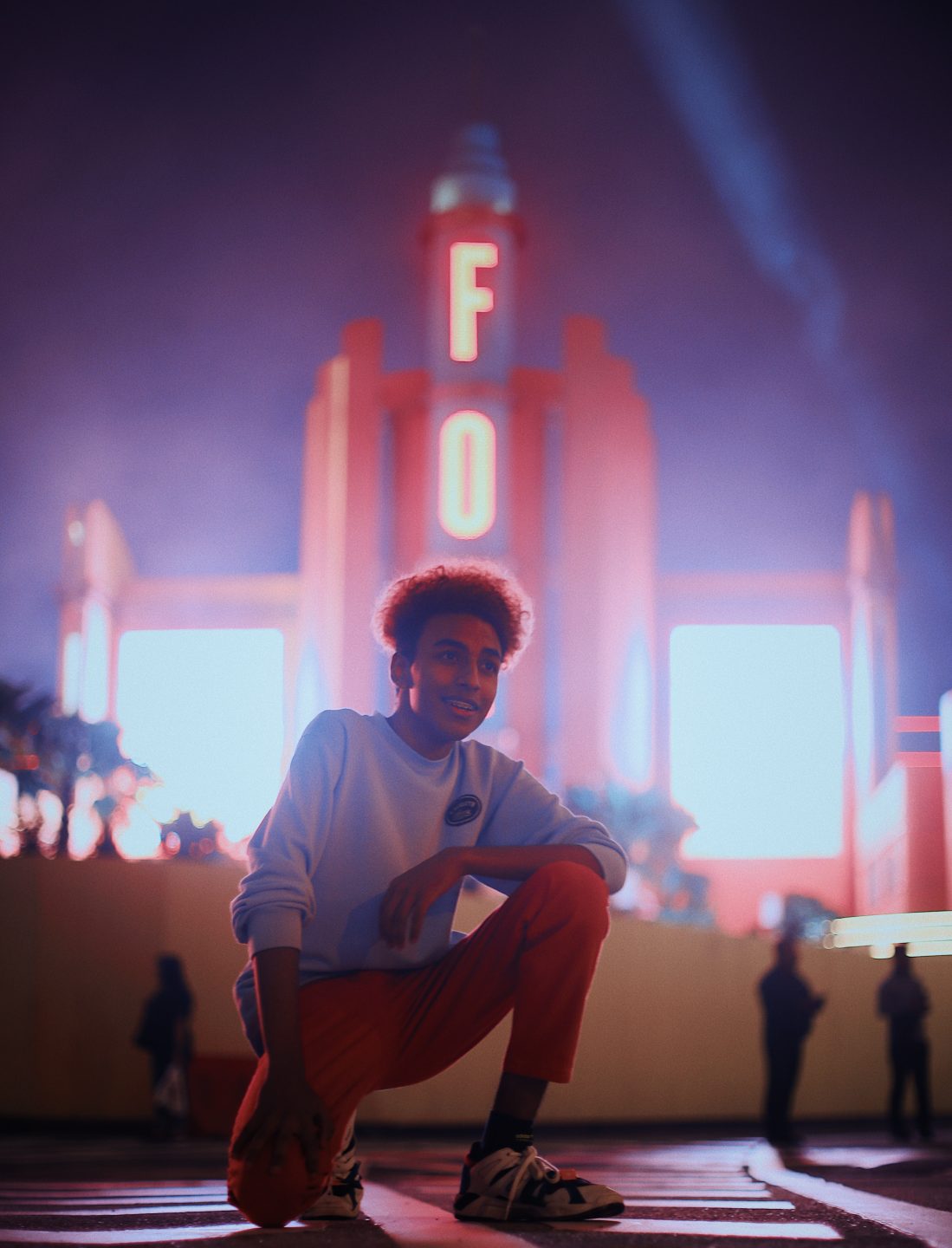 “Everyone thinks there are only a handful of artists that perform. But when you start going to open mics or any other music venues, you’ll be surprised how big the Malaysian music scene is.”

There are so many indie bands with different genres; rock, alternative, and others apart from pop. I’ve taken inspiration from a lot of Malaysian artists who have gone international. For me, it’s Yuna. She’s the first Malaysian artist to start this whole international venture and she succeeded. And AlexTBH, who SCOUT has covered and I am a massive fan of, has done crazy things and he’s done them on his own.

If you speak to your average joe here in Malaysia, they don’t know jack shit about the music scene – and that’s sad. It’s getting better, for sure, but if you were to look into it, it’s crazy how vast and big the music scene is here. I’ve fallen in love with the close-knit, collaborative environment. I can talk to anyone about everything, and I can be myself amongst all my peers here in Kuala Lumpur. I hope everyone in scene gets the recognition they deserve.

“Location and age don’t indicate success, whether it’s in music or in any field.” 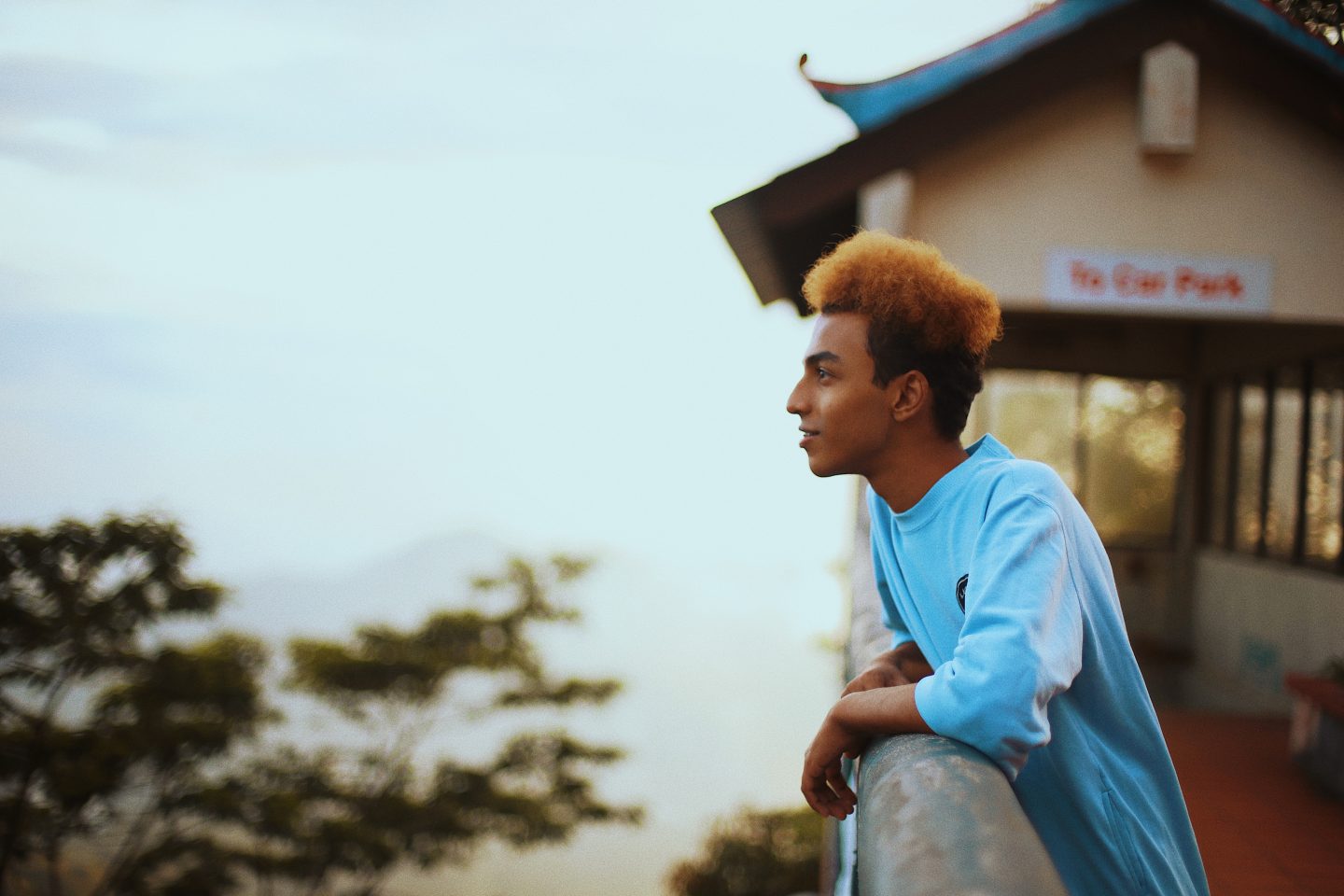 What kind of change do you want to contribute as a musician?
I see my friends and they’ll say, “The Malaysian music scene is so messed up. What are the chances of Malaysians like me succeeding internationally?” My goal is to break that barrier while being the youngest musician out there. Location and age don’t indicate success, whether it’s in music or in any field.

Why is 2019 the perfect time for the world to know about RUFUS?
I’ve wanted to release songs in 2017. I wanted to release songs last year as well, but I didn’t. I felt like I wasn’t ready. Not only that, but my production style was not ready and I didn’t have my own sound. I’ve taken the past year to learn everything I possibly could to work with all of the right people until I reach a point where I’m like, “Okay, I’m ready. Let’s put out songs.” And I have reached that point.

This year makes much more sense because now I’m ready for it all.