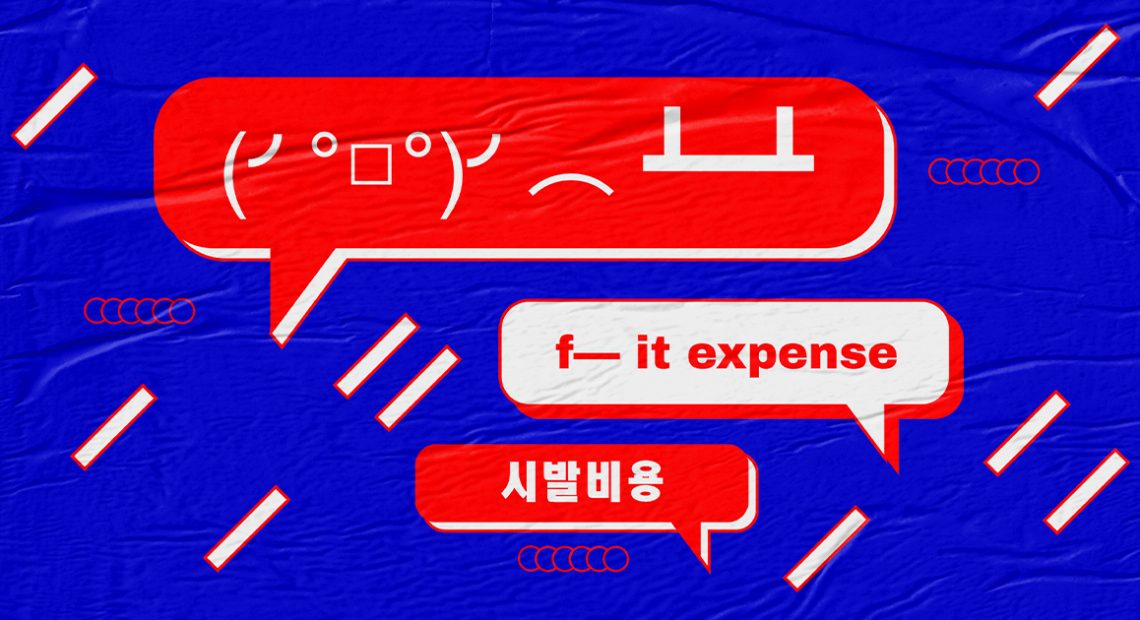 Given my daily routine, I can only meet my friends on Saturday afternoons.

We’d stay in cafés with overpriced menus to catch up on each other’s lives—how we’re coping with “adulting,” and to figure out if we’re doing it well. Deep down inside, we know we could have talked about this in a serene spot in Tagaytay, or by a beach in Batangas. Our group chat is a witness of our plans of saving up. But no matter how much we try, we’d always find ourselves settling for impulsive meetings in places clad in rapid comfort and… gratification, I guess? Because it always feels easier. With our constant list of expenses, we doubt that trip would happen.

“I feel lost in life. I want to study again,” my friend confesses over a half-finished latte. “But I can’t save up. I have to pay the bills. And I can’t stop buying things. It’s the only way that prevents me from stressing out, and it keeps me motivated to do things. At least for a day.”

I am 21 years old, and other people my age share a habit too obvious yet we’re too ashamed to admit. I’m talking about the way we spend.

Imagine how our daily stresses are somewhat relieved by inessential purchases. These may be unreasonably pricey, but we succumb to these pleasures anyway. What about our investments in the future? Our dreams to finally afford living independently, or travel abroad, or study again for a master’s degree? How about that passion project or that small business? With each tiny and seemingly unnecessary purchase, these goals slowly go down the drain.

What’s with having fancy coffee delivered in the middle of the day when chasing a deadline? What’s with buying a top out of the blue, when you were just planning to get an affordable dinner—just because you wanted to nurse yourself over your boss’ bad feedback? In South Korea, these purchases are filed under “fuck-it expense.”

Back in 2017 The Korea Bizwire reported about a popular phrase emerging among South Korean consumers. This is called Sibal (fuck) Biyong (cost or expense), which directly translates to “fuck-it expense.” Korea Exposé defines this term as the “very conspicuous tendency to spend money on what seems to be very inconsequential things.” They further compare this to claw machines which don’t guarantee a prize—and if there is, it doesn’t equate to the price of what they gambled.

Last night I learned a new phrase all the (working) kids are using: “시발비용 [shibal biyong]”.

I’d translate it to “fuckit expenses” – as in “‘Fuckit, I am working so hard, I’m gonna buy this for myself’ expenses.”

Kids these days are so smart.

The term apparently originated from an office worker who tweeted “thoughtlessly while chatting with friends about how they spent money to relieve stress and cursing.” Soon, the term spread like wildfire.  Consumption is now seen as a saving grace for worries, a remedy for daily stress, and an easy one-way ticket to comfort, because people can’t wait too long for a big reward. As Korea Exposé further puts it, Sibal Biyong a “way to claim self-esteem through small purchases” despite living a relatively “unhappy life.”

Read also: How I Learned To Love The Hunger

Sadly, we can say that the young generation is an easy target of this circumstance. Because of this financially draining reality, “the younger generations are making their consumption choices for the present, unlike older generations who saved for the future,” Sungkyunkwan University sociology professor Koo Jeong-woo suggests. This roots from tougher employment and even tougher promotion.

Aside from indulging in overpriced cravings, the purchasing behavior reflected by Sibal Biyong can get as far as taking the cab instead of the bus because of exhaustion. We’d think we couldn’t survive going home with the challenge of public transportation. So, in a blink of an eye, we’d ditch it for some solo car comfort. Instead of making way for bigger, long-lasting investments for the future, we dip our toes into instant pleasures that we can afford at the expense of our savings and long-term aspirations.

Very useful Korean slang. As in, “fuck it, I’m tired, I’m taking the cab instead of the bus although it’s more expensive.” https://t.co/tybWgijOmN

We, the youth, are often mocked for embracing instant gratification. But can the world really condemn us for it? As what  The Asia Pacific Foundation of Canada explains in “The Youth Element: Consumption of Happiness in Uncertain Times,” “in a (post)neoliberal world, where economies, housing markets, and job markets worldwide are still reeling in the aftershocks of the 2008 financial crisis, millennials find themselves living in economic uncertainty and precarity.” Well, who won’t relate to this frustration? These bright-looking but financially robbing practice of Sibal Biyong serves as an “escape from societal stresses and burdens, which are often times beyond their control.” We often say we need a break, and sometimes relief comes in a form of material possessions.

This phenomenon displayed in a new Korean slang 시발비용(fuckit-expense) is real. Econ problems are not making millennials more frugal; rather, they’re making them give up on long-term goals like housings & spend away salaries on small stuffs that make daily life slightly happier https://t.co/0sCZqEEXTm

The emergence of this term in South Korea, then, is not a surprise. As the Korea Biz article reads, “Korea’s demanding society and struggling economy.” According to a Business Insider report,  youth unemployment in South Korea also reached a 19-year high. “For the past five years, it’s been around 10 percent, though the overall unemployment rate is 4.6 percent,” the Business Insider article reads.

Does this sound familiar?

A recent study conducted in the Philippines revealed that seven out of 10 teenagers don’t have a dream. And the reason? Poverty and lack of access to opportunities. It’s really tough to get self-esteem for a dream in that case.

Meanwhile, a recent report by Inquirer shows that we have all the reasons to feel bad. Out of 52 countries compared according to how much the minimum wage can cover basic nutritional requirements, Philippines is at the 51st spot. “The government should find ways to ease their burden. The same goes for private employers, particularly those that have been generating so much profit for so long,” the report suggests.

So, what can we do then?

The next time we’re close to buying impulsively, maybe we can take a good look at our aspirations. But at some point, the system has to change. We can try to get out of this habit, but if we’re still stuck in this old, messy system, we’re down to drink the same poison. What else can we do? Maybe in this year’s elections, we can pick the leaders who give a damn about our welfare. After all, aren’t we the hope of this nation?

SHAREHaving both grown up on the streets of Compton, a young Kendrick Lamar...