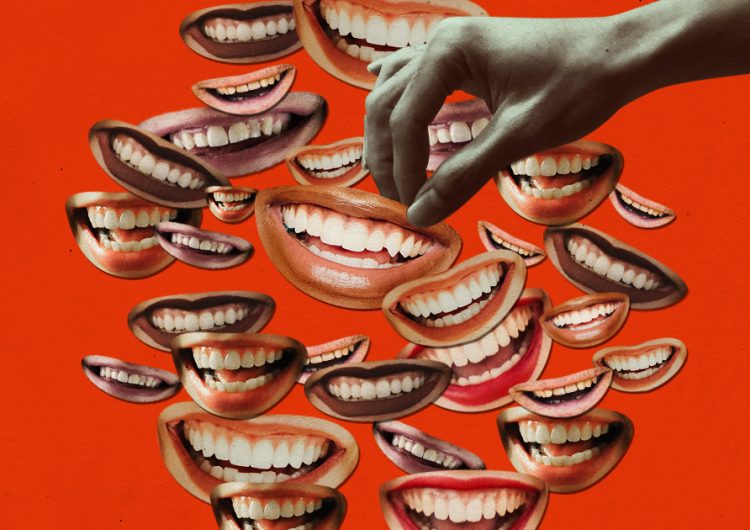 We’re basically living the meme age. Scroll at least a minute through your Facebook feed and get back to me if you haven’t seen at least one viral photo of a mundane event topped with the most ill-fitting sans serif font. The culture is rapidly growing; some even made an exhibit and dozens of memeposting groups. From secretly laughing at the edges of 9gag to making ones for ourselves based on pop culture or personal realities, it’s safe to say that anything has the potential to be a meme.

Read also: We figure out where these memes come from before they die

According to popular verdict, the fools in April Fools’ Day are our social media friends falling for our online pranks (read: new relationship status or an edited photo of your “moving day” to the US). But in the general scheme of things, what we don’t notice is that we, the citizens of the interwebs, can be the real fools whenever we share an inappropriate or insensitive meme.

Before we all click that “share” button of today’s most viral post, perhaps we can take a look at this checklist of factors to consider in prolonging a meme’s lifespan.

“Ugh, what a killjoy,” some of you might be thinking. But hey, before you decide to stop reading this article and closing this tab, you might want to think again. Start with investigating on your actions online, because here’s some real tea, hun: The internet, as much as it is a one-way ticket to a free and accessible world, isn’t a valid excuse to freely yield abusive messages.

Before we all click that “share” button of today’s most viral post, perhaps we can take a look at this checklist of factors to consider in prolonging a meme’s lifespan. Because you know, we don’t laugh at the expense of someone’s feelings. Just don’t. Sorry not sorry, but some memes deserve to GTFO.

Does it promote slut-shaming or sexism?

It’s already 2019 and people still give a damn about other people’s lives. Recently, a meme based on the suggestive delivery of the name “Jonel,” the ex-aide and alleged lover of Senator Leila De Lima, has been making rounds on social media. The video originates from a 2016 probe regarding Senator De Lima’s alleged involvement in the illegal drug trade in Bilibid New Prison. Yes, he could be a key person in the investigation. But instead of critical discussions about the case, the probe divulged details, which are insignificant to the case.

This was clearly a mechanism to slut-shame De Lima, and therefore reflects an act of misogyny. Damn, this isn’t the only meme we know that degrades matters in relation to sex. Remember when we wrote about Anna’s Online Store making those “Tomboy na mataba” starter pack memes? Geez, that’s straight-up body-shaming and minority group degradation right there.

Does it come from a traumatic/sensitive event?

Slipping on a banana peel is a classic comedy act that somewhat makes fun of a physical injury. It’s a funny act when done right. You know what’s not funny? Jokes that borrow from traumatic and sensitive events.

The key to scrutinizing memes like this is to look at it using the victim’s POV in the situation. One meme sensationalized as “Abugbog Berna” stemmed from a very alarming case of a kid beaten up by her alleged stepmother. This issue gained a lot of attention after a video showing the child’s call for help spread like wildlife on the internet. With eyes terribly swollen and bruises all over her body, the young girl kept saying “Berna,” the abuser’s nickname, as she also tried to describe what happened. Thus, the phrase “abugbog berna.” If you think again, it’s definitely insensitive for people to reenact a painful cry of a helpless kid, much more making parody vlogs out of them. I mean, what the fuck? Insensitive lols for likes? Gross.

If you think this couldn’t get worse, well, sorry to say something more infuriating happened recently. Making memes out of the girl who got killed gorily in Lapu-Lapu City, Cebu? Downright demonic. As we know, the victim’s face was skinned, making her skull visible to the public. Surprise, this is the aspect some meme makers decided to make as their suckish selling point. People started associating photos of the victim’s heartbreaking corpse with Disney movie Coco‘s characters. It’s good that those posts have already been taken down, but for future reminders, let us just say that there’s nothing cool about putting someone’s gruesome death through that perspective.

Just imagine how the victims would feel, seeing their life’s tragedies being converted into mere clicks for laughs. Obviously, they didn’t suffer for your amusement.

Does it mock disabilities and/or illnesses?

The devil works hard, but the people who make fun of others’ struggles probably work harder. We have a lot of things to laugh about, but some decided to use this meme called “Taph Taph” instead. What’s up with that, folks? The “taph taph” meme, which is meant to be said as “stop stop,” is basically rooted from the speaking behavior of a child with down syndrome.

If a meme gives unnecessary attention to people who don’t deserve it, it’s probably as whack as it is.

For some people, their daily battles  with their physical, emotional, and mental conditions are already hard enough. Turning them into memes just make it more difficult to them. Just imagine how they’d feel when they see how some people have turned them into mere laughing matter.  So, allow us to say it louder for the people at the back: Other people’s struggles aren’t a show.

Does it sensationalize the wrong people?

This can be a bit tricky, but let’s just put it this way. Imagine your infamous classmate—known for doing unreasonable things like cheating, bullying, and other nautical nonsense that concern the whole class—ridicules yet another classmate or teacher out of the blue. But hey, he’s cool, confident, and actually really funny. That insult he said is funny I almost died laughing.

Did that make you cringe? Good enough. If a meme gives unnecessary attention to people who don’t deserve it, it’s probably as whack as it is. The old adage says bad publicity is still publicity. So, we pick up from that. “Paano mo nasabi?” is funny AF when you try to inject it in daily conversations, but looking at its context reflects otherwise. The ugly truth behind the “paano mo nasabi?” meme goes back to a maddening crime. The man who said this phrase—during a an investigatory interview, take note—actually killed a waitress for rejecting his invite to go out with her. YIKES.

Think laughing about it doesn’t really concern the matter? Nah. Before we know it, the more we give these people our time, the more we glorify them through our actions. Have we not learned from electing eventually problematic leaders who used comedic strategies to earn our trust? Can’t believe those antics actually worked, huh? The good vibes culture is dangerous, homie.

Does it attack a specific culture or language?

We overlook this a lot. Maybe because we’ve grown mimicking silly antics on TV that make fun of a person’s accent or diction. Ugh, the degrading side of Filipino humor. There are still footprints of that problematic behavior until now. Remember that “You’re road” meme? In case you missed it, this came from a viral video clip from reality show 90-Day Fiance: Before The 90 Days, where a Filipina got into an argument with her fiancé . Events conspired, and she thought he was rude. Instead of “you’re rude,” the show’s subtitled flashed “you’re road,” as she mispronounced the word in the basis of American English standards.

That’s some disappointing shit. We’ve always been persistent on trying to change the world (read: don’t! make! English speaking skills! the basis for intelligence! battlecry), but we aren’t helping either. What if English isn’t her first language? What if she just mispronounced it because she was sad and nervous? What if it was a casual slip of the tongue? There are so many things to consider, but do we even bother to?

If we keep on using other people’s states for the price of our laughter, then we are the foolest of all fools. Who are the rude ones now, huh?

It’s time to make the internet a safe space for everyone. Can we do it without harming others? News flash: We freaking can. Don’t wait until the whole meme world dies, if you know what I mean.

Granted, that's nothing a 3-disc album release couldn't fix, even if nobody really...

SHAREGiven the outbreak of the coronavirus, people are now online more than ever—especially...