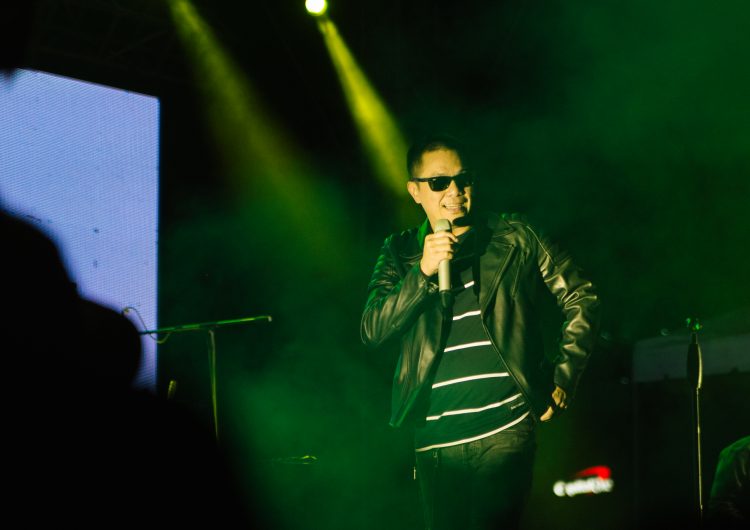 Campaign jingles are the “chaotic evil” of the campaign season. There, I said it.

Raise your hand if you haven’t, at least once, been waken up by a repeating siren-like noise. Raise your hand if, at least once, your dog didn’t bark against a high-pitched overenthusiastic voice of someone blabbering a candidate’s name with a forced pun. Most jingles are honestly intolerable, except if they actually sound good. In this case, the campaign jingle might have been taken out of your favorite song.

Read also: How to vote wisely, according to PETA’s “Charot”

The tune’s familiar. We can bop our head to it, or drum our fingers in sync. Before we notice it, we’re hella hooked. But do these candidates deserve to sing these songs?

“‘Di pa na-elect, nagnakaw na,” Sandwich frontman Raimund Marasigan, who’s been in the music industry for as long as we can remember Eraserheads, dropped some truth bombs yesterday, April 3. On Twitter, he called out those candidates who use “unauthorized bastardized” versions of popular songs as their own election jingles. He further advised us to not vote for candidates who have the guts to do this.

whenever you hear an unauthorized bastardized version of a popular song as an election jingle, pls don’t vote that candidate.

It also should be noted that Autotelic’s recent quote-tweet concerns the same matter. A Twitter user reached out to the band to inform them of an existing campaign jingle using their track “Laro.” Autotelic’s one-liner reply “BOOOOOOOOO” is enough to describe their disapproval. Well, who wouldn’t be fucking disappointed?

Okay, we’re all for creativity, but stealing is another story. You can’t just put that “art is for everyone” card on the table if it means the artists don’t what they deserve as original creators. And well, as Raimund has already said, if they can already steal now, how can we trust candidates with something as big as our country? Hey, you guys have so much money to put up your faces everywhere and pay personalities to say your name like a ritual, right? How come you don’t just hire a songwriter while you’re at it?

Read also: This is how much senatorial candidates have spent on pre-campaign ads

What are the other effects of this lousy campaign strategy? Might sound like a reach, but this act can be prone to misinterpretation. If someone isn’t well-informed and hears that their favorite local indie song is what Candidate A is playing, they might just assume that their favorite artist supports Candidate A.

Back in 2016, IPOPHL (Intellectual Property of the Philippines) had already warned candidates about using tracks governed by copyright laws. The copyrights of a song also cover reproduction, transformation and public performance. “Those running for public office must serve as role models for the protection and enhancement of these property rights,” IPOPHL revealed on The Manila Times.

It feels weird thinking that something as fleeting as a song can make us love a future leader. It’s almost like falling in love through gayuma, which makes it sounds like a laughing matter. But you know, it isn’t. In a study by Imo State University in Nigeria, jingles are said to contribute so much to retention and recall in the advertising setting. This has no difference with people who advertise themselves. Right now, these are the only things they can do. Better if we scrutinize this early.

SHAREBy Teresa Naval We’ve all read our fair share of Shakespeare and friends...

SHARELa Union’s hype is something I never fully comprehended. What contributes to this...