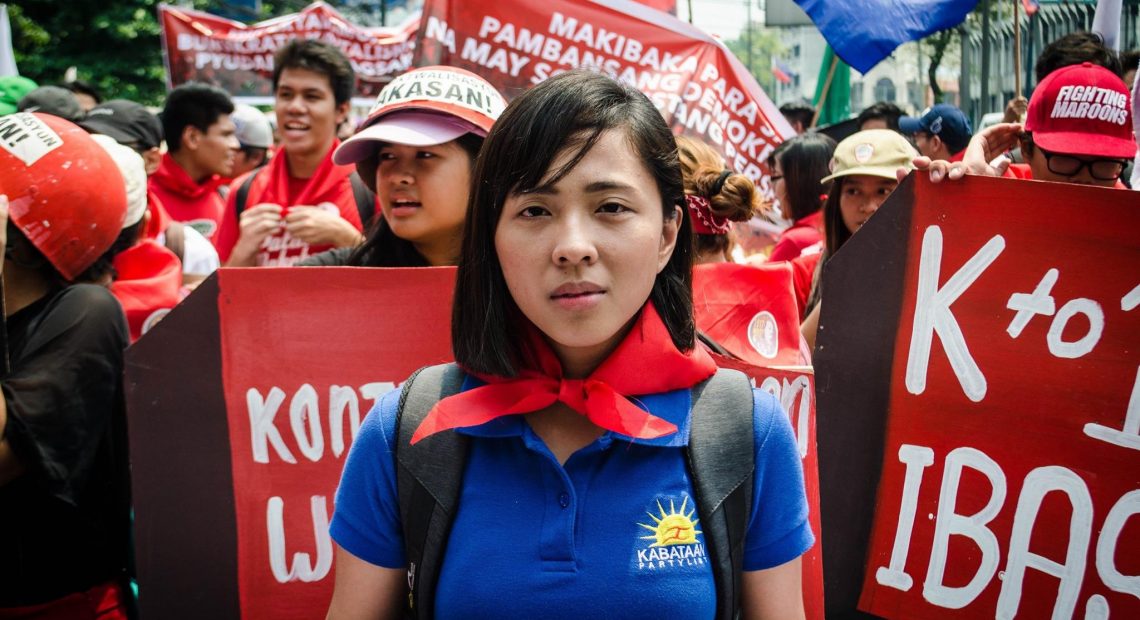 Kabataan Party-list Representative Sarah Elago can’t afford to buy a house of her own.

Her statement of assets, liabilities and net worth (SALN) showed her cash climbing from P50,000 to P75,000 within the first year of taking her seat at the House of Representatives. This is far from the millions of pesos other members of Congress would usually declare, and it might not even be enough to pay for a decent piece of land in Metro Manila.

Ah, isn’t that the struggle of every hardworking young professional these days? Who among those in their 20s can afford a house in this economy? We toil for at least eight hours each day coupled with our struggles on the road yet what we earn doesn’t seem to bring us an inch closer to a secure future. Blame it on inflation and the capitalist tendencies of our society, I guess. Or should we just blame our poor money management decisions?

Sarah, currently the youngest legislator in the 17th Congress, will perhaps attribute our misfortune to the former. The latter is possibly a fault many would admit, but Sarah is not spending the money she earns on vanity. “[The] bulk of my income goes to support for various advocacy campaigns and use of such is collectively and democratically decided upon by our national executive council,” she told Inquirer in an interview in 2017. And this is where a huge chunk of her 24 hours go.

The campaign season for the upcoming elections must have taken a toll on her busy schedule, but Sarah says nothing has really changed. Her day usually begins at 5 a.m. with press requests and interviews. Then, she’d go to her meetings at the House or maybe at the Kabataan headquarters. On most days, she dedicates a huge chunk of her time on the field, talking with indigents in their communities or participating in movements to fight for the rights of those in need. 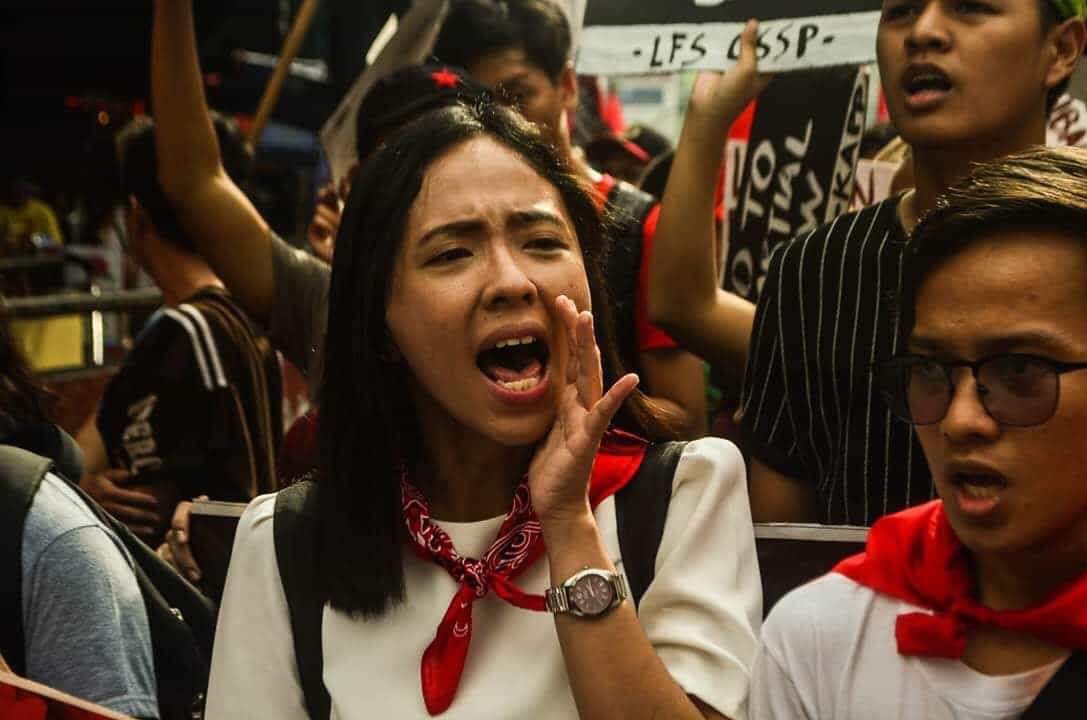 Sarah learned the importance of immersion back in college. Not only was she a student-activist in the University of the Philippines Diliman, but she was also a member of the UP Repertory Company. “For you to be able to portray a particular role, you have to be with those particular people in their communities. Kunyari magsasaka ’yan, nagkakaroon kami ng interviews, trips and exposure programs sa hanay ng mga farmer para malaman kung ano ’yung conditions nila tapos kung ano ’yung kwento nila na dapat naming mapaalam,” she says.

This opened her eyes to the realities unknown to most urban Filipino youth. Her stay in the university was also where she honed her leadership skills as part of the University Student Council. “It was in the student council where I became more aware of the power of leadership, the power that I have over my constituents to influence their decisions, beliefs and behavior. Doon ko nakita na kailangang maging responsable sa lahat ng sasabihin at gagawin ko. That’s when I also became aware of what we can do because the student and youth movements have always played a critical role in influencing positive societal change.”

And now, Sarah, representing Kabataan Party-list, is one of the top legislators in Congress. She has authored 426 bills including House Bill 5225, which mandates free public wi-fi; the Anti-political Dynasty Bill and the Anti-Contractualization Bill among others. And these bills aren’t just limited to the concerns of the youth. “Lahat ng isyu ng bayan may kinalaman sa kabataan.”

“So kahit pa bago ka o bata ka o babae ka, dapat magsalita ka. Otherwise, it would be such a huge disservice to our constituents if we don’t speak up when a voice needs to be heard.”

Still, the highlights of Kabataan’s presence in Congress are those bills that directly affect the youth and education such as the Universal Access to Quality Tertiary Education and Media Literacy Bill. The latter is in response to the proliferation of fake news. “It deals with combatting fake news aside from information campaigns while safeguarding freedom of expression. It’s probably more proactive if we mandate a subject on critical media literacy, which treats receivers as actors of society,” she says. On top of that, they are also pushing for a Cinema Appreciation Bill, which is currently on the committee level.

As we inch closer to the crucial 2019 midterm elections, we sit down with Sarah and talk with her about her struggles as a leader and the struggles of the Filipino youth. Generations after our hero Jose Rizal declared “the youth is the hope of our future,” does this still hold true today? 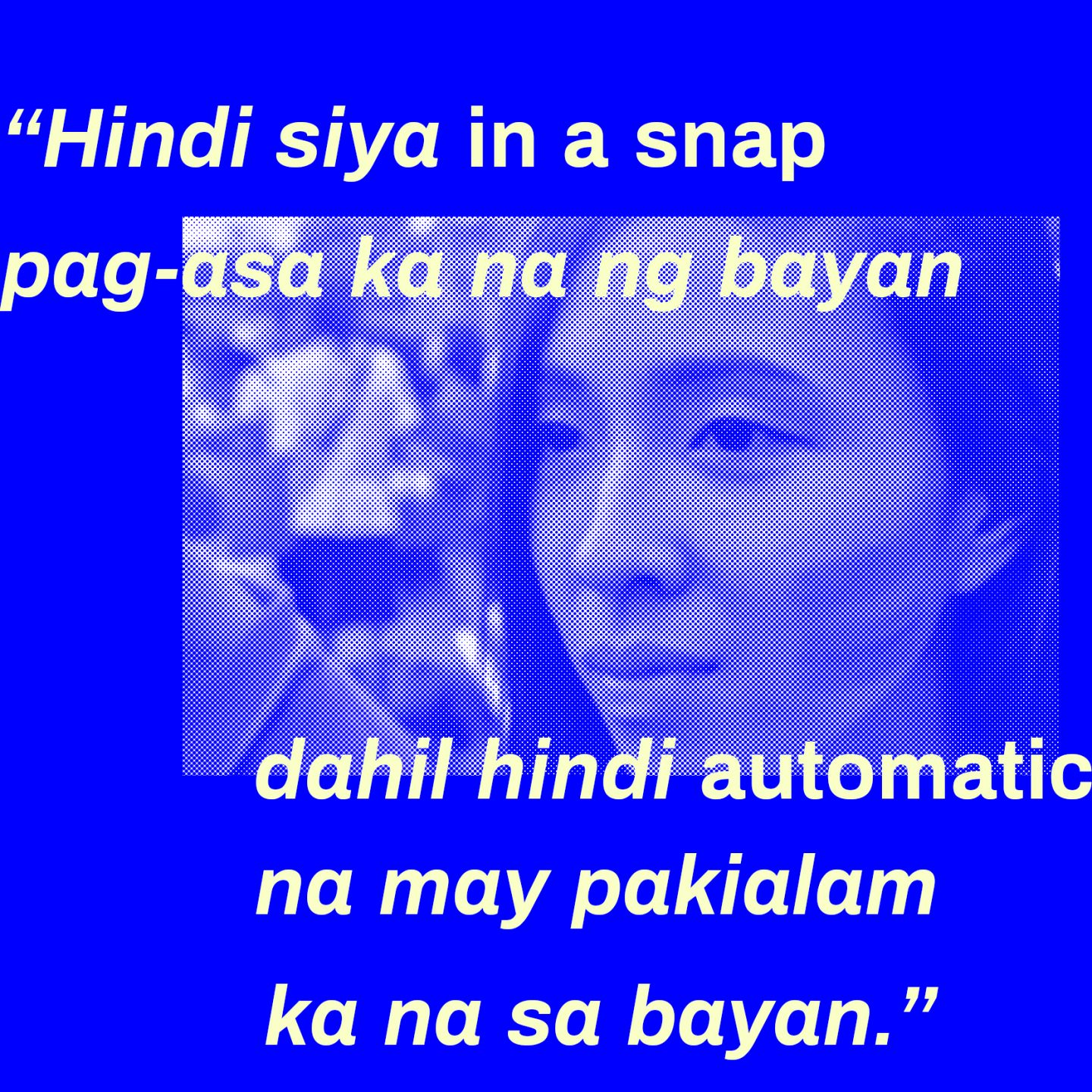 What are the challenges of being the youngest legislator?

“How come you have billionaires and millionaires [in the House] when majority of the Filipino people are struggling middle class and poor? How can we make sure that every time these representatives speak for their constituents, they reflect the voice of the underrepresented?”

Noong una akala ko magiging challenge sa akin ’yung pagiging bata pero it became my biggest advantage. ’Yung energy natin and determined optimism ’yung nagiging biggest advantage. The House, too often, doesn’t represent majority of the Filipino people. How come you have billionaires and millionaires when majority of the Filipino people are struggling middle class and poor? How can we make sure that every time these representatives speak for their constituents, they reflect the voice of the underrepresented? Ganoon kahalaga na magsalita ’yung mga tao.

What’s the biggest struggle that we, the youth, are facing today?

That includes inaccessibility to adequate information, quality education, joblessness and low wages. When our democratic rights are under attack, it worsens the culture and the climate of impunity. ’Yun yung challenge sa generation natin, and I believe that we can be the generation that can end or make a great effort in changing these things.

Read also: The Handy-Dandy Scout Guide To (Some Of) Your (Most Important) Rights

“Being woke should be coupled with building that culture of care for each other and for the public. You can’t make meaningful, relevant decisions, if you don’t care for the community.”

What do you think of ‘wokeness’?

’Yung mag-pa-participate ka sa political, hindi siya madaling bagay. ’Yung pag-embrace sa common good, it has to be nurtured. Kaya instrumental ’yung mga student leaders natin. Being woke should be coupled with building that culture of care for each other and for the public. You can’t make meaningful, relevant decisions, if you don’t care for the community.

Is there a right way to be ‘woke’? 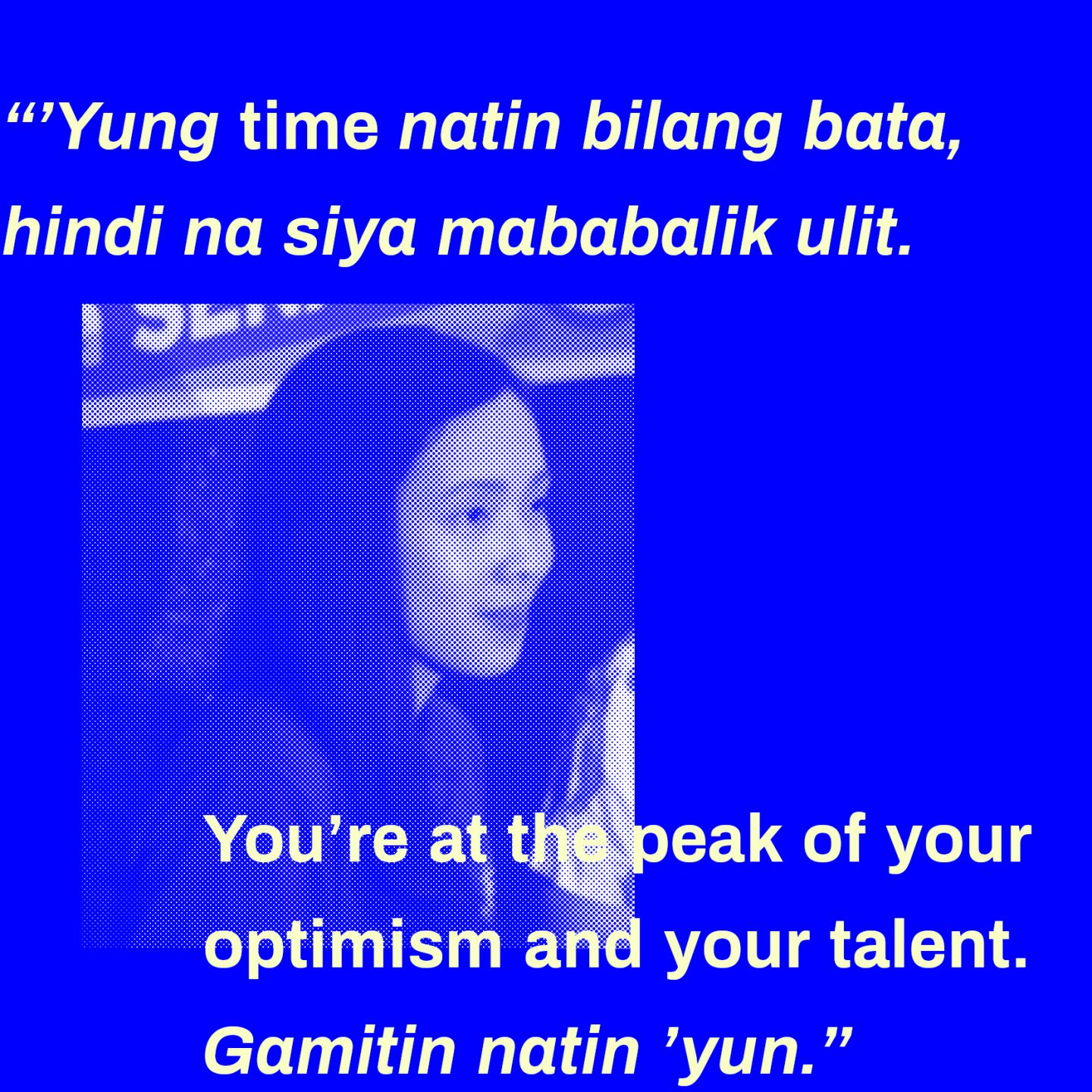 Since we’re casting our votes on Monday already, do you have any message for young voters?

First of all, we should go out and vote. Kasi karaniwan ’pag first time, hindi naman sa tinatamad pero ’yung iba naghahanap ng kasama. Kung wala, hindi na lang boboto. Your vote matters. You should make your voice count by exercising your right to vote. Mayaman man o mahirap, may botong isa sa araw na ’yun. Dapat tayong bumoto at bantayan ang boto natin. And this vote should be based on thorough research, study; ask your parents, your friends, your leaders in the community, make time to attend debates, make time to watch debates between these candidates. And we should cast our vote with sympathy and imagination. Huwag na nga imagination eh. Mas sympathy at care doon sa epekto nito sa iba. Ang boto natin ay may kinalaman ’yan sa buhay ng iba. Imagine how your vote can make the lives of those who have less in life better.

What do you think about the youth as the hope of our future?

Hindi siya in a snap pag-asa ka na ng bayan, dahil hindi automatic na may pakialam ka na sa bayan. Maski sa akin hindi kasi ’yan likas. I guess that’s when my life changed, when I realized that being the hope of the future is not a mere definition or an enduring epithet for the youth from our national hero. Instead, it’s a challenge for us to use our time, our talents to serve the people. It’s not easy, especially now that dissent is criminalized, marginalized and sidelined. Mahalaga ’yung dissent sa democracies natin. [It shows na] may boses ’yung mamamayan. Kung ’yung authorities na ang umaabuso, pwede kang magsalita at dapat kang magsalita.

I think one of the struggles of the youth today is being part of a family where they don’t align themselves with the political ideologies of the older ones. As a young member of the family, how can they prove their point?

It should be dealt with tireless persuasion and explanation. Mahirap siya. Sometimes, we tend to forget that the people closest to us matter. Hindi ka lang dapat magpapaliwanag. Hindi ka lang mangungumbinsi. Most importantly, you have to listen to know where they are coming from. Only then can you also know if what you know is right. That will also sharpen your beliefs. You strengthen your principles through debates or fiction with people important to you. Mahirap siya pero kailangan.

What’s the best thing about being young?

There are about 61,843,750 registered voters who are expected to vote on May 13. 18,847,230 voters fall under the age bracket of millennials and Gen Z. It’s only 31 percent of the total number of registered voters, but as John F. Kennedy said, ”The ignorance of one voter in a democracy is the security of all.” Rise early and vote WISELY on May 13.

*This interview has been edited and condensed.