The furry community is an enigma to many. It’s easy to be misinformed and to miss the point of being a furry. But perhaps the hatred for and confusion about furries come from a lack of understanding. An outsider may dismiss it as a fetish, but it’s much more than that misconception.

The Philippines is the last place you’d expect to have a furry community. Most furries tend to be white guys—at least, according to the Anthropomorphic Research Project, which states that white males dominate the group at around 90 percent. But the community flourishes in the country—FurryPinas is even considered the largest furry convention in Asia.

Dan Frivaldo is only 13 years old, but has been a member of the furry fandom for quite some time. Dan’s fursona (furry persona) named ‘Ginger’ is male. He’s a pansexual deer, one that enjoys cosplay and crossdressing (among other things.) “I use Ginger to show that no matter what gender you are, you should be able to you express yourself however you want,” Dan says.  Ginger is widely known in the PH furry community; he even performed at FurryPinas and had his own panel discussion, wherein he talked about getting started in the furry community. 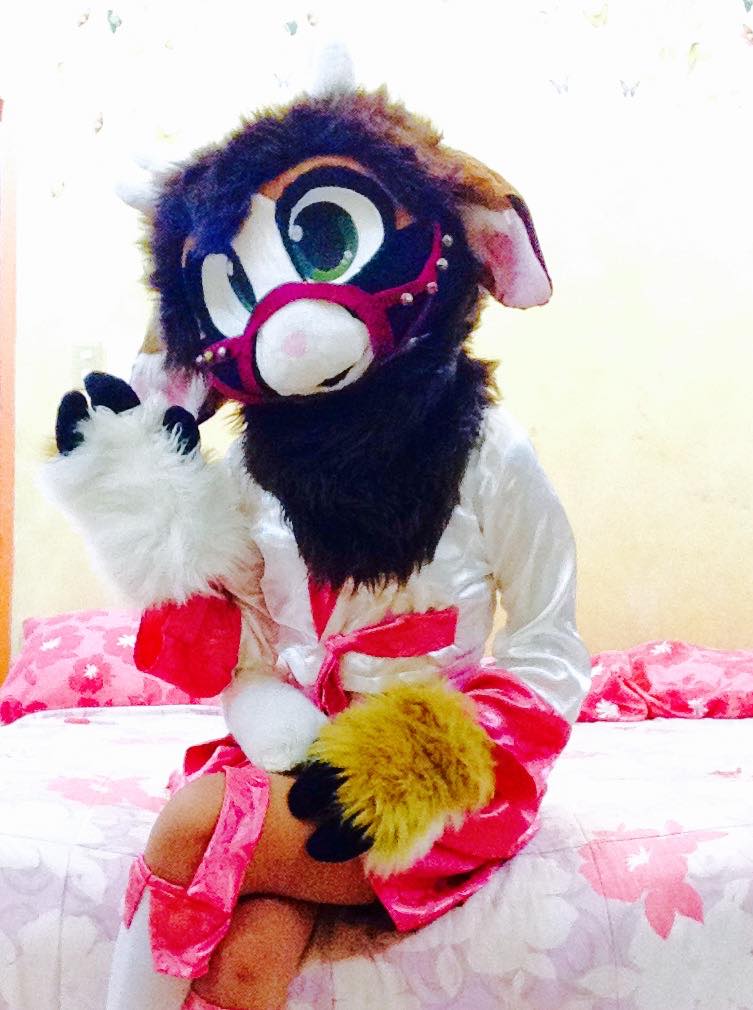 Most furries would wear a full-on anthropomorphic fursuit, but Dan prefers to wear only the arms, legs, and head. Though it didn’t even cover their entire body, the costume cost a whopping 600 dollars to make⁠⁠—not including shipping and customs fees.

Like Dan, Xyrus John Sembrano has been part of the furry community since he was 12 years old. Now, at 17, he has gone to numerous furry events, and wouldn’t give up this lifestyle for anything else.

“I first entered because human designs looked boring,” he explains, “while anthropomorphic animals have so much variety. You can be whatever you want to be.”

Born from Xyrus’ creative mind, his character is much like him: A shy pup that blooms once you get to know him. “It’s a mix of who I am and who I want to be.”

Despite his cheery fursona, Xyrus has experienced plenty of discrimination from people all over the interweb. “They try to hurt you on purpose with stereotypical judgments, finding the most hurtful ones so they can feed on your grief. There are people like that, but not every member.” 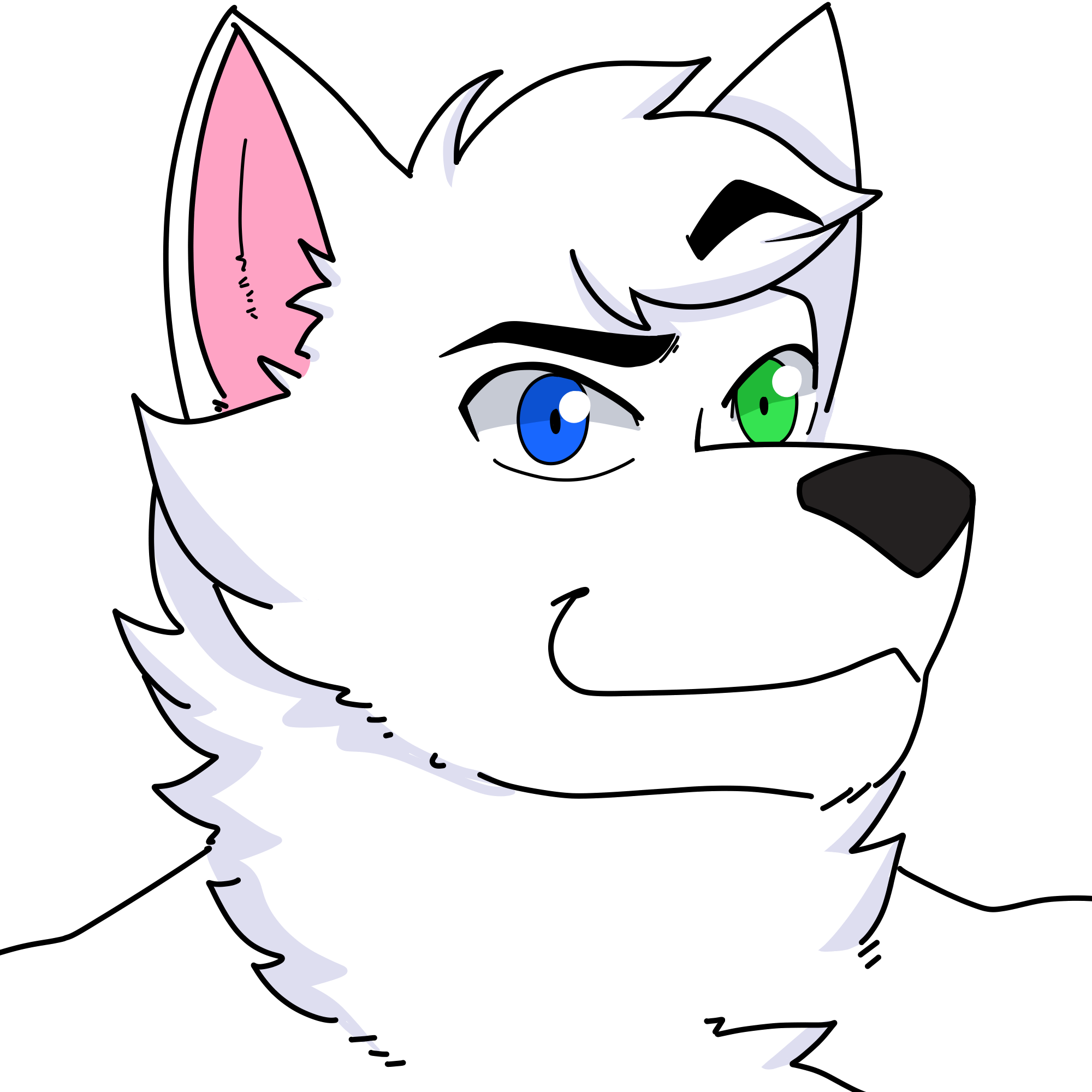 “To the people that spread these misconceptions about us: Open your mind about things, and accept people for who they are. Not everyone has to like what you like,” Xyrus’ lack of a fursuit does not, in any way, decrease his love for the furry fandom. The people that can afford fursuits, like Dan, do so as a way to bring their fursonas to life. They turn their character into something real—at least, real enough for them.

“Don’t worry about people who find it weird. There will always be those kinds of people in any community.”

Unlike Dan and Xyrus, who are both students, Brian Nicole Uy is a businessman living the furry life full-time. He’s the one that turned FurryPinas into a reality. He’s known in the furry fandom as “Tooth Less,” inspired by the protagonist of How to Train Your Dragon.

“The community has given me a lot of happiness, learning, growth, and joy in life over the past 8 years,” he says. “I’ve grown so much because of it. They accept you and make you feel like you belong. I believe that I have a responsibility to be a good leader and role model for the community.” 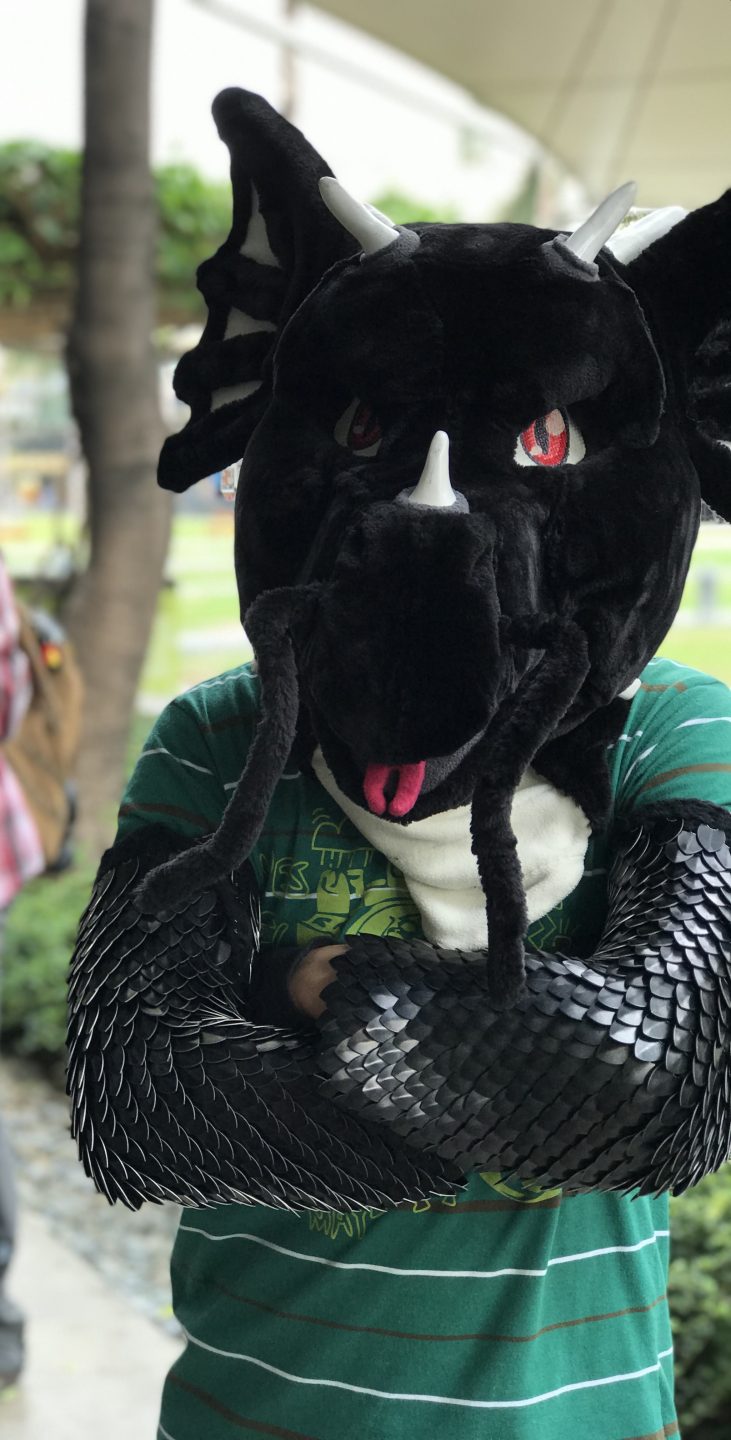 Many Filipino furries communicate via his furry social hub (FurESH,) or organize events with his group Furrypino Fursuiters Pack. “FurESH means Furry Events and Social Hub. It’s the central social hub for anyone to know more about the furry community, socialize with other furries, and find new friends. We usually just meet up, then go out and eat. Sometimes we go to Timezone, watch movies, or have an art drawing meet,” he says.

“Furrypino Fursuiters Pack is a group of fursuiters. We’ve done a few things, like charity programs for children, where fursuiters entertain underprivileged kids in orphanages or hospitals. We also have a school that teaches the Art of Fursuiting.”

Being a real estate property investor and business developer has helped Brian pursue his passion full-time, as well as friends and family that welcome him with open arms. “I don’t hide the fact that I’m a furry. Back when I was in college, some professors even called me ‘Tooth Less’ during recitations. Some of my non-furry friends call me that, too.”

“I’ve grown so much because of it. They accept you and make you feel like you belong.”

If only everyone could be as accepting as Brian’s friends and family, or the furry community itself. Despite the ‘weird’ rep it’s been given, it’s home to some of the most accepting people online. The ostracization of the majority has done nothing but bring this minority closer together, and that’s something the rest of the world should learn from them. They send out love instead of hatred and face constant negativity with a swing in your tail.

“Don’t worry about people who find it weird,” Brian says. “There will always be those kinds of people in any community.”

And he’s right. People used to bash those that liked anime, and were even worse on cosplayers. They constantly shit on whatever teenage girls like (hello to K-pop, One Direction and Starbucks!) Maybe the hatred against furries is so strong because right now, it’s what’s popular.

Being a furry is nothing to be ashamed of. Yes, there are the people that turn it into a fetish outlet, but the same goes for everything. This doesn’t mean that everyone has to stop loving it. It only means that people should lend a hand to the good ones; lend a hand to young Dan, or cheerful Xyrus, or headstrong Brian.

As Brian proudly proclaims, “Be proud, be yourself, be furry!”And he has every right to be proud—every goddamn right. Who are you to take that away?

“D&D” meets Filipino folklore? Don’t mind if I do