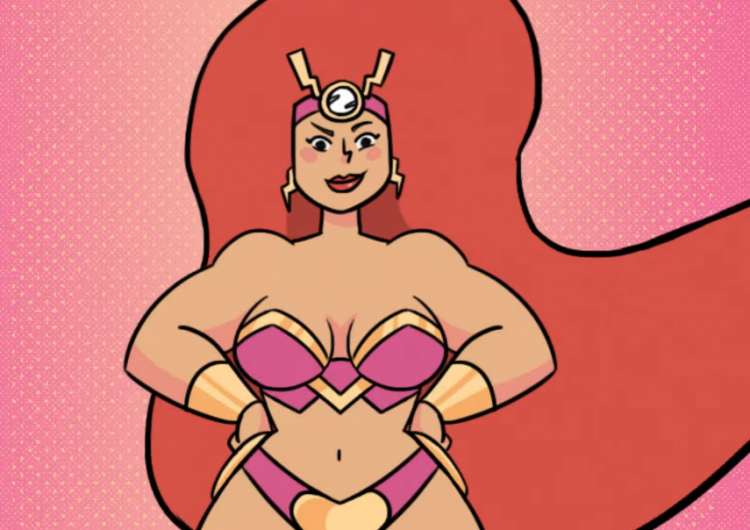 If you were at your peak Pinoy Comic Connoisseur™ in 2002, you probably met the earliest version of Zsazsa Zaturnnah. Created by Filipino illustrator and graphic designer Carlo Vergara, the character first appeared in graphic novel Ang Kagila-gilalas na Pakikipagsapalaran ni Zsazsa Zaturnnah, and has been irreplaceable ever since.

Seventeen years later, Zsazsa Zaturnnah is returning—only this time via the richly textured universe of animated film. The creative minds of Rocketsheep Studio are gearing up for an intensely colorful animated feature film for Zsazsa Zaturnnah.

Read more: The makers of ‘Saving Sally’ are back with new animated film

The story follows a shy gay man from a small town whose life suddenly changes upon discovering a meterorite. And this is not just any other solid piece of debris—this element from the outer space transforms him into Zsazsa Zaturnnah, an extravagant, vibrant female superhero, defending the town from the extraterrestrial forces of evil.

When asked what made them pick Zsazsa as the next focus of their work, Rocketsheep Studio said, “because we have loved the graphic novel since it first came out back in the early 00s.” They believe this story needs to be told, especially through animation. “This one is closer to the graphic novel source. Carlo Vergara, the creator of ZZZ, wrote the screenplay for this film.”  This superhuman’s story was adapted into a musical “Zsazsa Zaturnnah: Ze Muzikal” from 2006 to 2011, and a feature film Zsazsa Zaturnnah: Ze Moveeh in 2006.

So, what should we expect? According to Rocketsheep, “Zombies, a giant frog, and alien fashionistas. All that fun stuff.”

There’s no release date yet since they’re still in visual development, but we’re definitely keeping our eyes peeled until further notice.

Now, the band continues the thoughtful (and catchy) introspection it’s become known for...

What a time for kids TV to show ‘love is love’ even for...