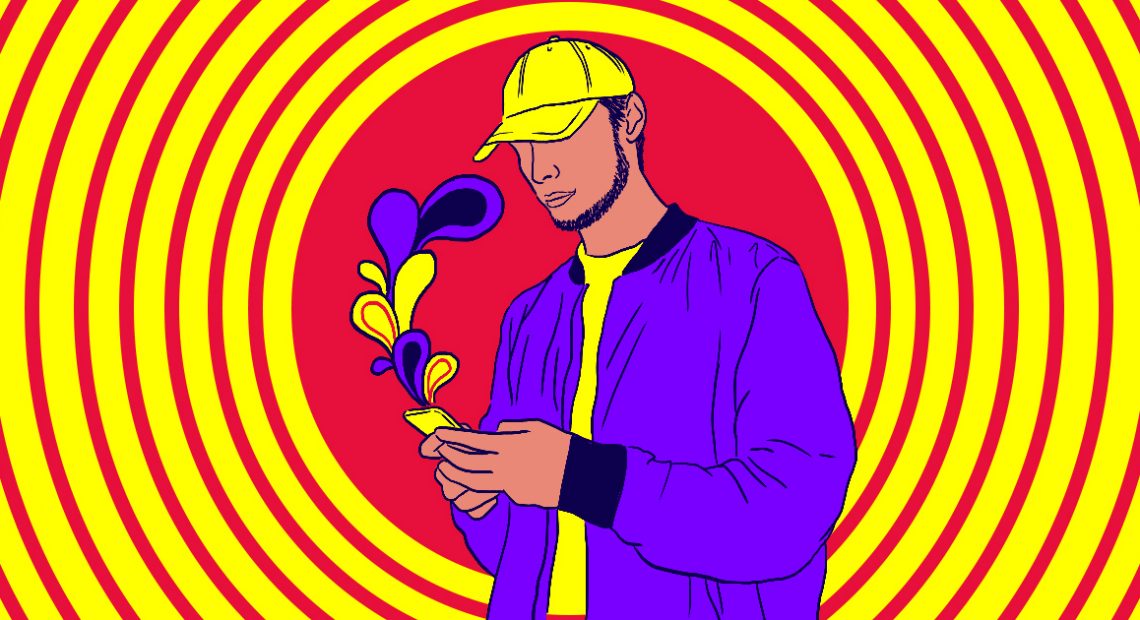 A day at work or school can get too busy. Your headspace might get too full before you even finish half your load. As much as you’re obsessed with productivity, there’s no need to force yourself and exhaust your energy. Sometimes, all you need is a breather. Take a break, and allow yourself to find things that will keep your creative juices flowing. Inspiration is everywhere, especially now that everyone is connected through the internet.

If that’s all the time you have to spare, watch short videos that will take your attention away from what you’re doing. And maybe after that period, you’re ready to go back to your project with fresh ideas.

Have you ever wondered if it’s possible to make Ferrero Rocher from scratch? Claire Saffitz of Bon Apetit shows you that anything is possible. In episodes that vary from 16 to 25 minutes, Claire tries to break down your favorite snack and whip up a homemade version. She also enumerates the complete ingredient list and procedures, so you can recreate it when you get home.

You’d be lying if you tell me that you’ve never wanted an aquarium when you were a child. Maybe you’ve tried keeping a pair of goldfish. And maybe you were unsuccessful with it that you’d rather forget about it. Still, aquariums are tiny sources of comfort and inspiration when everything around you is in chaos. Don’t worry, you don’t have to own an aquarium to enjoy that. YouTube channel Foo the Flowerhorn makes a relaxing video series. The series, which he updates every month, chronicles the growth of his five-gallon Walstad fish tank. Underscored with classical music, the videos take the viewers to a wonderful water world. Watch all of it, and you might just end up building your own tank.

You’ve seen the rise of the skincare craze the past few years. To be fair, you’re still pretty obsessed with skincare, but you’ve now learned how to understand our skin better. Well, thank your trusted dermatologists… and also YouTube vloggers like Korean skincare enthusiast Liah Yoo. Liah began her YouTube channel back when her skin was aggravated by acne and other skin issues. Like many vloggers, she tests products on her skin and makes honest video commentaries about them. What makes Liah a standout is her geekiness when it comes to ingredients. Her videos are often supported by journal articles, aside from her own experience.

If you’d rather spend your short break laughing and having fun, then stream some comedy skits? Hoy! Bibig Mo by Comedy Manila, for example, is one that doesn’t shy away from outlandish humor and savagery in their skits. But if you find each episode (often under 35 minutes) long, you can find snackable content under iFlix Snacks. These snacks are under 10 minutes, so you can finish one video before you finish that large cup of milk tea.

Where to stream? iFlix

If you’ve always been curious about the songwriting process of your favorite artists, Song Exploder gives you a glimpse of what went down in the making of a song. Here, artists tell the listeners the history of a particular song.

Where to stream? Spotify

30 MINUTES TO AN HOUR

If you have the luxury of zoning out of what you’re doing for quite a long time, use it to distract yourself with something more entertaining. That’s enough time to uplift your mood before you get that dough.

Philippine TV is slowly adapting to online streaming. On iWant, where you can get an hour of video access per day through their Giga Video+ data plans, past episodes of ABS-CBN teleseryes as well as their bank of classic and latest Filipino movies, are accessible for free or for a small amount. You can also watch original content here like the web seriesBagman. The series is about a neighborhood barber who gets caught up in a political quagmire. Although it’s not perfect,Bagman is an ambitious story not often seen on local TV.

Where to stream? iWant

Those who spent their childhood in the early 2000s probably couldn’t imagine those days without the magic of Encantadia. Through the years, the fantaserye has obtained an iconic status. So, it was a delight to find out that the four actresses who played the Sang’gres are back for the magical iFlix Originals film Mystified. It’s about four witches trying to fit in a modern world where magic has no place. They find themselves going back to their supernatural origins to defend the world from an evil force.

Where to stream? iFlix (you can also watch Encantadia and Etheria here)

Ballers and big NBA fans surely don’t want to miss any game. But what if a TV or a laptop is not available? Or what if you’re on the road? Well, all you need is a smartphone and data connection. Download the NBA app and watch the games there. The app also offers highlights with interactive stats for a critical view.

Where to stream? NBA App

Multiple episodes of your favorite series

Well, who said binge-watching is only possible when you’re comfortable on your couch at home? If you’re stuck in traffic, download multiple episodes of snackable TV series likeBrooklyn 99 andSpecial. And that’s how you finish a new show in one sitting.

Where to stream? Netflix, iFlix, and iWant

With Smart Prepaid’s new Giga Video+ 149, you can keep streaming and live up to #WatchYouWantToBe. Smart Prepaid users can enjoy 2 GB + VIDEO EVERY DAY of up to 1 hr/1 GB per day of access to YouTube, iflix, iWant, NBA League Pass, and Cignal Play for 7 days! This also comes with UNLITEXT to all networks and UNLICALL to Smart/TNT/Sun. For more information, visit Smart’s website.

PRODUCED IN PARTNERSHIP WITH SMART

SHARE“So close but so far” is a frequently thrown around phrase, but one...