In a Department of Education (DepEd) module, it assures elementary and high school students that there’s no war in Ba Sing Sei—correction—the Philippines.

There are only increasing COVID-19 cases, crushing world debt, late-night press cons and daily disappointments. Oh, and activists amplifying the voices and rights of the marginalized. As much as we want this dubious K-12 Media and Information Literacy module to be some fucked up “Avatar” AU!, it’s not. It’s our sad reality.

An excerpt from DepEd’s module, which contained a picture analysis on protests, went viral on Oct. 15. The last hypothetical question asked if they would join “this” rally or not. According to the key card, the right answer is “No, because the government has really doing their best for all Filipinos and their constituents.” 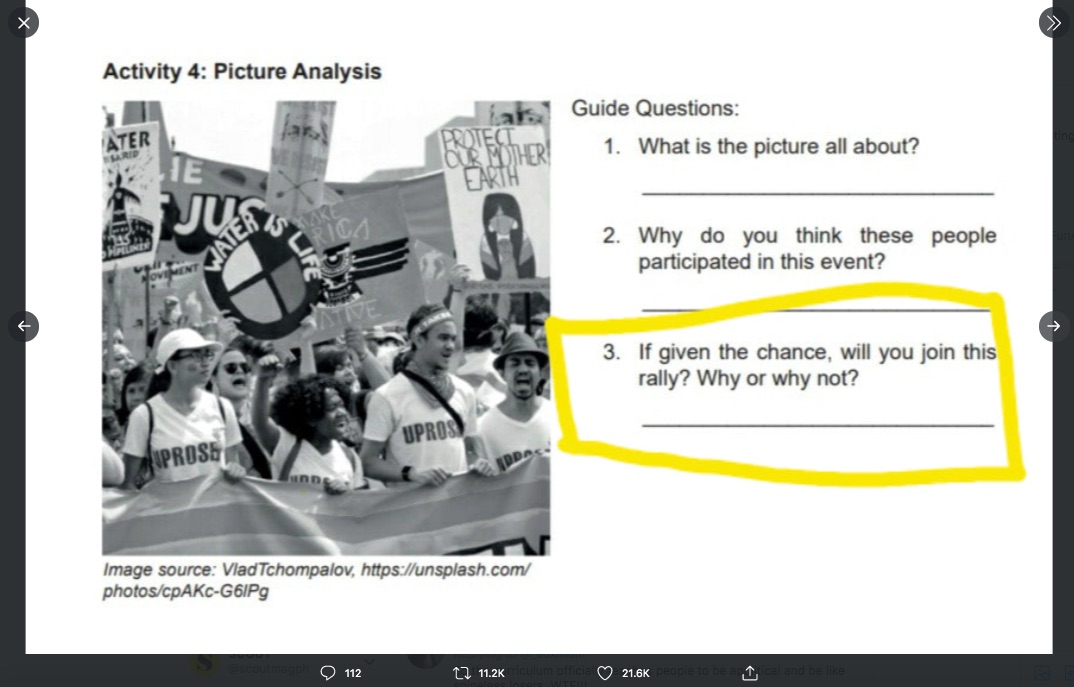 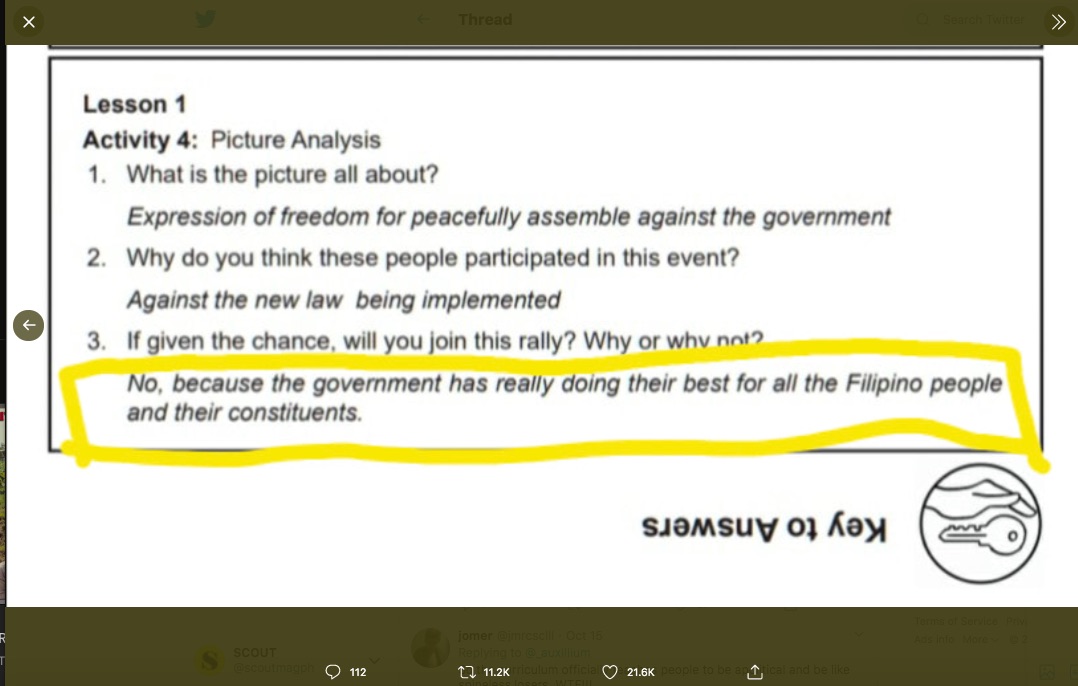 Grammatical error aside, it makes us wonder: What are they teaching children today? To be apolitical? To look down on people fighting for change?

Why are we teaching young minds that the world is black and white and blind obedience is just?

This module raises a lot of red flags. In the picture analysis, they ask the following: What is the picture all about? Why do you think these people participated in this event? If given a chance, will you join this rally? Why or why not?

The picture clearly depicts a climate change rally. However, the answer key for this analysis indicates a peaceful assembly against the government. Other questionable takes are saying these protesters are against a new law the government implemented and telling students to not join a rally for the government is doing their best.

These questions and the students’ possible answers are up for discussion. Our educational system should encourage young minds to think twice about what is presented before them. Why are we teaching young minds that the world is black and white and blind obedience is just?

The Commission on Human Rights (CHR) also found this excerpt to be morally dubious. In their Facebook post addressing the matter, they stressed that patriotism isn’t limited to mere obedience and freedom is a result of fighting for it. “Instead of discouraging dissent, it would be better to demand better services and accountability from the government and its officials as part of their duty to respect, protect, and fulfill the rights of all.”

Dismissing children’s capabilities to form opinions is to underestimate our nation’s future.

That’s why education is important. This is why critical thinking at a young age is important. If we want to protect young people, we educate them. We encourage them to be curious. Dismissing children’s capabilities to form opinions is to underestimate our nation’s future.

But maybe, just maybe, that’s exactly what they want. Is this the message they’re sending young Filipinos?

Read more:
This is what art activism in the Philippines looks like
DepED, do us a solid and ban “likes for grades” projects
I never understood protests until I joined one

SHAREThe life of a celebrity is quite fickle, as Frank Sinatra once implied....