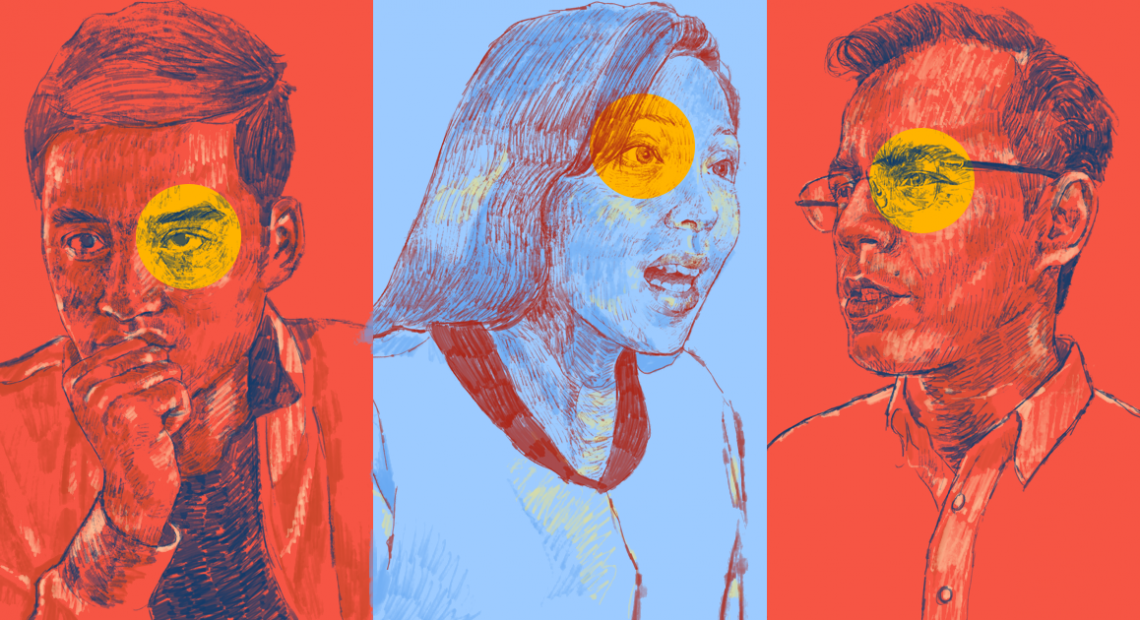 Before we can even sit back, relax, and absorb everything, we’re already halfway through the year. And news flash: our newly-elected officials just started their first week on the job.

They say first impressions last. If we’re putting it in the context of our new set of leaders, then their first tasks might signal what’s to come for their term in office. The way the election ran last May 2019, we’re both scared and hopeful—so we decided to keep record just right after our newly-elected officials took their oaths. With our strong itch to tweet them “wyd?” we compiled the accomplishments in the first week of our newly-elected officials.

Read more: Everything that went wrong during Eleksyon 2019

Starting your term with a bang? Manila Mayor Isko Moreno did it quite literally. Exhibit A: Hammer. On Jul. 3, under Mayor Isko’s order, the Manila Police confiscated 75 video karera outlets in Manila. A video karera is a horse-racing video game that is linked to illegal gambling. Sounds like a good time for kids like us, but this is exactly why Moreno wants to get rid of it—the game might just ruin our lives. This move is part of Moreno’s campaign against illegal activities across the city, according to an Inquirer report.

Exhibit B: Threat. Mayor Isko Moreno threatened to revoke University of the East Manila’s permit after the school admin refused to follow through with the suspension of classes on Jul. 1, due to inclement weather. “University of the East, wag matigas ulo niyo ah. Nagdeklara na kami ng suspensyon ng klase. Ngayon, kung ayaw niyong sumunod, umalis kayo sa lungsod ng Maynila. We will withdraw your permit to operate in the City of Manila,” Moreno said after receiving reports that the university suspended classes only up to Grade 12. UE obeyed the order soon after.

So far it looks like Moreno is adamant on delivering on his promises. This week, we also witnessed vendor-filled streets undergo a 180-degree transformation. Moreno led clearing operations in Divisoria and Recto in the hopes of bringing back order to the city. We hope street vendors will be given proper space too, though.

Street vendors greatly contribute to urban economies by providing a wide range of goods and services to the public. The Informal Economy Monitoring Study says street vendors strengthen their communities by providing strong linkage to the formal economy. These informal workers source the goods they sell from formal enterprises, and many of the buyers work in formal jobs. Aside from that, street vendors create lots of jobs, and generate revenues for their city.

What’s next? Well, we hope Moreno grants his recent oath to revive historical Manila landmarks: Escolta, Intramuros, and Manila Bay to name a few. In fact, he has pledged year 2021 to be “Visit Manila” year, and has aimed to bring Pride march to Manila in 2020. We stan a productive mayor.

Another productive one we stan is Kabataan Partylist. On the very first day of the 18th Congress, they managed to file 10 house bills. We love a hardworking youth sector representative!

One of the bills they filed is HB 321 or the “Anti-‘No Permit, No Exam'” Policy which penalizes the “no permit, no exam” rule in schools. This takes away the opportunity of students to take tests due to unpaid school fees.

They also created a Campus Freedom Rights Bill and a Students’ Rights Bill which seek to “strengthen and uphold the democratic rights of students and promote schools as safe spaces for free expression and learning.”

For art buffs like us, we might as well go hook, line, and sinker in supporting the proposed Cinema & Theater Appreciation act. This will provide mandatory Philippine cinema and theater appreciation courses in secondary educational institutions.

What would benefit every Filipino student for sure is the proposed Free University Services policy, which aims to promote free college education by providing free-of-charge univ services—from dorms to meals.

Pasig Mayor Vico Sotto didn’t end the almost 30-year dynasty of the Eusebios for nothing. On his first day, Sotto already fulfilled one of his promises by suspending the odd-even traffic scheme in Pasig City. He remarked that the existing rule was “disjointed and unjust.”

For almost three years, the scheme forbid four-wheeled vehicles with license plates ending in even numbers on Mondays, Wednesdays, and Fridays; while those ending in odd numbers are prohibited on Tuesdays, Thursdays, and Saturdays.

His first executive order includes creating a task force to manage the traffic situation in the city. He says that aside from managing traffic, this is also a way to “improve the mobility” of Pasig citizens. Though he’s currently studying the solutions, he also wants to encourage other Metro Manila mayors to help in solving our traffic problem.

It was also made clear on his second day in office that city hall employees wouldn’t lose their jobs under his leadership.

On the first day of the 18th Congress, Bayan Muna Partylist filed not one, not two, but 30 house bills and resolutions.

Seeking to address the poor conditions of the Filipino people, two of the proposed policies aim to increase the minimum wage salary and Social Security System (SSS) pension.  They also target P16,000 from P10,510 as the new minimum salary for government employees.

Other bills filed include the people’s mining bill and the Human Rights Defenders bill. Scrapping VAT (value-added tax) on our basic needs? They’re coming for it.

Bayan Muna also made another attempt to push for the SOGIE (Sexual Orientation and Gender Identity and Expression) bill, despite its repetitive failure to be passed since 2000.

If you’re one of those Twitter folks who constantly retweet that “7 a.m. classes should be illegal” rant, then you might find yourself thanking Bacolod Representative Greg Gasataya. On Jul. 3, Gasataya filed a bill banning classes that start earlier than 8:30 a.m. If passed, this would apply to schools under the Department of Education (DepEd) and the Commission on Higher Education (CHED).

Read more: Here’s why we should stop condemning late risers

Gasataya laid out the state of transportation, K-12 workload, and mental health as some of his reasons. He also mentioned the “accessibility of schools especially in rural areas.” All of these he deem to be crucial to the safety and health of students.

While we admire Gasataya’s initiative, another thing that’s worth looking into is why some schools need to start their classes early. Other public schools need to start classes even before 8:30 a.m. to accommodate the large number of students, mainly because of shifting of classes. Maybe if we make solutions for both of these issues, students will definitely have a better school year.

There’s a house bill filed on Jul. 1 that aims to allow the use of motorcycles as public transport. Is this Angkas realness to the fullest? Take it from Cebu City Representative Raul del Mar. Aiming to amend Section 7 (c) of the Land Transportation and Traffic Code, he filed HB 13 to “resolve the existing inadequacies in our laws and shall promote the safety and welfare of people who patronage motorcycles-for-hire known as habal-habal or Angkas.”

On the other hand, Albay Rep. Edcel Lagman filed HB 15 or the “Human Rights Defenders Protection Act.” He deemed this necessary in the “growing culture of impunity.”