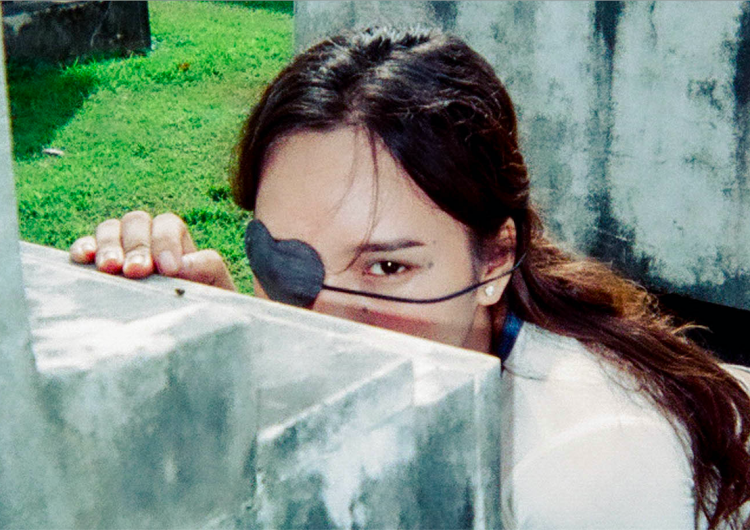 Science says our irises are more unique than our fingerprint. Quite literally, it holds our unique identities, and figuratively, are the windows to our souls. It’s probably also the most honest part of our bodies. The eyes are reactive to everything around us, so much so that its involuntary muscle movements could betray even the most stoic faces. How often do we get to see anything as raw these days?

Maybe that’s why 22-year-old photographer Pao Godezano loves to capture them on film. If you ask him who his inspirations are, it includes Leslie Zhang who employs “documentary portraiture” as described by Dazed, and Hyunwoo Min who doesn’t shy away from hyper close-ups of his subjects’ faces. He has a fondness for the eyes’ capacity for expression, and in turn, we get pulled in, too. 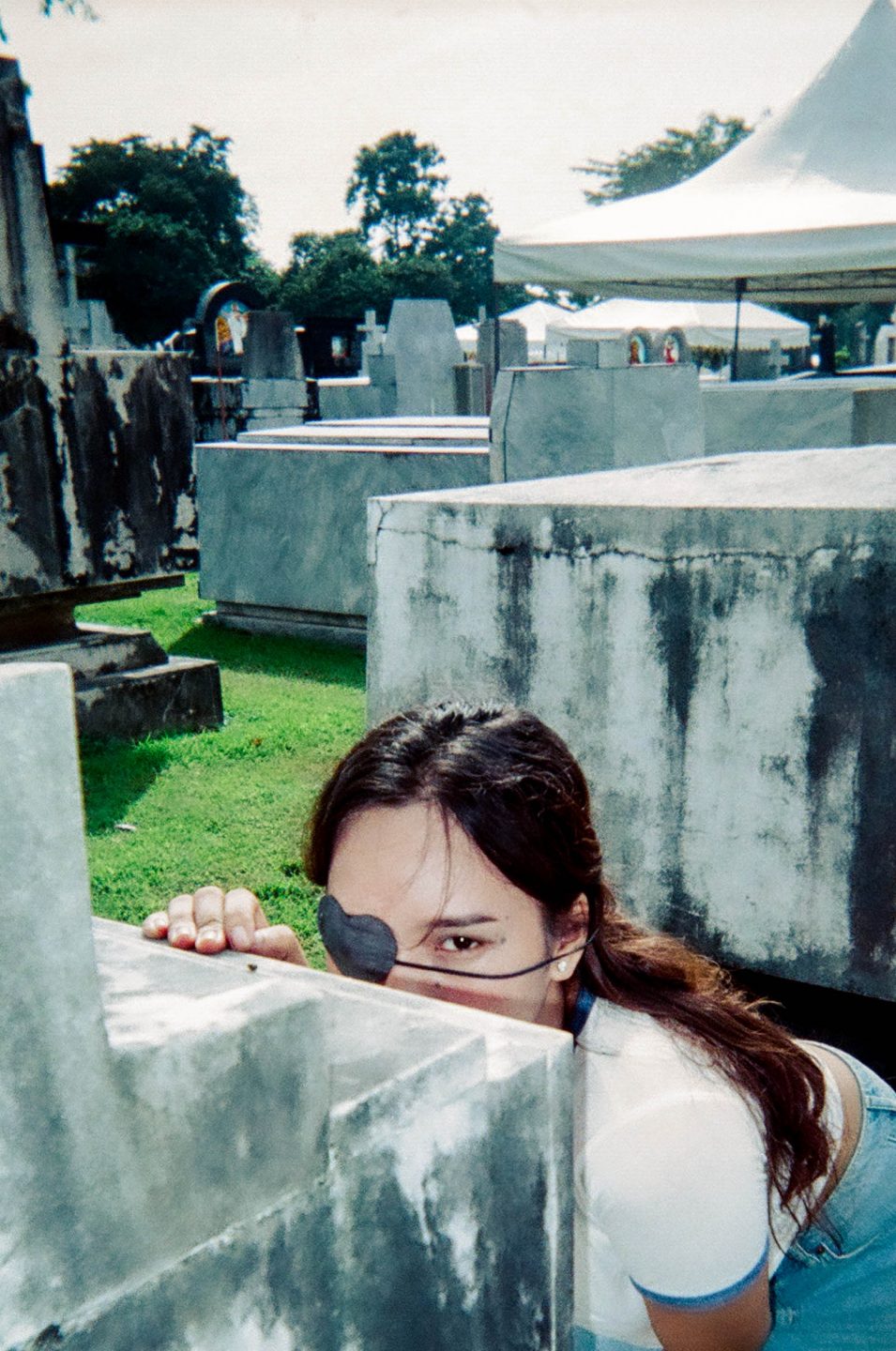 Aside from eyes, his works capture his environment on the move in nostalgic film, giving it the feeling of a memory now shared between him and the viewer. Moments that you’d never think twice about, like a stranger on a bike passing you by as they walk in the other direction. It’s the in-betweens of the everyday.

“I just like to recreate the concepts in my head and turn it into an image.”

At least, that’s what we felt. Pao wouldn’t tell you that though. There isn’t necessarily any intentional meaning to his images, he tells us—and that’s fine. But it’s a curious thought exercise to observe moments you never paid attention to. 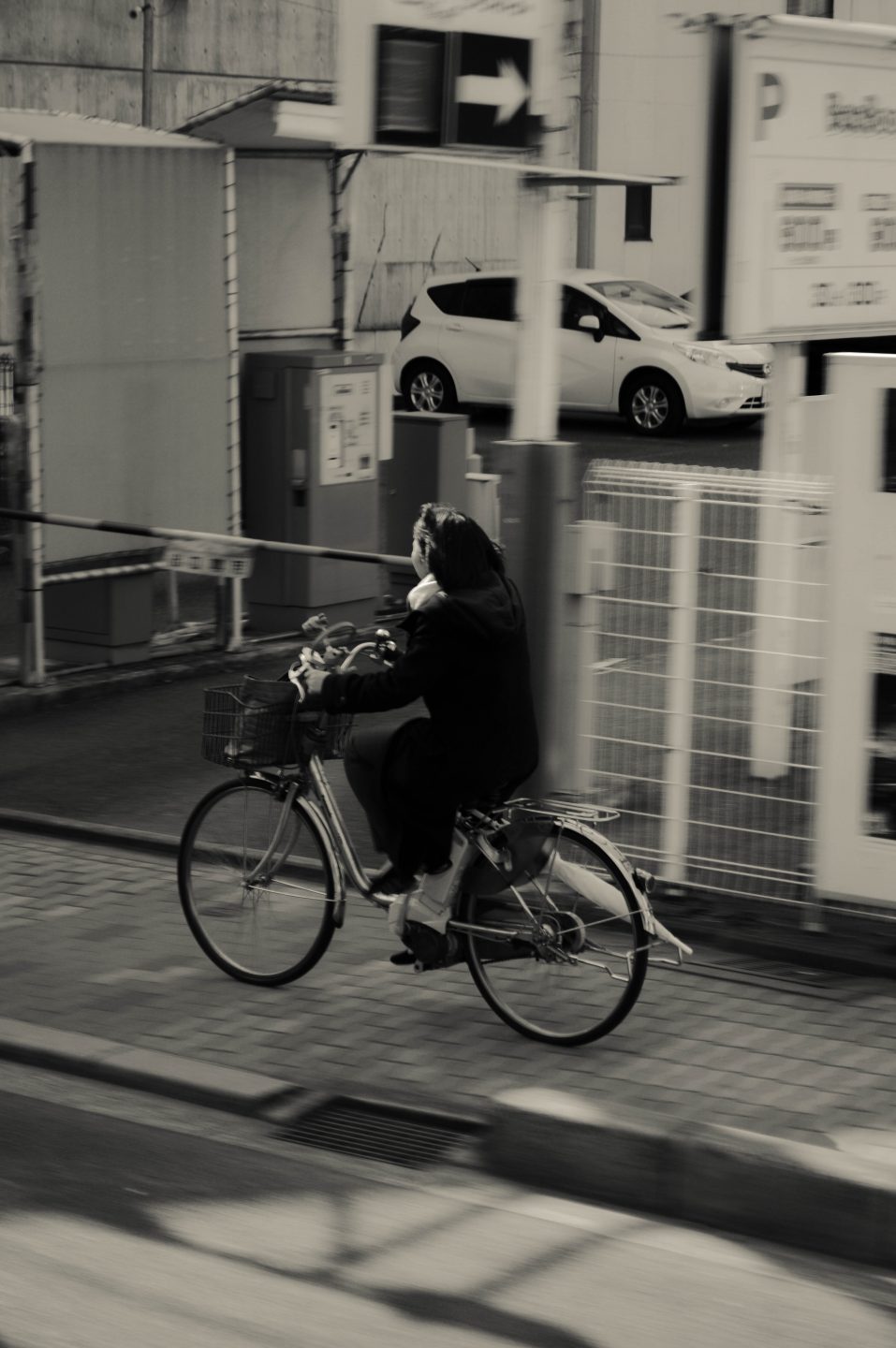 In an exchange of e-mails, we talk to the Parañaque native about his craft, love for Korean culture, and his wallpaper. Here’s our one-on-one with the young photographer we’re curious about.

First off, could you tell us a bit about yourself? Your name, where you grew up, your interests?
I’m Pao Serranilla Godezano. I grew up in Parañaque City. I like K-pop; it brought me to visualize concepts and to like fashion photography more. If you scroll through my Following list on Instagram, it’s full of Korean models, photographers, stylists, and fashion editors of Korean magazines.

What or who are your inspirations?
For my past works, I got my inspirations thru K-pop songs—mainly from [Korean girl group] f(x). I now try to set a nostalgic mood with a bit of quirkiness on the images I create. Leslie Zhang, Minhyun Woo, Sangmi An, and everyone’s fave girl Petra Collins are the ones I look up to as a photographer. 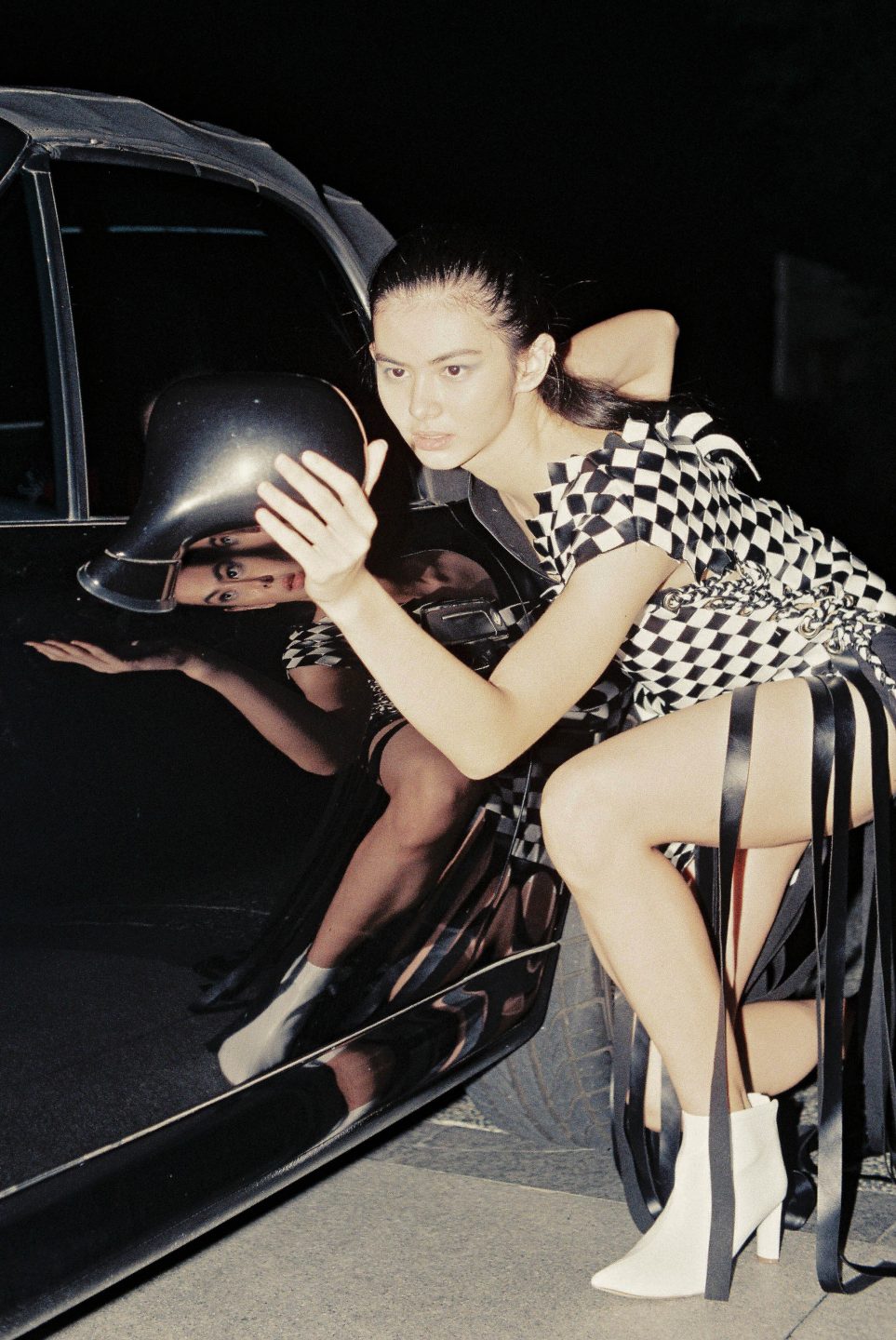 What was your first camera and what did it mean to you? What gear do you use now?
The first camera that I had is digital, it’s a Nikon D3200. Right now, I have two film cameras, Olympus mju ii Zoom 115 and Pentax K1000.

Read more: David Felix and the patience of pinhole photography

Tell us about your affinity for film photography. How did it start and why’d you keep it up? How many film rolls do you burn through in a month?
I started using film in 2015 because I was just inspired by a blogger. That time, I used disposable cameras just to make memories, and I was so into digital too. In 2017, I met Redge Hawang, a film photographer. He DM-ed me if I’d be game to style his shoot (because I also do styling), and I was like, ok why not? Then eventually, we became friends and our taste in photography clicked. I assisted in his shoots, suggested poses to his models. He pushed me to take portraits using film, then I started taking portraits of my relatives. Maybe two to three film rolls only per month. 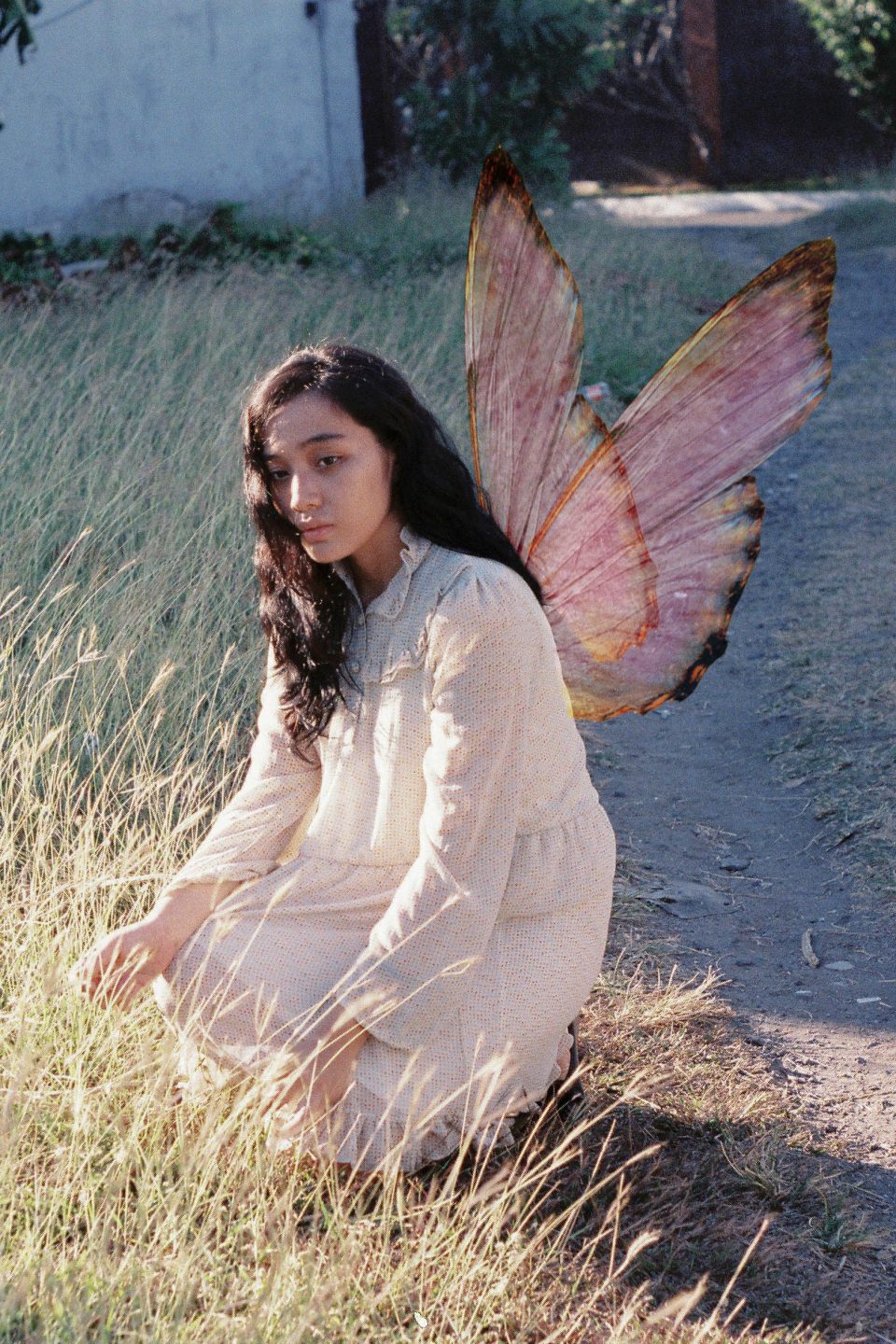 What are your favorite subjects to photograph?
I like models that have expressive eyes. If it’s not a person, let’s say a flower. Flowers are really beautiful. Even if it doesn’t last long, it’s still good to take a photo of it.

What struck me about your images is that they feel like they’re “in-between” moments—undone and raw. It almost feels like I’m being let in on a secret. What do these photos mean to you?
The photos I take don’t necessarily have a deep meaning embedded into them. I just like to recreate the concepts in my head and turn it into an image.

It seems like most of your works are raw film photos, but sometimes you embellish some surreal elements like wings, some distortion, or doubling a subject, even. What makes you decide to add on to a photo or to let it be?
I’m still in the process of making my images uniformed. Those elements are made out of boredom; just to add it to my portfolio. The doubling of a subject I got from my thesis project that I did four years ago. 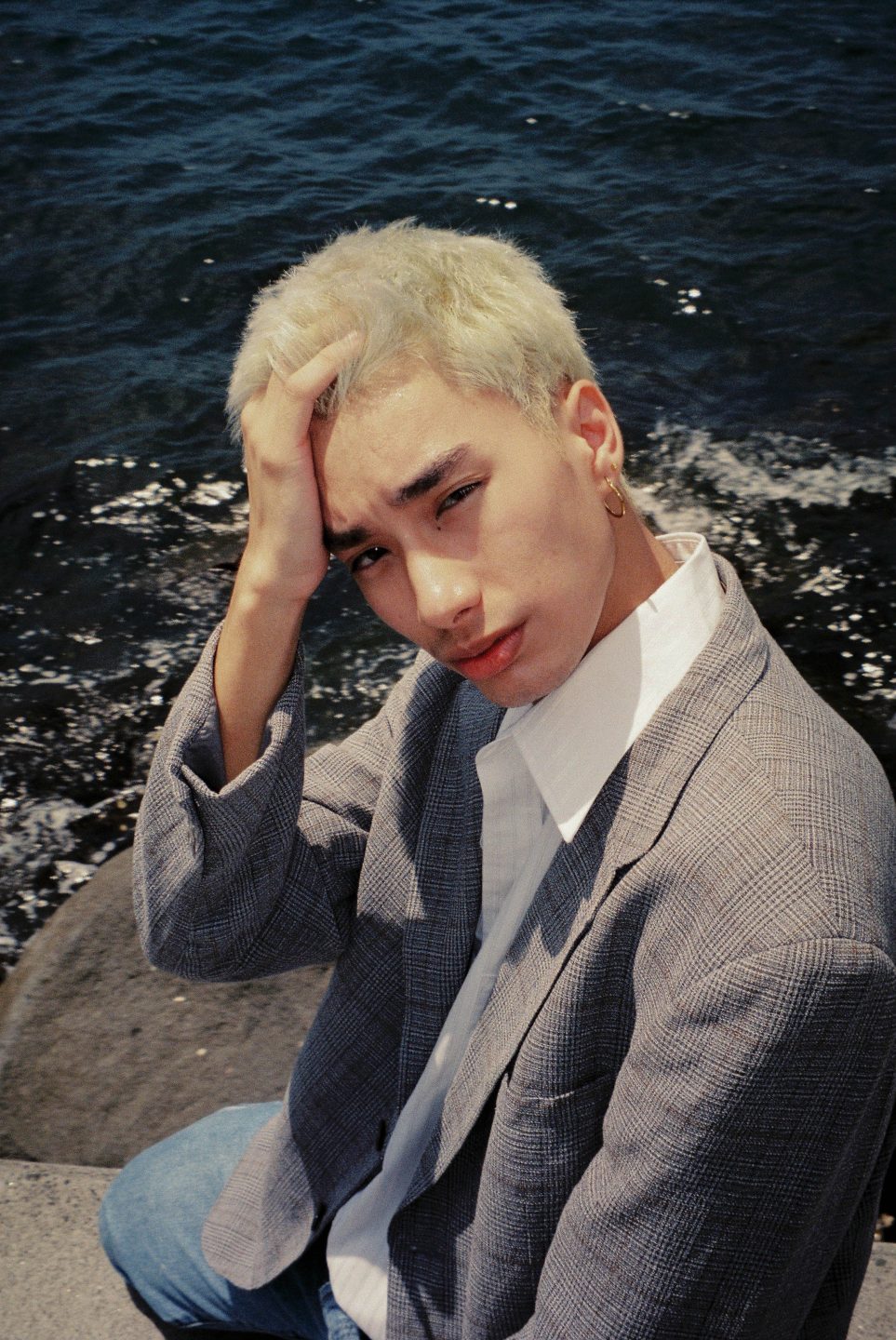 Who is your dream subject to shoot?
Fernanda Ly.

You’re heading towards an impromptu shoot. What are three props/gear you grab on the way out the door?
My camera, phone (for saved pegs), and a folding fan.

(Only if it’s okay to ask!) What’s your phone’s wallpaper?
A group photo of LOONA with butterfly wings. 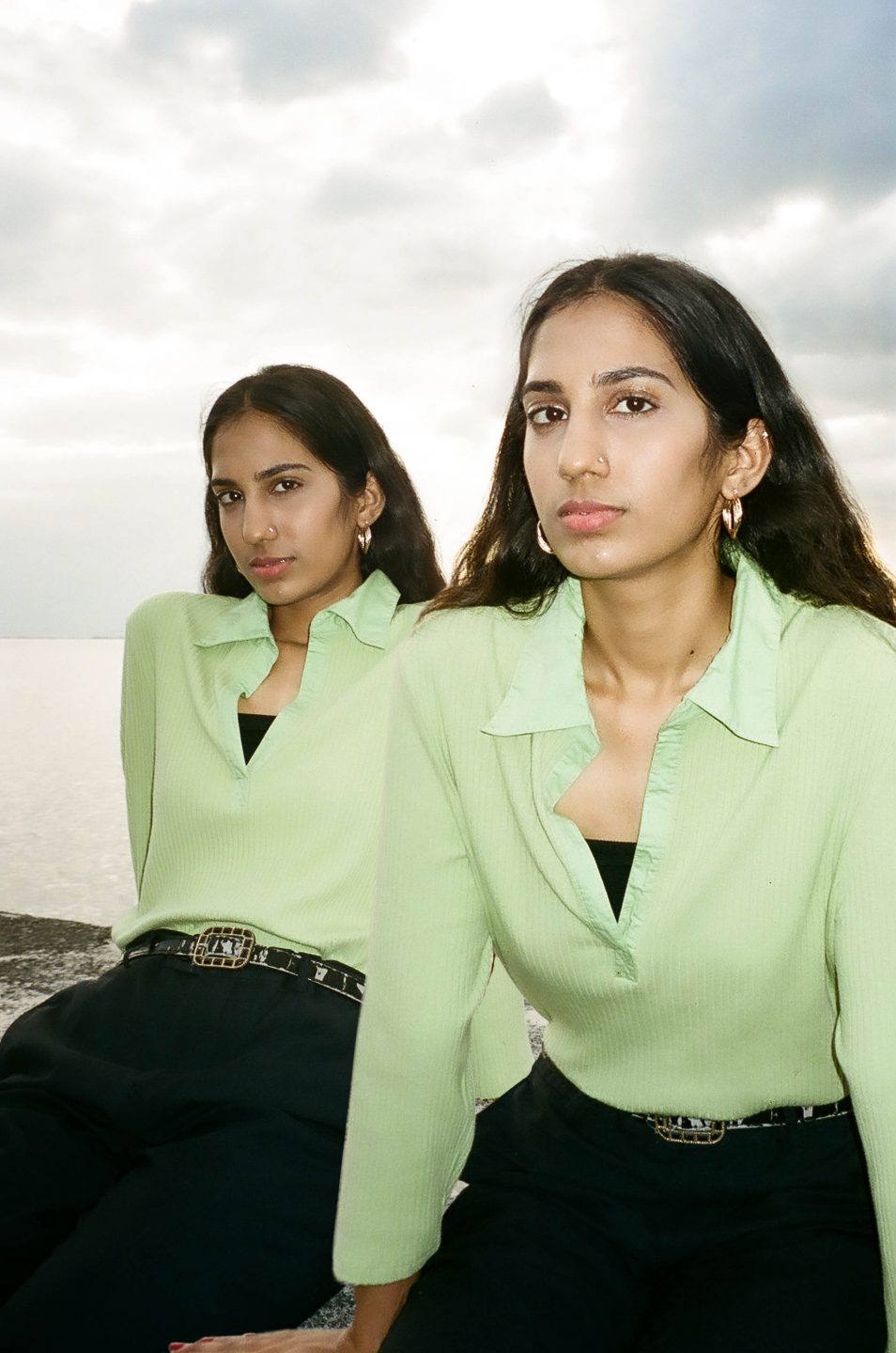 What’s an image you recently saw that made you stop and think?
The September 2019 cover of Dazed Korea featuring Yoo Ah In. It made me think that someday, my work would be featured as a cover of a magazine.

Intimidated by modern art? Going to ESKWELA might help

SHAREAre you easily intimidated by contemporary art? And yet you’re left wanting to...