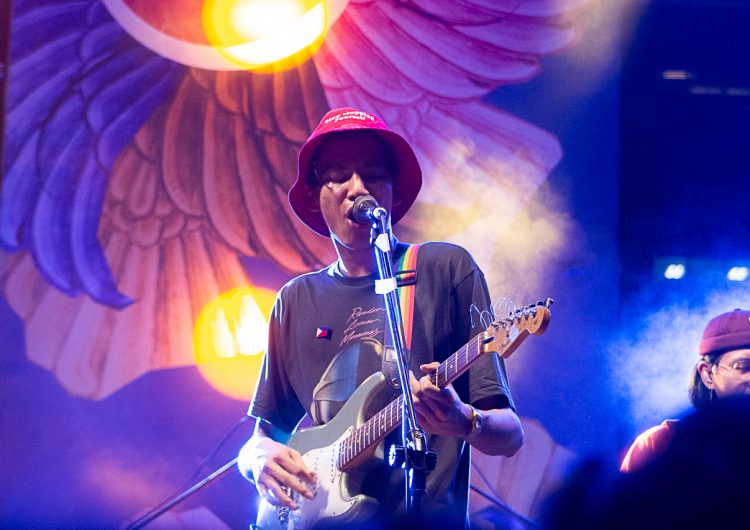 Our favorite soulful Thai musician (and Wes Anderson fanboy) is ready to rule streaming platforms again. Just last night, Phum put a deadline on our waiting game and announced his new EP Bangkok Balter Club is dropping soon. Is this the “collection of music” he mentioned in our interview with him last April? It seems like it.

On his Instagram, the artist expressed that his “life has changed drastically in the past year,” including the tours he headed and relationships he made. This year, Phum was able to play in the United States, Canada, Europe, and Asia, including the Philippines—one of his largest fanbases. In the same interview, he revealed that he was “constantly overwhelmed” by the international audience, and touring around the world was just a distant dream for him. No wonder Bangkok Balter Club is inspired by his travel, aside from “people, movement, and moods of this time.” He tells us, “I sincerely hope you find an escape in these tracks.”

My life has changed drastically in the past year. From the tours to the relationships around me, it was all one very colorful blur. This EP is very much inspired by the travel, people, movement and moods of this time. Written from my grandma’s home in Bangkok, I sincerely hope you find an escape in these tracks. ‘Bangkok Balter Club’ drops digitally on all platforms this coming 8th September ☀️

Written from his grandma’s house in Bangkok, Phum Viphurit’s Bangkok Balter Club will be out on Sept. 8. We can’t wait to hear what he has in store for us, but we can keep ourselves busy by solving self-made theories in the meantime. Like: Is that half-human-half-giraffe the same one in his Hello, Anxiety cover art? Does that mean something? Yes? No?

Mysteries aside, Phum has always surprised us with his infectious lyricism and insanely creative visuals, so we’re already making space in our playlists for his upcoming tracks.

SHAREIt looks like Christmas came a bit early for film buffs. The Cultural...