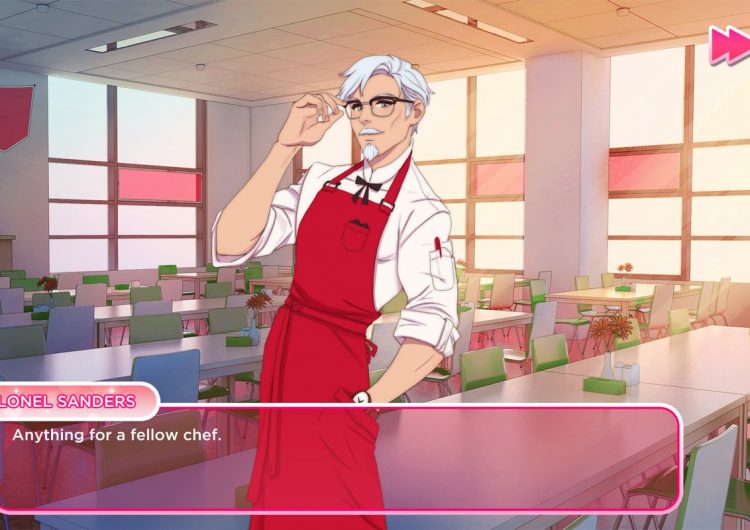 Probably one of the most late-capitalist moves of 2019 is KFC’s Japanese-style dating simulator featuring their mascot, Colonel Sanders.

Named “I Love You, Colonel Sanders! A Finger Lickin’ Good Dating Simulator,” the game positions the player as the Colonel’s culinary school classmate. You have two goals: One, to graduate from the fictional school, and two, to bag the Colonel as a business partner. “Or maybe even so much more,” says the game’s Steam description where it’s published. Mom, I’m scared. But also a little intrigued.

Read more: What if the KFC bucket hat is actually a washable bucket?

“I Love You, Colonel Sanders!” promises us secret endings, secret recipes, cooking battles, and actual “battle battles,” as the creators said. To complete the cooking shonen anime fantasy, you have two rivals, a bubbly best friend, and a bizarre professor who happens to be a dog.

Oh, and of course an epic anime opening.

The game was listed on Steam yesterday, with Psyop credited as the developer and KFC as the publisher. It’s set to come out on Sept. 24, all for the finger-clickin’ good price of nada. Yep, the game’s free.

If you want to take your love for KFC to a whole new level, be our guest.

SHAREAfter being the candy that had people guessing whether its “wrapper” was  edible...