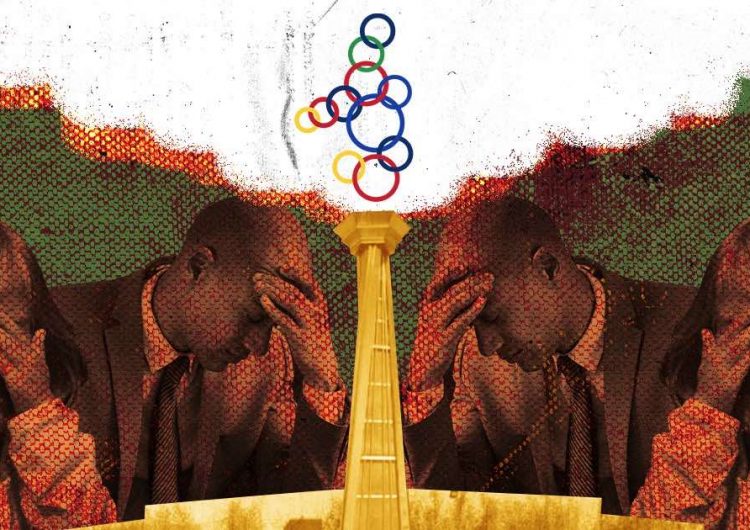 Imagine you were throwing a sleepover with your friends at your place. Because you want to leave a good impression on your buds, you’re going to want to make sure everything at home is copacetic, right? You don’t need to go all out and roll out the red carpet for your homies—everything just has to be decent and comfortable.

You certainly wouldn’t want to see your friends sleeping on chairs or the hard floor, or going to a house that’s still being built, or having kikiam and egg for breakfast (unless that’s what they really wanted). Especially when you can offer them so much more—and especially when you’ve got a really expensive statue standing in your living room.

As we get closer to the opening day on November 30, everything’s falling apart at the seams even faster.

None of us would want to do this to our friends, as long as we could avoid it.

But here we are, on the eve of the 2019 SEA Games, what’s pretty much the biggest regional sporting event held in Metro Manila, and it is all going to hell.

Manila’s hosting of this edition of the SEA Games has always been problematic (all the way back from the reveal of the ridiculous logo, to various budget anomalies) but as we get closer to the opening day on November 30, everything’s falling apart at the seams even faster.

Let’s take a quick look at what’s been going down over the past week:

The first shot against the government’s hosting of the SEA Games actually starts with the creation of New Clark City, a planned city in Tarlac that’s displaced Aeta communities for the sake of development, and the rushing of the sports complex they’re going to use for… four events. Yikes.

But then it came out that the giant tower with a cauldron on top outside the stadium that wasn’t worth writing home about—and was only going to be lit for 24 hours—was actually worth P50 million. Yes, P50 million for one tower that wasn’t even going to do much, and people are defending it as a show of force in front of our friends from around the region. People are saying that P50 million could have gone to more important things, like classrooms and hospitals, but it turns out there’s a more pressing need for that money. More on that in a bit.

The real trouble started when the teams started arriving—because of course it did.

First, we saw pictures of printout “welcome to the Philippines” signs, then a badly-designed tarp, and a cartolina-and-marker poster. Not kidding, this is all real:

According to what seems to be the official SEA Games budget, the allocation for marketing and advertising was P359.7 million. Million. How did we get to this? Answer: they probably didn’t get that entire budget, because someone must’ve taken that money along the way.

So the athletes arrive, they get to their hotels, and the best and the brightest in the Philippine Southeast Asian Games Organizing Committee (Phisgoc) apparently didn’t think to book rooms a day earlier so they can do really late check-ins. That results in the Cambodian football team sleeping on the floor. Elsewhere, athletes from Timor Leste were taken to the wrong hotel. The Thai football team had a practice scheduled in Binan, Laguna, all the way south of Manila, which they had to cancel because they couldn’t get past Manila’s infamous traffic.

Even our own athletes aren’t immune to the government’s yikeses. The most embarrassing story to come out today is a revelation from one of our coaches that they were served kikiam, egg, and rice for breakfast. Imagine you’re an athlete and you need the most optimal nutrition to perform, and you get this. Then remember that the budget allocated for catering is more than P200 million.

As more athletes and delegates pour over the week before the kickoff, expect more stories like these to pop up. It’s only going to get worse from here.

3. Venues aren’t even done yet

In what is arguably the biggest risk of our entire SEA Games hosting, many sports venues in Manila and the surrounding areas aren’t even finished yet.

Photos of buildings still being constructed or straight up untouched from concerned passersby and citizens have been circulating around social media, and they’ve already made it to international news outlets. That’s when you know shit is real.

The skate park and cycling track in Tagaytay City Cavite are 93-95 percent complete as of Monday. Contractor targets to finish the construction by Wednesday in time for SEA Games opening. | @maricarcincoINQ pic.twitter.com/I5AgvFtjX4

Again, that ties back to the enormous budget allocated for all this construction, as well as the organization of all this. What’s even worse is that now that they’re rushing to finish everything in time for Sunday, the construction workers will be rushed and hassled, and they’re not going to get paid any better either.

4. Volunteers are getting screwed

Speaking of not getting paid, it’s also come out from volunteers themselves that everything they had to do—traveling to venues, training, and even eating—were on their own dime. With complaints of not getting paid, not getting fed, and so much more, it’s a crying shame that they and their love for the country had to get exploited by officials looking to make a bigger buck.

It hurts to see the government have all that money to stage an event, but not have enough of it on hand to compensate the manpower that’ll make everything work. From the terrible planning and organizing to failing the volunteers, it tells you that the officials don’t value the human resources at all. You can’t just fall back and completely rely on Filipinos’ love of their country and their desire to make this shitshow work—you have to pay them and treat them right, too, even if they don’t think they deserve it. Yes, that means the DDS, too.

For a bunch of people who say they love the country, they sure seem to be fine with letting it look terrible.

Speaking of the DDS, what’s even more frustrating about all of this is that the defenders of the administration continue to defend it to the death of our country’s reputation, just because it’s the president and his boys in charge of the games. As always, these are the people who think we just have to keep working together and ignore all the blazing red flags popping up every day—hell, every hour—while those in charge have already probably gotten rich and don’t care if the SEA Games on our soil is going to the dogs.

This rabid pack has already come up with their leaps of logic and mental gymnastics, even going so far as to accuse incompetent agencies and officials as yellow saboteurs and mock foreigners for having the audacity to call out the things that are going wrong over here. For a bunch of people who say they love the country, they sure seem to be fine with letting it look terrible.

I mean, the government’s already indignant about being an embarrassment to the rest of the world, what’s one more failure to it…

It’s not that critics of the government want the games to fail. Far from it, really, since the Philippines’ rep is on the line here. (That’s why volunteers are still doing their jobs, bless their hearts.) It just boils down to the one crucial point those of us with sense have been making: this should have been done better, we could’ve done this better, therefore it’s an absolute travesty that it’s been done like this. It feels like we’re now waiting for something to go horribly, horribly wrong at the SEA Games to knock some sense into their heads (knock on wood).

But even if that does happen, what then? Is anyone going to be held accountable by this circlejerk of a government? Will organizing committee chairman Alan Peter Cayetano be sacrificed to the wolves after everything’s been said and done? Will anything really change if he is? I mean, the government’s already indignant about being an embarrassment to the rest of the world, what’s one more failure to it, even if it involves other countries?

We’re mad because for most of us, the only choice available is to wait and see. Until then, we all get what they voted for.

SHAREIf the saying “you can’t teach an old dog new tricks” is cliched,...