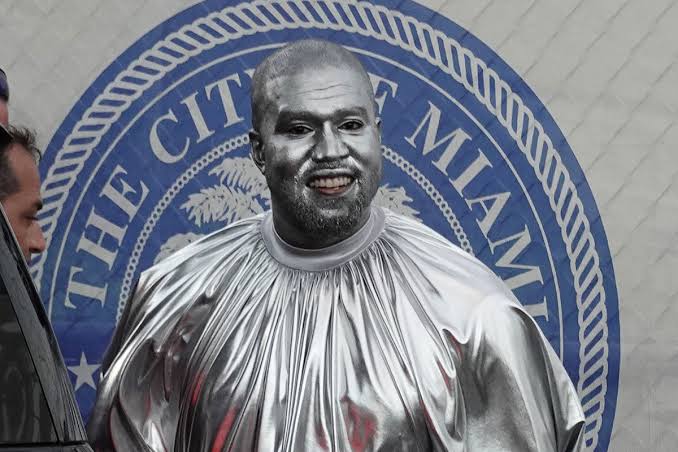 On Sunday, Dec. 8, photos of metallic Kanye made rounds on social media in preparation for his religion-themed opera production, “Mary.”

The rapper arrived at Miami Marine Stadium dressed in an oversized metallic robe and pants, matching socks and sandals, and, to complete the look, silver-painted face and hands.

Last week, Kanye released a teaser for “Mary,” which  directed by Nicole Beecroft. It will feature music from his Sunday Service choir, who, just like the rapper, were covered in silver. The Tin Woodman and Silver Surfer are shaking.

It is yet unclear why the Kanye was adorned in a monochromatic silver look since his reps refused to answer any questions. And just like with everything Kanye does, people on social media had a lot of things to say:

Beginning end
of the of the
decade decade pic.twitter.com/rrPWtSbK35

SHAREIt’s no understatement that video game music can be the best music you’ve...