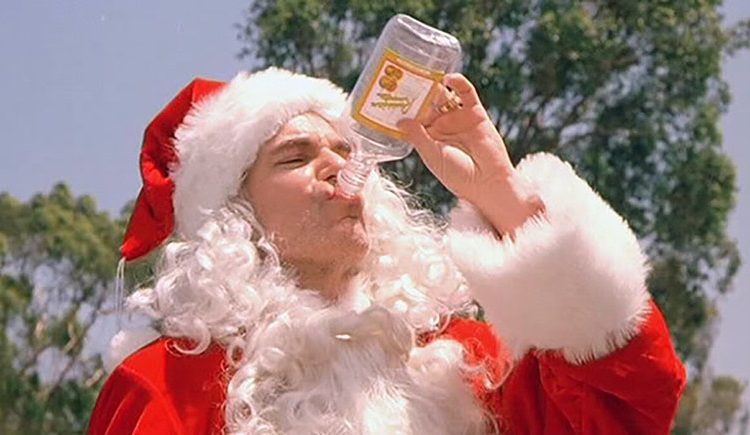 Shuffling through holiday movies means finding a mixed bag and testing your luck—and from the looks of it, the results may not be what you’d expect. While you got your usuals with “Love Actually,” “Elf,” and however many Tim-Allen-as-Santa-Claus sequels, there are those that bring less of a holiday cheer, and more of a post-Halloween scare—along with the plain, unadulterated weird.

Read more: Have yourself a scary little Christmas: 5 horror holiday films to watch

If you like your Christmas movies on the raunchy side, consider putting “Bad Santa” on your streaming queue. In this 2003 black comedy movie, two criminals, posing as Santa and an elf, scam several department stores. While it isn’t exactly “Die Hard,” expect a range of subplots with addiction, gun shootings, and a Santa Claus fetish that may have gone too far. It’s not short on accolades either—“Bad Santa” was nominated for a Golden Globe.

The Finnish film has a rave review from Roger Ebert himself, which dubbed as “superior,” and then comparing it to 1982’s “The Thing.” The dark fantasy film features a young boy named Pietari, believed to have discovered the tomb of Santa Claus, amid a world of mysterious reindeer killings and disappearing children. And nope, this isn’t your mom’s Santa Claus. Think “Krampus” but Finnish, like a monstrous Santa emerged out of the depths of hell.

While Dudley Dursley may only have 36 gifts for his birthday, at least he skipped out on taking drastic measures. Like most direct-to-movie Christmas specials, “What She Wants For Christmas” has all the heart, with a bit of the questionable side. When 10-year-old Abigail discovers that Santa didn’t bring the gift she’s been begging for, she takes matters to her own hands, kidnapping Santa Claus and tying him up for ransom. And, well, it worked.

You know who’s always getting coal for Christmas? Satan, probably. Straight out of a holiday fever dream, “Santa Claus” might just take the crown. For starters, the 1959 Mexican movie has Santa living in a magic castle in outer space. He’s apparently close pals with Merlin, while the real rivalry of the film lies between Santa and Satan. If you’re feeling in the mood for surrealism, chaotic evil, and side-eyes from those around you, then take a chance on some adventures with jolly, demon-fighting Santa.

SHAREBillie Eilish is three things we love: A badass artist, a modern emo,...