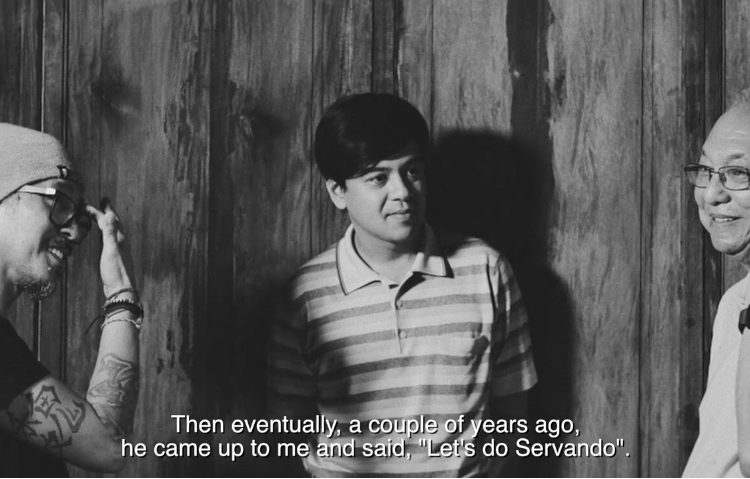 We’re a sucker for collaborations. And as much as this one looks like a cleverly-ironed fan theory, we’re luckily looking at possibly one of the most iconic collabs coming soon. Cue today’s legends of cinema: Veteran actor John Lloyd Cruz, most awarded scriptwriter in the country Ricky Lee, and slow cinema movement’s agents, filmmaker Lav Diaz.

Film production arm Black Sheep announced this through a three-minute video they posted on their socials yesterday, Feb. 5. This is a sneak peak into “Servando Magdamag,” an upcoming film adaptation of Ricky Lee’s Palanca award-winning short story of the same name.

Set to be directed by Diaz, “Servando Magdamag” will be top billed by John Lloyd Cruz, who’s been on hiatus from showbiz since 2017. The last time audiences saw Cruz was in a cameo in 2019’s MMFF film “Culion,” which was also penned by the veteran screenwriter.

In the preview, we learn about Diaz’ appreciation of Lee’s short story even if his college classmates thought it was difficult to read. Lee agrees to this, explaining the depth of Tagalog in the story.

“Servando Magdamag,” in Diaz’ words, was written in “stream of consciousness” style. “I really liked the material. My family comes from the proletariat. We were peasants. We’re working class,” he shares.

The politically-charged narrative will follow Servando Sais (played by Cruz), who, Diaz reveals, “[c]omes from a family of Spanish Hacienderos”

“It’s all about the death of the Monzon family, a feudal family. Nasa crossroads si Servando. It’s a history of Filipino violence in the country,” he adds.

SHAREWhether you’re deep into art, creative writing, fashion or film, you know that...