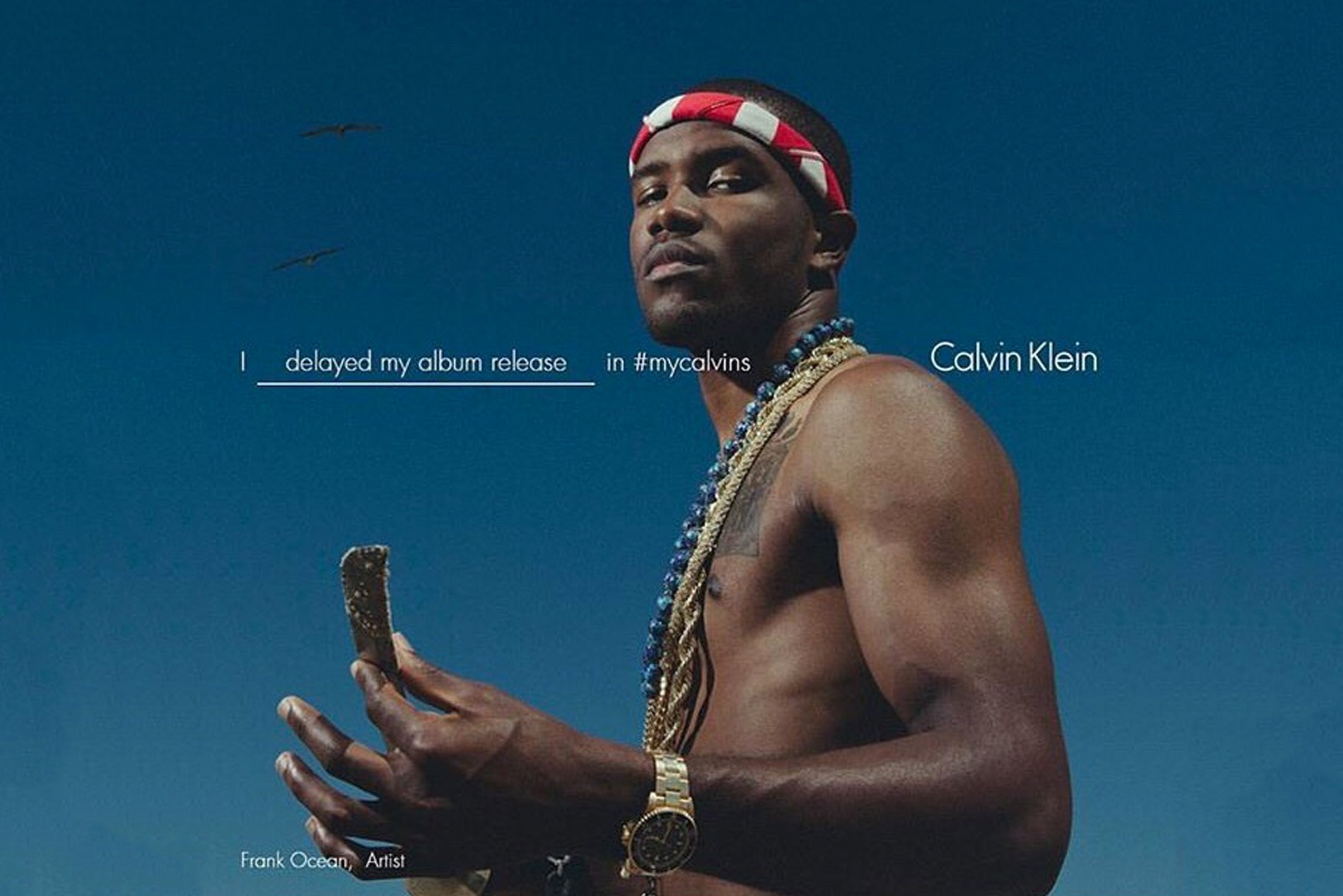 Frank. Frank. I’m tired. I can’t keep up with this anymore. After countless, highly-anticipated countdowns to the release of your album, Boys Don’t Cry (and your magazine of the same name) of which I have eagerly participated, each time more anxious than excited, I am almost giving up. We had a glimpse of you as part of a Calvin Klein campaign. I saw snippets of your private listening party earlier this year. Was that even real? I wanted to believe it was real. You had this very moving piece about Prince last April. For the month of July alone you have been a headline once or twice or ten times.

And then you had this weird livestream of coughing and ambient noises then suddenly you were chopping wood or something. Is this a metaphor for something? Is this just a weird loop to keep us from going insane? Because it’s making me insane. I couldn’t even watch it on Chrome with a Lenovo; I had to stream a stream of it from RapGenius. What the fuck, Frank?

And now the New York Times comes up with a date and a deal with Apple Music. Friday, August 5. Maybe you were just mistaken and this is the real deal. But hey, August 5, 2022 is also a Friday. Maybe you’ll release it by then. The New York Times, even with its anonymous source, has its reservations: “Given the number of delays the album has already had, it seems possible that Mr. Ocean could decide to put off the release beyond Friday.”

We know you’re a private man, Frank. And we know we’re not entitled to your music. But we need it. I need it. So Friday then? Please?