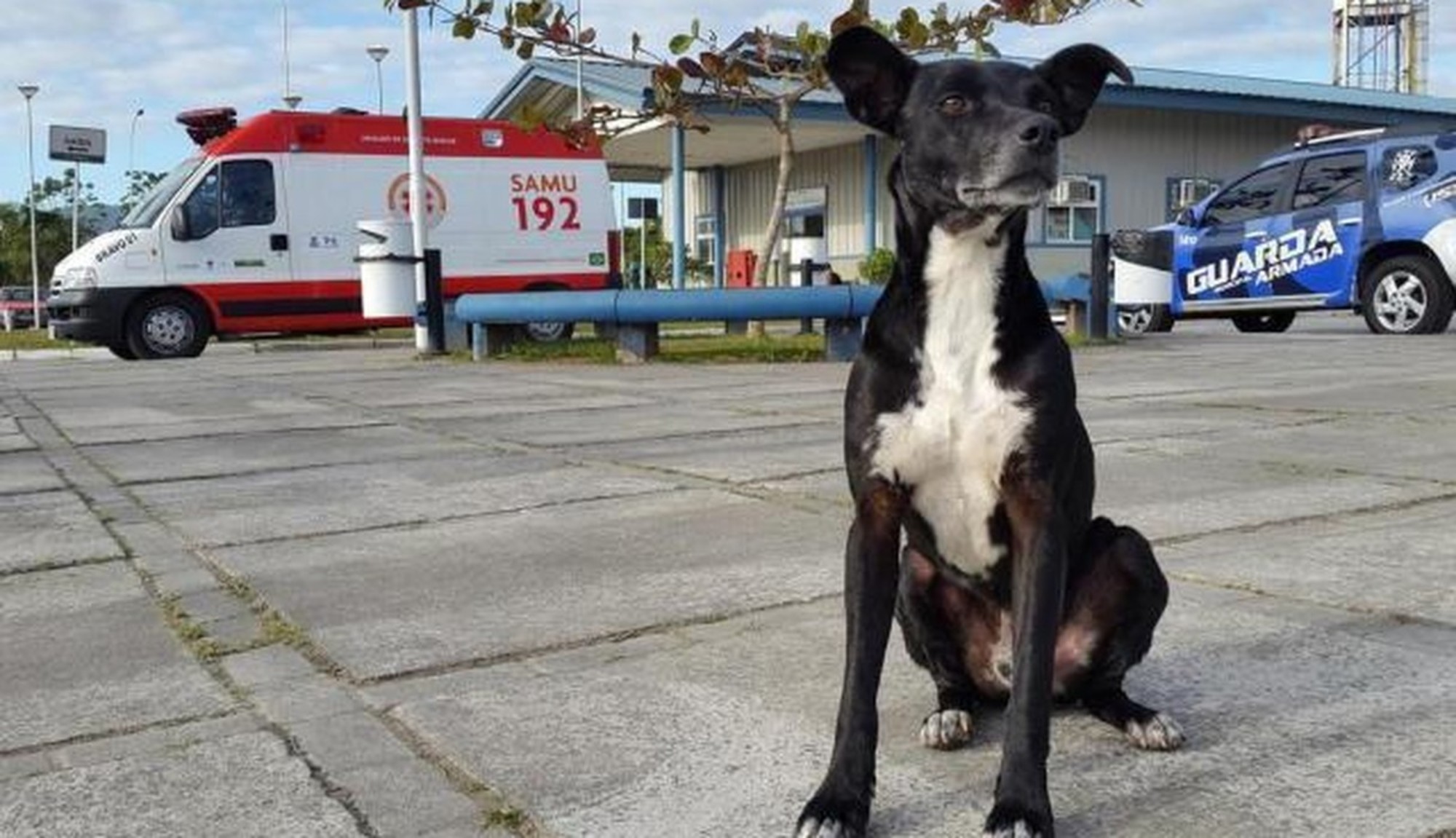 You’ve all heard the tale of Hachiko, the loyal Akita Inu who stood in front of Shibuya station in Japan for years waiting for his dead master. Just in case you’re not a dog person and didn’t really believe dogs could be that loyal, please prepare yourself for the story of this Brazilian dog.

Negão (“black”), a stray dog belonging to a homeless man in Santa Catarina state, followed his master’s ambulance as he was carried away to the hospital last November due to an infection. Unfortunately, the poor man passed away in there, but Negão never knew—and so he stands guard at Ruth Cardoso Hospital, checking to see if his master would come in one of the ambulances or come out of the doors.

And just in case you were wondering why no kind soul would adopt Negão, two families have actually tried, but he keeps escaping to head back to the hospital. Because Negão has been patiently waiting for at least eight months, the employees of the hospital decided to take him in and care for him themselves.

“He will stay here with us until he decides if he wants to leave or not. As long as he remains here, we will give all the care, warmth and love he needs,” said Giselle Bianchi, one of the employees at Ruth Cardoso.

SHAREBy Denise Fernandez Photos courtesy of Netflix Yes, you all finally heard the...

SHAREPetsa de Peligro is a Spanish phrase meaning “the day of danger.” But...