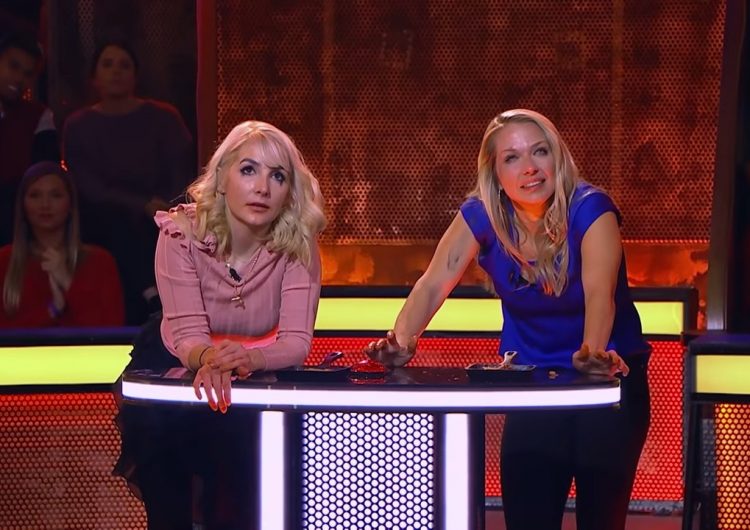 Our favorite web series is bringing its hot wings (and even hotter questions) to the small screen in a gamified trivia quiz format.

Last night, First We Feast, the media company that created Hot Ones, released a trailer to whet our appetite before the show’s debut. The clips feature the “Pepperdome,” the stage where most of the sickeningly spicy shenanigans will occur.

Contestants are seen crying, doubling over, and worst of all, puking into a bucket. “This cannot be legal,” says one contestant in a teaser. Another says their fingers have gone numb from the hot sauce. EMTs are stationed and ready at the sidelines should there be health-threatening hot wings bites. Suffice to say, the game show edition of Hot Ones is like the Da Bomb sauce on steroids.

Read more: 6 food haunts that are open 24/7 for your late night munchies

If you thought the hot wings in the original web show were already bad, wait til you see the monstrous sauces the Hot Ones team have concocted for the game show. The sauces, according to host Sean Evans, are a “sinister blend designed to turn their brains inside out.”

What the hell is worth this heinous torture and risk of scarring your internal organs, you ask? For the brave players, it’s $25,000 and also the chance to flex their status as Hot Ones legends. For us, it’s nefariously good television.

Because we know you’re curious, go ahead and watch the teaser below.

Still from “Hot Ones: The Game Show”

SHARETim Marquez keeps himself busy. He plays with his brothers in One Click...

The Last Jedi is pretty ominous, and it may very well be the...