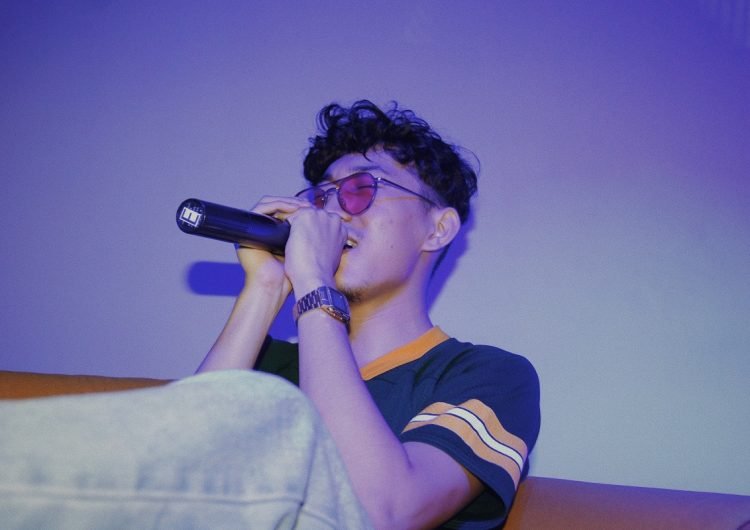 “I treat music like medicine,” says Pixel Collective’s 20-year-old bedroom producer John San Juan, who finds catharsis through crafting “food, sex, and suicidal thoughts”-centric music under the moniker “Washere.” A pseudonym he didn’t take until he was already on his second EP titled Bodies of Water (2015), he divulges, “I always find myself thinking about the past and the future, stuck in time, in the non-existent consumed by my own mind. ‘Now’ is the only thing that truly exist but I’m not here in the ‘now,’ that’s why I call myself ‘Washere.’

A project he started off in 2015, as an outcry against having to endure his dad’s noisy garage band and The Beatles records playing day in and day out. He quips “I hated music or at least my preconceived idea of music. They sound good, but I’m a man of variety. I liked anime theme songs and video game soundtracks, but for some reason I didn’t consider them as music at the time; I only started appreciating music in late high school, thanks to UDD.” Not knowing much about music, he picked up tips from YouTube tutorial videos and bought his first midi keyboard (Korg’s microkey) and a knock-off USB playstation controller from CD-R King to use as a drum pad, and started making music with his laptop.

Now with four EPs under his name: the sample-based MaharliCasuals (2015), the 11 tracked Bodies of Water (2015), the Valentine’s drop 40;^) (2017), and the latest love mixtape re:home (2017), he timidly explains, “I also have a lot of unreleased tracks, but I’m not sure if I’ll ever release them. I have this one song that I played during my set at Scout Socials—I guess I’ll post that. To be honest, every time I release a song I’m always sure it’s my last one. I’m just as surprised as everyone else whenever I make new stuff.”

Not a regular gig guy either, Washere remains an enigma who’s neither here nor there. With that being said, he makes us a playlist of nine songs, in his words, “Either ground me in the present or bring me back to my attachments with the past.”

“This is what ‘snapping out of your anxieties and suddenly becoming aware of the present’ sounds like. Also, Gone Girl is my fave movie.”

“I listen to this religiously when I want to enjoy the most mundane things alone.”

“Reminds me of the day I confessed to this person I like, and he sent me this earlier on that same day. Sad face.”


“Also reminds me of that person I like, for no apparent reason.”

“When I wanna get into that ‘catching up with my brain overflowing with rapid ideas that rarely manifest’ vibe.”

“I remember discovering UDD back in high school. I immediately stopped whatever I was doing and lied down the floor; UDD saved my life.”

“I like listening to BBNG while riding a jeep late at night. Makes me feel like I am where I’m supposed to be even when it’s scary.”

“This one is an experience; feels like rebirth—something I really need right now.”

“I‘ve associated this one with fractals and infinity because I first heard this from a fractal zoom video—the most mind-opening thing I’ve ever experienced while sober. Still gives me chills to this day. Spoiler: It gets better 10-minute onwards. “

SHAREAs crazy as the world is right now, one thing’s for certain: We’re...

SHAREBy Celene Sakurako If you haven’t heard much from Mariah Reodica (vox/guitar/theremin/synths), Alyana...