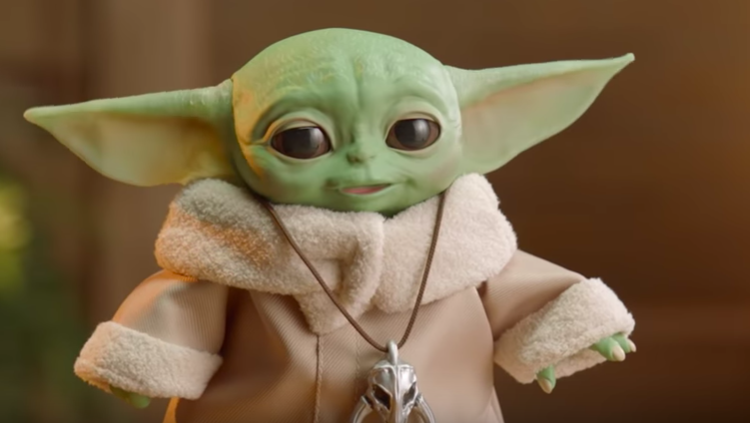 As someone who thinks Baby Yoda has become an overblown, saturated internet thing that got way too much attention, I will admit: The new Baby Yoda toy is frikkin adorable. Did we really need the emoji? Probably not. Did we even need the makeup line? Literally nobody asked for one. But this? THIS? Finally, the capitalists have hit the nail on the head.

If only it was acceptable to write full strings of punctuation for a web article, I would do it in a heartbeat. Honestly going “!!!” for a full 30 seconds is the best way I could articulate my reaction on text. That, or the “aww” emoji you send to your friends or significant other when you’re trying to act cute (don’t deny it, you know the one).

Hasbro announced the animatronic plush in the New York Toy Fair and has since opened the pre-sale of this adorable little bugger. Not only does this Baby Yoda toy move its wittle, I mean, LITTLE ears in tandem with large, blinking eyes and cooing mouth, but it also has 25 unique sound and motion patterns. It even moves its arms when it uses its “force powers.” Quite frankly, it can do whatever the hell it wants. I support you lil green dude.

SHAREFor those disappointed with the delay of iconic emo rock band My Chemical...

The cheeks are blushed and rosy, the eyebrows on point, the hair colored...