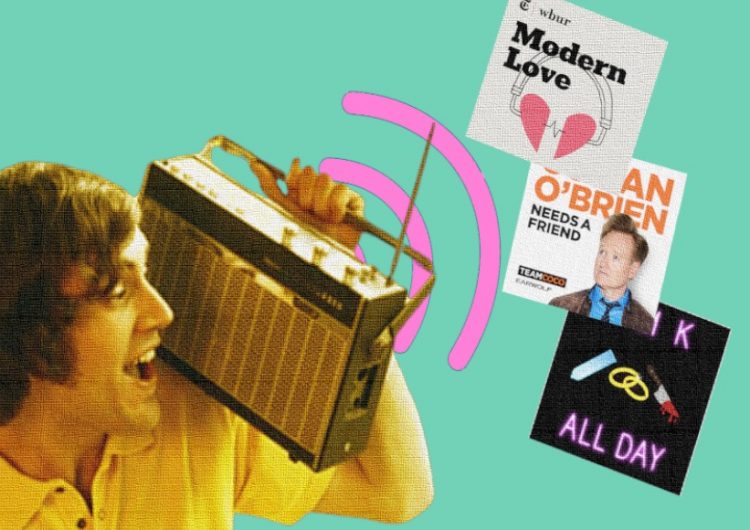 Let’s face it: 2020 has gotten the world in complete shambles. A volcano erupted, we lost a global icon, a pandemic broke out. It can get pretty hard to pick our spirits up from the gutter after all that.

Now, while we’re “socially distancing” ourselves from the world and waiting this shitstorm out, we could use some positive messages. That’s why we’ve gathered up this collection of podcasts to remind us of a time when the world didn’t feel like it was ending.

From ridiculous challenges to wonderfully complex stories of humanity, these podcasts can make you laugh a little and, just maybe, feel hope for the world again.

Start off with: Back When I Was Older

Invisibilia is a thought-provoking show that, as the creators say, is based on empathy—which we need more of right now. It explores the many facets of the human condition, from the most mundane like how clothes affect our emotions, to the most unimaginable, like the story of a man stuck in his own head for 12 years mid-coma.

This particular episode is one of the show’s shorter ones at 20 minutes. It’s about a child who seemingly has recollections of other people’s memories. Is it reincarnation? Telepathy? It’s a short but sweet episode that gets you thinking beyond the daily trudge of life and into more spiritual .

Start off with: He’s Playing Our Song | With Amanda Seyfried

If you think the best love stories are found onscreen, Modern Love will make you think twice. This podcast by The New York Times is a collection of the best published stories in their column of the same name, read by (very A-list) actors. What makes these stories better than movies like “The Notebook” is that they’re real ones—which prove that there are still good things in this world, even if it seems the opposite.

“He’s Playing Our Song” is a story about the writer’s first high school love, and the heartwarming story coupled with Amanda Seyfried’s soft, familiar voice makes this episode a comforting episode. But really, there aren’t any bad episodes on this show, as far as I’ve heard.

Start off with: Bill Hader

Here’s a not-so-hot take: Conan O’Brien is one of the best talk show hosts in the game right now. The man is walking content and the world knows it, which is probably why his remote skits always reach some kind of virality. His podcast lets him do what he does best: banter with a guest. And without the eight-minute confine of a TV show segment, Conan really gets to let loose while also being an exceptional interviewer along the way.

If you want maximum, belly-aching laughs, a good recommendation is his episode with Bill Hader. The two individually are already legendary comedians, so imagine them holding an hour-long conversation. It’s pandemonium in the most hilarious way.

Read more: 8 binge-worthy podcasts for every mood and genre

Start off with: Jesus Is Really Hot

For the people in the audience who are fans of bite-sized content, FMK All Day might be more your speed. It’s a comedy show hosted by two women who, over a ludicrous series of subjects, ask the age-old question: Fuck, Marry or Kill?

The boundaries on what to ask this question on are pretty much endless, as evidenced by our suggested episode. Hosts Erin King and Elizabeth Nordenholt, two born and raised Christian women, debate who they’d FMK over the Holy Trinity. It’s a little (okay, a lot) blasphemous, but if you’re into more risque comedy, you might want to check it out. Besides, what’s right or wrong anymore in this post-apocalyptic 2020 nightmare we’re living in?
Art by Rogin Losa

Students are no longer required to take a lot of the fun other...