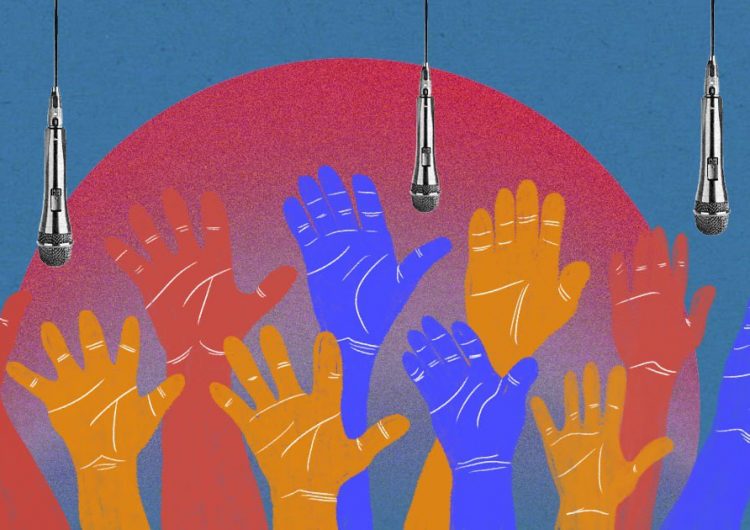 In a surprise 12-minute public address last night, President Rodrigo Duterte conducted his weekly mandated report per the Bayanihan Act. To put it lightly, the public address did not serve its function at all.

One thing is for certain—the president’s statement boasted a glaring lack of plans. Instead of providing concrete and evidence-backed reports, he made severe warnings against citizens who are going against the government. “Kayong mga left, you are not the government,” said Duterte.

As far as proactive action goes, the president mentioned that he will support frontliners—without going into detail. He also announced that the distribution of funds and food will be transferred to Department of Social Welfare and Development (DSWD) Secretary Rolando Bautista in order to utilize the department’s existing distribution network.

Still, there is no mention of the P275 billion budget breakdown for COVID-19 relief.

The president seems to forget his request for accountability early in his term. “Do not hesitate to attack me, criticize me, if I do wrong in my job,” said Duterte in 2016. This was in response to being asked about his frustrations with the media. “I am not at liberty to be angry at anybody. It is your sworn duty to ask questions.” Duterte understood the importance of criticism, so why is he responding with threats of violence?

With as much respect as we can muster, we’d like to to give a refresher to the people in power on the basics of our system of government.

Reminder: Elected officials are here to serve their constituents. Power lies in the hands of citizens, and accountability rests in the hands of the people they’ve placed in office. Democracies operate on the notion that sovereignty rests with the people. “Wag ninyong subukan ang gobyerno,” said Duterte last night. This is a test: for the administration to prove that they are here to serve the most vulnerable among us.

Already, people are starting to voice their protests online. And lest anyone forget, freedom of speech is a fundamental democratic and Constitutional right.

If our govt wont act fast, no one can stop a starving population from looting, rallying, or fighting for what they deserve. It’s only a matter of time. Not being a pessimist but we’ve seen this incident happen all over the world. Govts exist to fully serve the people. #Ideally https://t.co/6JQ4nmjBFx

“they have money for wars, but can’t feed the poor”

Takot na nga yung mga tao because of this virus. Their own government is depriving them of food, their officials are MIA, one was parading about without following guidelines and you have the nerve to scare them even more with violence? WHY? How is that helpful?

As things are turning out, COVID-19 is not the worst virus in our country. There are some that are worse. Unfortunately, they make decisions.

Let our response be “anuna”

As history has demonstrated, the Filipino people have proven their power time and again. Just look at your basic history books for the seminal People Power revolutions. Even easier, look to the hashtags on your phones. If you want something even simpler, we’ll quote Barbie, a children’s cartoon character from Toy Story 3: “Authority should derive from the consent of the governed, not from the threat of force.”

Mr. President, the people you serve do not need—nor deserve—your surprise late night threats. They need effective leadership and urgent response from you, and they need it now.

SHAREWondering what Jason Dhakal has been up to lately? According to his Twitter...

SHARE#InScoutWeTrust. Cut and sewn by hand. Fitted loose. Made in collaboration with Proudrace....