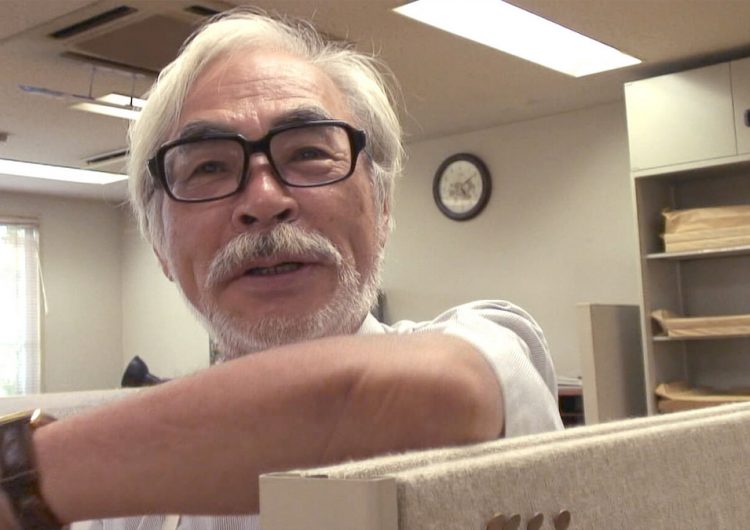 In case you didn’t know, Studio Ghibli films are now available on Netflix. But for a deeper look into the man behind them, NHK has a documentary to fill four hours of your time with age-old wisdom.

“10 Years with Hayao Miyazaki” is a four-part series that follows the filmmaker into his creative process and personal life, all viewed through the lens of a fly-on-the-wall spectator. Director Kaku Arakawa was given access under the condition that he’ll film the project alone.

The documentary begins in 2006, during the making of Hayao Miyazaki’s last two completed features, “Ponyo” and “The Wind Rises.” Viewers shadow the filmmaker, with glimpses of his private studio and the Studio Ghibli HQ. Included are rare vignettes of him relaxing at home, as he discusses topics from the mundanity of life to the bigger picture—with critiques on his colleagues, the gripes of old age, as well as the 2011 Japan earthquake and the nuclear disaster that followed.

Read more: Studio Ghibli films will officially be on Netflix

The series also covers the first feature by Miyazaki’s estranged son Goro, “Tales from the Earthsea.” Just like any Studio Ghibli film, reviewers are dubbing it as a warm hug needed after a rough day, with all the same thoughtfulness you’ve come to expect.

It’s free to watch through NHK’s app and website, so consider your afternoon’s plans solved.

Screenshot from “10 Years with Hayao Miyazaki”

If you’ve been hooking up to your aux in your car stereo all...

SHAREWere you able to survive the zombie outbreak? It has been four years...