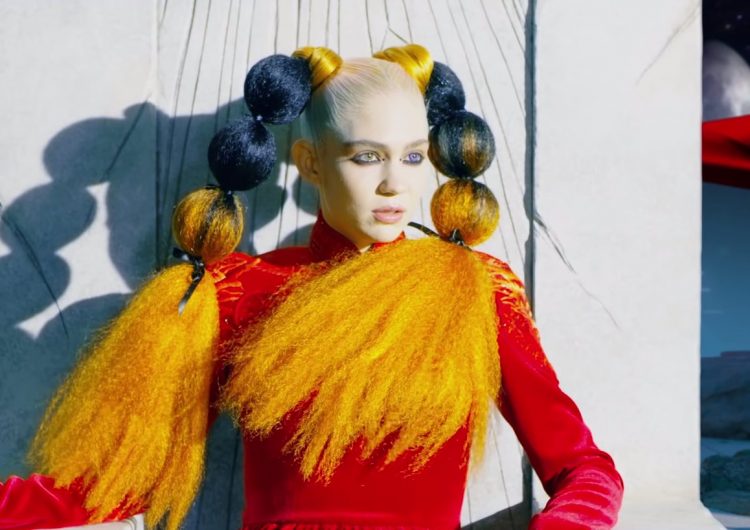 Call her activities whatever you want, but one thing’s for sure: Grimes is one of the most fascinating people in pop culture today.

After giving her baby an unusual name, Grimes is now making headlines again for putting “a fraction of her soul” for sale. It’s for her new online art exhibition titled Selling Out, which aims to highlight how artists give away a part of their soul with each piece sold.

According to a press release for the show: “Selling Out is executed as a contract in which Grimes sells a fraction of her soul, formalizing the idea that every time an artist sells a piece of their art, part of the soul is sold with it.”  The contract was made by Grimes and her lawyers.

Maccarone presents its debut collaboration with Grimes: an exclusive online viewing room on Gallery Platform LA (link in bio). The viewing room features Grimes’ series of digital photographs, centering WarNymph, the artist’s virtual avatar. WarNymph is birthed out of machine learning, and executed in collaboration between Grimes and her brother Mac Boucher. The viewing room is live on the platform from May 28th to June 3rd. @grimes @macboucher @warnymph @galleryplatform.la

According to Bloomberg, the piece was originally set for purchase at $10 million. “I didn’t want anyone to buy it,” said Grimes. “So, I said we should make it $10 million, and then it probably won’t sell.” Due to the current state of the world, however, Grimes felt it was inappropriate to ask for $10M. The piece will now be sold to whoever gives the “best offer.”

Where were you when Elon Musk and Grimes became a thing?