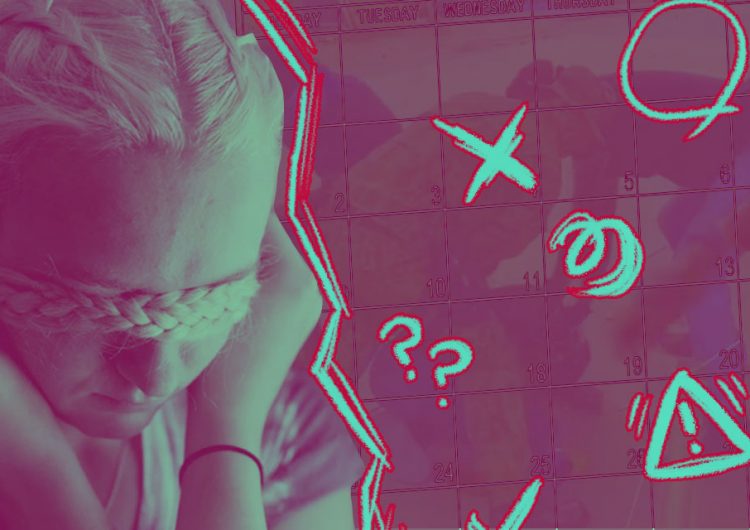 It’s been difficult to make heads or tails of what’s been happening lately. That much is fact. With all of the different reports circulating online it can be impossible to properly discern and digest all that information. Rumors about the fate of the country and what to expect in the following days are spreading at lightning speed.

We’ve reached a point where each day feels like a ticking time bomb.

Since Jan 30, when DOH reported the first confirmed case of COVID-19 within the country, everything started to unfurl. It was a 38 year-old Chinese national who flew in from mainland China, 3 weeks after China confirmed the existence of the virus.

We’ve reached a point where each day feels like a ticking time bomb. A fragile balance, threatening to tip over at any point in time. To help us make sense of this, we’ve listed down a brief (and surreal) timeline of events that have catapulted us into a state of unrest.

The first local transmission of COVID-19 is confirmed. Code Red Sub-Level 1 is raised by the DOH.

The president declares a state of public health emergency due to coronavirus.

Scientists from UP announce that their COVID-19 testing kits have been approved by the FDA for field testing.

At this point, the DOH’s tally is at 33 cases within the country.

WHO officially declares coronavirus a pandemic. Italy and Iran are hit hard by the outbreak. European countries Belgium, Bulgaria, Sweden, Albania and Ireland all report their first virus-related death. Robert Redfield, the head of the U.S. Centers for Disease Control and Prevention says, “If you want to be blunt, Europe is the new China.” The global economy plunges and there are increasing concerns of recession.

Already, there are reports of local hospitals refusing COVID-related patients because of overcapacity.

UPM University Student Council launches a donation drive for PGH due to lack of equipment. The DOH is questioned for its budget allocation, where are the billions of pesos being spent if not for public healthcare?

Community quarantine is imposed on Metro Manila. Police manned 56 checkpoints to ensure only residents of the area could enter their respective cities. This caused large crowds to gather near checkpoints.

Seeing the exponential growth of cases, there is public unrest. That afternoon, the president addresses the nation to impose “enhanced community quarantine” within NCR. Citizens within the region are no longer allowed to leave their homes unless completely necessary or if their work is essential business. The quarantine is set to end on April 14.

Even before the presscon ended, military personnel are already visible between city boundaries. People struggle to make their way home as large crowds are seen gathering by PUV terminals.

Pasig Mayor Vico Sotto announces that tricycles will continue to operate within his jurisdiction, despite the enhanced community quarantine. He appeals to the national government to allow trike operations to continue within Pasig. Sotto cites the importance of livelihood and having a means of transportation for his constituents.

The DILG disapproves Sotto’s request to continue trike operations and he complies.

The same day, Manila Mayor Isko Moreno is granted permission to allow 189 e-trikes to operate for frontliners within Manila. The DILG claims this is because the Manila e-trikes are government commissioned to assist healthcare workers.

DOH states that there is no need to do mass testing as of this time. They reason that there are not enough facilities to conduct testing. The tally of infected is at 217.

Malacanang asks for a special session to declare a national emergency. Presidential Spokesperson Salvador Panelo along with Senator Tito Sotto denies reports of the president planning to request for emergency powers.

The concern stems from a “Bayanihan Act” draft reportedly from Malacanang which was confirmed by Sotto to the press. The bill would enable the president to control sectors needed to address the pandemic.

Senators Tito Sotto and Pia Cayetano file the bill in the Senate. The bill gives the president the authority to access public funds and control private operations as needed to prevent the spread of the pandemic and expedite government solutions to the outbreak.

In a 17-hour Congress session, the House of Representatives and Senate approves their own version of the bill, now called “Bayanihan Act” following concerns that labeled certain sections questionable.

Through votation, the bill is passed by the Upper and Lower house on the third and final reading. The president is granted special powers through the “Bayanihan to Heal as One Act”. He promises that the law will help Filipinos get through the pandemic.

He promises that the law will help Filipinos get through the pandemic.

Senator Koko Pimentel announces that he is COVID positive. There is online outrage due to circulating reports of him shopping in S&R and taking his wife to Makati Medical Center while aware of his PUI status, thereby endangering civilians and even frontliners.

Pimentel apologises and asks for compassion in understanding his situation.

Justice Secretary Menardo Guevera had this to say about the breach in protocol: “As I have said before, during abnormal times like these, when people are prone to commit mistakes or violations of the law, the DOJ will temper the rigor of the law with human compassion.”

While people articulate the need to penalize the senator, other sectors remain concerned with the additional powers given to the president. The National Union of Journalists of the Philippines warns that the provision of the bill that “penalizes fake news” is a potential threat to free speech.

The first weekly report mandated by the Bayanihan to Heal as One Act is given eight hours late. Addressing the nation once more to update everyone on the use of special powers, the president is criticized for not being able to outline concrete plans to alleviate the concerns of the people.

In Quezon City, 20 protesters are rounded up by the police. The protesters allegedly left the safety of their homes to seek food and supplies. These provisions are supposedly for distribution by their LGU, as promised during the announcement of enhanced community quarantine. Two weeks into quarantine, and the protesters say no food aid arrived.

Suddenly, the government is mum about compassion.

On the same day, Mayor Vico Sotto is summoned by the NBI to explain his alleged violation of the Bayanihan to Heal as One Act by allowing tricycles to operate days before the bill was signed as law (see: above). This sparks online outrage. The hashtags “People Power,” “Protect Vico,” and “Oust Duterte” become trending topics nationwide.

That evening, the president addresses the nation once more to threaten government dissenters. He is quoted saying, “Shoot them dead.”

Whatever happens next, we need to stay vigilant.

We wake up to another day and brace ourselves for the unexpected. Decisions will be made and more events will unfurl. Whatever happens next, we need to stay vigilant.

Filipino artists Ylona Garcia, Zack Tabudlo, and Manila Grey will be on the...

SHAREAfter many reruns of Back to the Future⁠, I’ve occasionally pondered on the...