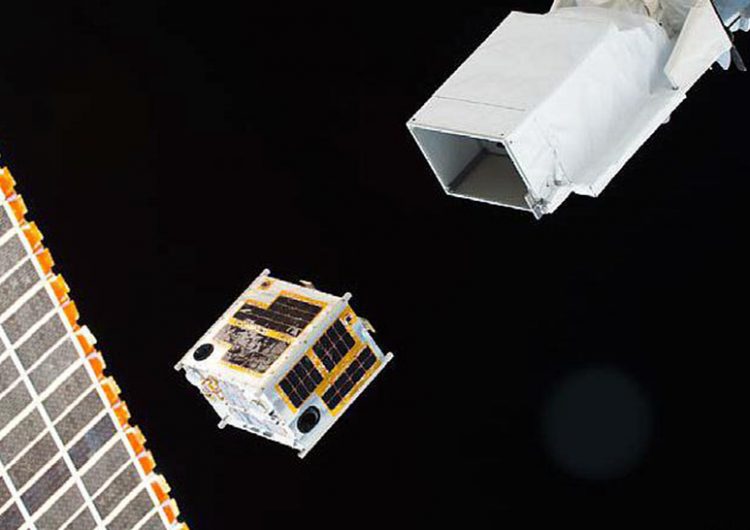 Tiny build, big dreams. The Diwata-1, the Philippines’ first microsatellite, returns to Earth after exceeding its three-year mission in space.

Launched on Mar. 23, 2016, the tiny space sprite was developed by the Department of Science and Technology through the Philippine Microsatellite (Phl-Microsat) Program, renamed Space Technology and Applications Mastery, Innovation and Advancement (STAMINA4Space) last year.

STAMINA4Space officially ended the Diwata-1’s mission in a Facebook post on Apr. 6, expecting chances of communicating with the craft would be low as it neared crossing the boundary between outer space and the Earth’s atmosphere.

“We confirm that today, 6 April 2020 at 04:49 a.m. Philippine Standard Time (PST), Diwata-1 was at an altitude of approximately 114km based on telemetry data received from the satellite. This altitude is very close to the Karman line, or the widely accepted boundary between outer space and the Earth’s atmosphere. It is expected that beyond this altitude, the chances of successfully establishing contact with Diwata-1 are extremely low. This, therefore, marks the official end of the mission lifetime of Diwata-1,” STAMINA4Space wrote.

The Diwata-1 was named after a mythical being common in Philippine folklore. According to the Phl-Microsat website, “Diwata” was meant to be a placeholder name until it stuck and eventually became its official name.

It’s neither a telecommunications nor a weather satellite. The Diwata-1 was meant to document and monitor environmental observations, specifically in the Philippines. Over the course of its mission, the Diwata-1 captured thousands of areas in the country, and even helped in monitoring the rehabilitation of Manila Bay. You can view some of the photos captured by Diwata-1 on Phl-Microsat’s official blog or by registering here.

This is only the beginning of advancements in satellite technology in the country as its sister satellite, Diwata-2, is still in orbit and carrying on the mission. Today, a satellite; tomorrow, a space agency (hopefully). Here’s to the future of local science!

SHAREEver since its first release on PlayStation 2 in 2004, the Monster Hunter franchise captivated...

SHAREThe first time I got hold of Ricky Lee’s scriptwriting manual “Trip to...

Will a roller coaster ride or a jungle log drop cure my mental...