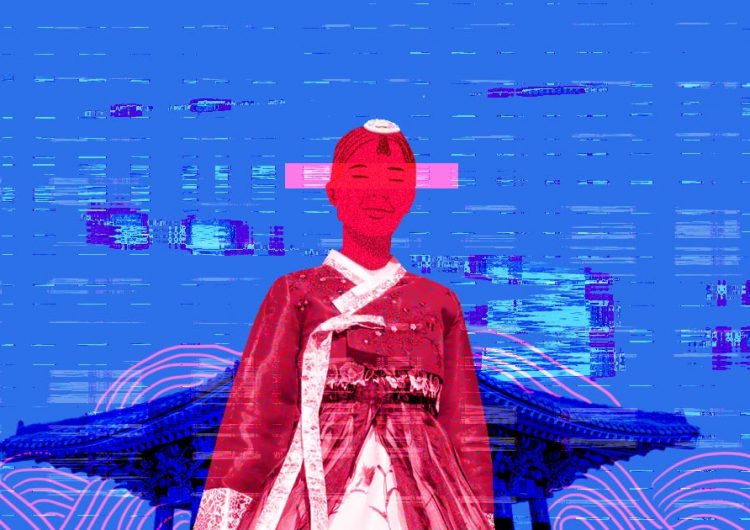 During “Parasite’s” historic Oscars win last year, South Korean entertainment mogul Miky Lee thanked the most important contributors to the film: the Korean audience. Aside from that, there’s also the fact that the South Korean government doesn’t hesitate to financially support their film industry’s growth. As a country that actively supports its film culture, it’s no surprise that South Korea is one of the most prolific storytellers in the history of cinema.

Hallyuwood’s rise to global fame during the last decade was ushered in on the backs of stellar works like “Train to Busan,” “The Handmaiden” and “Burning,” among many others. But another aspect of the SoKor entertainment industry that deserves praise is its drama series.

Sure, many of us are familiar with lighthearted romance Koreanovelas, but don’t count K-series out when it comes to tackling more serious narratives. From slice-of-life shows that tackle racial disparity or class division to noir-style murder mysteries that don’t resort to cheap thrills, these K-dramas will start you on the right path into the rich world of Korean storytelling.

Stories with romance are not necessarily love stories. And not all stories about love are romantic. This depth of exploration into the different kinds of love can be found in the Netflix Original series, “Itaewon Class.” Despite having tropes such as a boy-meets-girl pilot episode and an evil CEO antagonist, it gets pretty real.

It deals with some pretty sobering realities that contrast the usually idyllic representation of life in South Korea. There are discussions about trans discrimination, racism and police corruption that aren’t just token side plots or throwaway lines. These are main themes that actually affect, if not completely drive, the plot. So yes there is a romance, but Itaewon Class is way, way more than your usual love story.

Before you say this is a niche K-drama and therefore not representative of the mainstream majority, then let me start by saying “Signal” is one of the most acclaimed K-dramas of 2016. As in it became one of the highest rated programs in Korean cable television history. What did it take for this K-drama to get that kind of attention? Let’s get down to the details.

Based on a series of real life serial murders in Korea, this murder mystery follows the supernatural correspondence of a detective in 1986 with a cold-case profiler in 2015. They manage to talk through a mysterious walkie-talkie, and their knowledge of both past and present allow them to solve multiple cold cases in both timelines. Actual chills.

These are the players of the scene: Four wealthy families with a lust for competition, with patriarchs of high standing and children who treat grades like the be-all and end-all. Straight out of the nightmares of every kid who’s had a parent breathing down their neck, “Sky Castle” hits some very real notes. South Korea’s highest-viewed cable drama takes a satirical turn with family dynamics, putting it on par with your run-of-the-mill psychological thrillers.

For one, “Sky Castle” echoes the harrowing reality of the education system in South Korea. Academic pressure is one major cause of the country’s growing suicide rate, which the show doesn’t shy away from. From realities of abusive families to societal standards, this show goes beyond the veil of the upper echelons of society, and into what’s all at risk.

One of the highest rated dramas in Korean TV history, “Reply 1988” has its own romance narrative—but that’s not the entire focus. This show of the “Reply” series (“Reply 1997,” “Reply 1994”) tackles the day-to-day lives of five families living in Ssamundong, a street in Seoul. Set in hazy and nostalgic 1988, we see this one street become a pocket of different coming-of-age stories and milestones among the neighbors.

This heartwarming story weaves effective talk points about family ties, community, love, friendship and youth that you’ll definitely have a hard time recovering once you’ve finished watching it. And come on, their clever injection of pop culture? Just plain chef’s kiss. If this isn’t a full package drama for you, I don’t know what is.

Who doesn’t love a wholesome tale of friendship? Released this year, “Hospital Playlist” lets us become flies on the (hospital) wall, following the lives of five different doctors who attended the same medical school in 1999. Now, they live the fantasy of every solid (and slightly clingy) barkada out there—working in the same place.

Packed with memorable characters and clever slice-of-life bits, this series is a light-hearted take on relationship dynamics, growth and individuality. Consider it required viewing too, as it realistically portrays the life of a doctor—and how every day could be a crazy quest. Also, here’s a hint: This show has the same creators as the “Reply” series. No wonder there’s a familiar warmth (and threat of tears).
Art by Tine Paz Yap

My fondness for words began at a young age, around the same time...