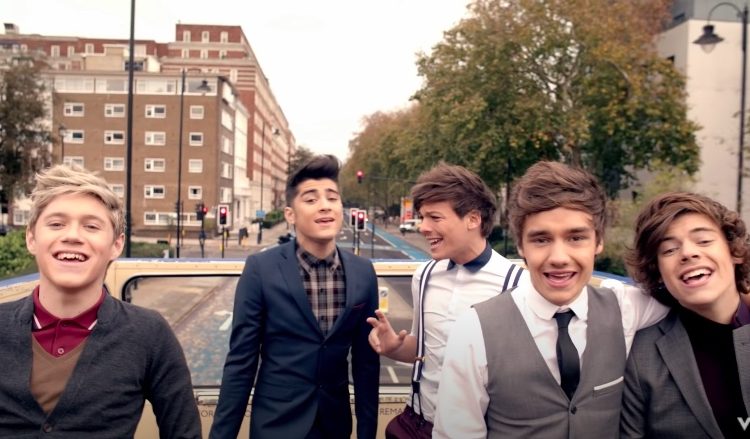 Wake up, Directioners. After weeks of going over “Midnight Memories” without skipping a track and immersing in 1D fanfic at the witching hour, the much-awaited comeback looks closer than we think. Who’s our lead? It’s none other than Liam Payne.

On Sunday, Payne had an Instagram Live session with Alesso to promote their latest single “Midnight.” In the snippet, we can hear Payne saying, “We’re trying to arrange the first group FaceTime at the moment. You [Alesso] can come fill in for Zayn [Malik] and join the band.” This was followed by Alesso’s remark, “Oh wow, the whole world is about to explode,” according to E! Online.

Read more: The Next Direction: Whatever happened to the boys of 1D?

“There are so many One Direction questions,” Alesso quipped while reading the outpour of 1D fans’ IG Live chats. “But I feel like I don’t want to put you on the spot because I know you can’t say too much.”

Payne followed suit by explaining, “I can’t say too much, actually Louis [Tomlinson] told me off for revealing a bit of our plans the other day. So, you’re going to have the group telling me off on the group chat.” I don’t know about you, but that chunk just gave us more clues.

?@LiamPayne confirms a One Direction reunion is in the works, reveals @Louis_Tomlinson ‘told him off’ for saying too much:

“We’ve been trying to arrange the first group facetime with the boys. You [Alesso] can come fill in for Zayn.” pic.twitter.com/lOd768XOZG

According to People, Payne also revealed that he spoke to Niall Horan on FaceTime that day, and he was “outside on his balcony sunbathing and whatever.” He also mentioned that most of them are currently in London.

In early 2015, it was announced that Zayn Malik will be leaving One Direction. The four-piece band continued until going on an extended hiatus in August 2015. Since then, the members pursued solo careers, but fans have continued to hope for any kind of reunion. Well, who wouldn’t? It’s freaking 1D.

Though we don’t want to freak out for now, we know that these clues are adding onto something for sure. Besides, if The Naked Brothers Band was able to have an unexpected Zoom party after more than a decade, anything is possible, right?

Still from “One Thing” MV

That endless “Ex Machina” rewatch will finally pay off

SHAREThis is the day the Lord has made for Nadine Lustre stans. When...