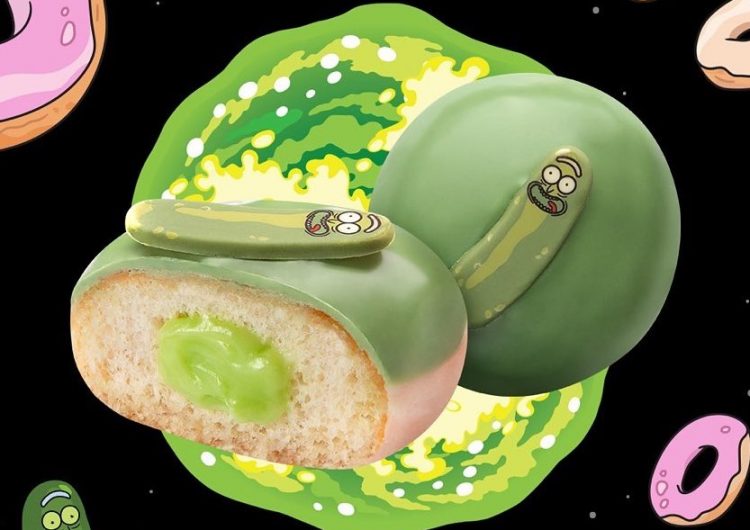 While they’re off gallivanting around universes—with the MCU among the list—Rick and Morty have infiltrated another ’verse that pulls us in like a blackhole, spending mindless hours in one spot. We’re talking about Krispy Kreme.

Wubba Lubba Dub Dub! Our Krispy Kreme x Rick & Morty doughnut and shake range has arrived! ? Allow us to welcome Pickle Rick, Simple Rick's Wafer Cookie and Strawberry Smiggles to the in-store doughnut lineup! Riding along with them is Fleeb Juice, our newest shake! These must-tries are now available at a Krispy Kreme store near you! ? Not available at 7-Eleven, BP or in South Australia.

Read more: Yup, ‘Rick and Morty’ is part of the Marvel Universe now

As of now, these “Rick and Morty” desserts slash snacks are only sold in Australian Krispy Kreme branches starting Mar. 16—cue boos from the rest of us not from down under. But it’s not too late to hitch a ride on a space cruiser, because sometimes, you just really want a donut.