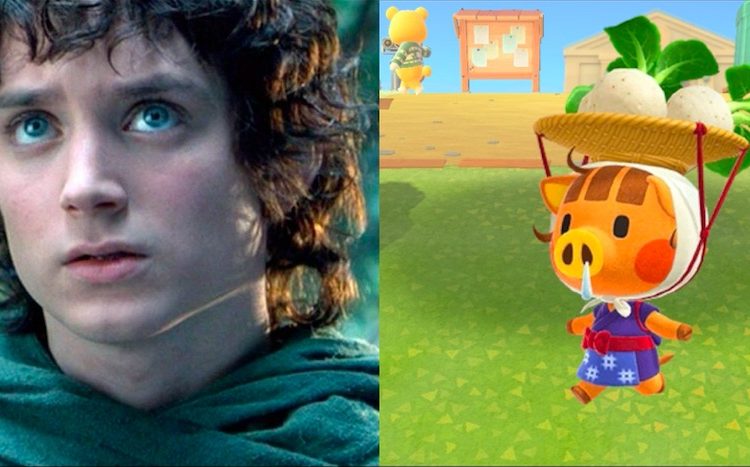 These are strange times we live in. One moment you could be tweeting about your Animal Crossing island’s turnip prices, the next, Bilbo Baggins is sliding into your DMs for an island visit. Don’t believe us? Well, that’s exactly what happened to Twitter user @directedbyrian.

Animal Crossing player and “Star Wars” enthusiast @directedbyrian, whose Twitter name is Jessa, posted a tweet offering to open her island because of its current turnip prices: a whopping 599 bells. Typically, turnips go for around 400 bells on the Stalk Market, so this is a pretty big deal. Soon, requests came piling in—until even Elijah Wood sent one himself.

guys I tweeted my turnip prices and elijah wood just came to my island and hung out ????? this is the best day in quarantine yet pic.twitter.com/H3mYJWnvgR

The Screen Actors Guild Award winner and star of the massive “Lord of the Rings” franchise politely asked for Jessa’s Dodo code to visit their island. Lo and behold, the actor did, and was reportedly a lovely island visitor to boot.

Wood was kind enough to ask permission to pick fruits from the island and pose for screenshots with Jessa and her friends, who also visited the island. If it’s for selling turnips or meeting a living legend, who knows?

Wood was even kind enough to give a shoutout to “Star Wars” director Rian Johnson, saying in-game: “Long live Rian Johnson.” Afterward, Rian Johnson set the screenshot of this historic moment as his Twitter header. That’s probably the closest we’ll get to a LoTR x “Star Wars” crossover.

And so pictures were taken, turnips were sold, and “Star Wars” peeps were greeted, and Wood left the island. At any other time, this would seem like a fever dream. But it’s 2020 and we’re mid-quarantine—the WTF moments are endless.

For your consideration: Animal Crossing alternatives to aid your FOMO

Still from “Lord of the Rings”

SHAREWe all know Supreme as that one brand. You know, that big name...