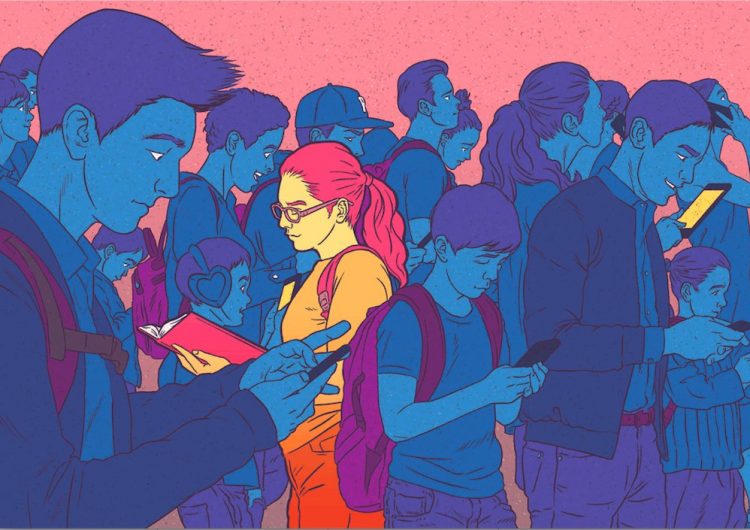 It was decided: I didn’t want to be successful when I became an adult.

I wanted success the same time most teenagers wanted success–right at that very moment. I had decided, setting my sights as high as I could, that 2015 was going to be the year I revive print. A tall order for any established publication, let alone a 17-year-old, but I didn’t let that stop me. While people of far-off generations tried to figure out what to call us (Gen Zs? Millennials? A bunch of entitled kids?), we busied ourselves trying to achieve “success” or rather, success as we perceived it: reviving a “dying” industry.

We busied ourselves trying to achieve “success” or rather, success as we perceived it: reviving a “dying” industry.

The realization dawned on me when I visited a decade-old magazine stand in a popular Makati mall, one that I went to every month during high school. There I bought new issues of print mags I swore by, and I was amazed with every flip of a page. I called it my regular weekend routine; the thought of holding a new copy always sent me to the moon and back. The middle-aged woman who sold them was thoughtful enough to remember my favorites.

The old “ding!” of Facebook Messenger marked what I thought was the start of my success story. “Something Spectacular,” I named the PowerPoint presentation I sent to our high school barkada group chat. No hints, no warnings. Just the thrill of having them open it made me want to jump out of my rusty computer chair. Seen by three people. Let the clickbait work.

It was 2015. The presentation I sent came with a formal message that looked weird for a group of friends who always banter and tease each other: “I have a proposal. Why don’t we make an online magazine?” 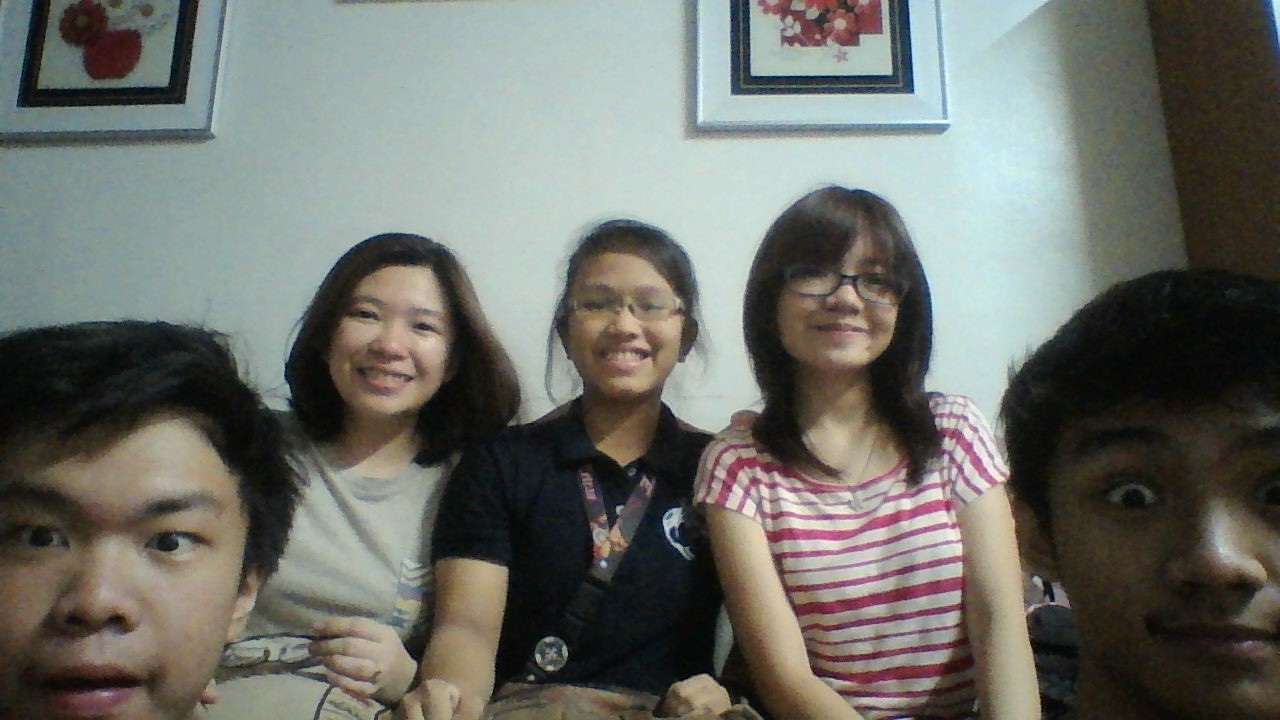 In less than a week I managed to drag three of my friends to a now-defunct milk tea shop, solidifying their commitment to “Something Spectacular.” Each of us sat in our sweat-soaked uniforms, having spent two hours commuting from different universities in Metro Manila. This was the first time we had seen each other since college started. Funny how it was a business meeting of sorts. I was on the edge of my seat, presenting the full structure of our publication: our editorial board chart, a list of categories, and a blank slide to build our vision-mission on.

With my passion fueled by different online websites I contributed to (and was grateful to have learned from), I finally decided to be the founder of another. You could say this was extremely spontaneous, but for me, it felt like an eruption of long-built frustrations.

You could this was extremely spontaneous, but for me, it felt like an eruption of long-built frustrations.

Around 2013, as the weight of technology hoisted itself everywhere, I witnessed my favorite magazines’ slow decline.

The decade-old magazine stand even lost the titles I honestly didn’t notice before. No hints, no warnings—just a head helplessly shedding hair.

I should have known, right then and there, that print was slowly dying. Debates about this gradual demise sparked in the early years of the 2010s. It was talked about by major publications like The Guardian. It was alarming, but the symptoms were there. Would I stop seeing magazines completely?

Those questions led me to create Charlie ’n’ Charlotte, our online magazine. I don’t remember where we got its title, but Charlie means “man” and Charlotte means “free man.” We wanted to be an escape portal for the passionate youth—particularly those who thought their ideas were “caged in a blank room.” Or at least, that’s what our site said. 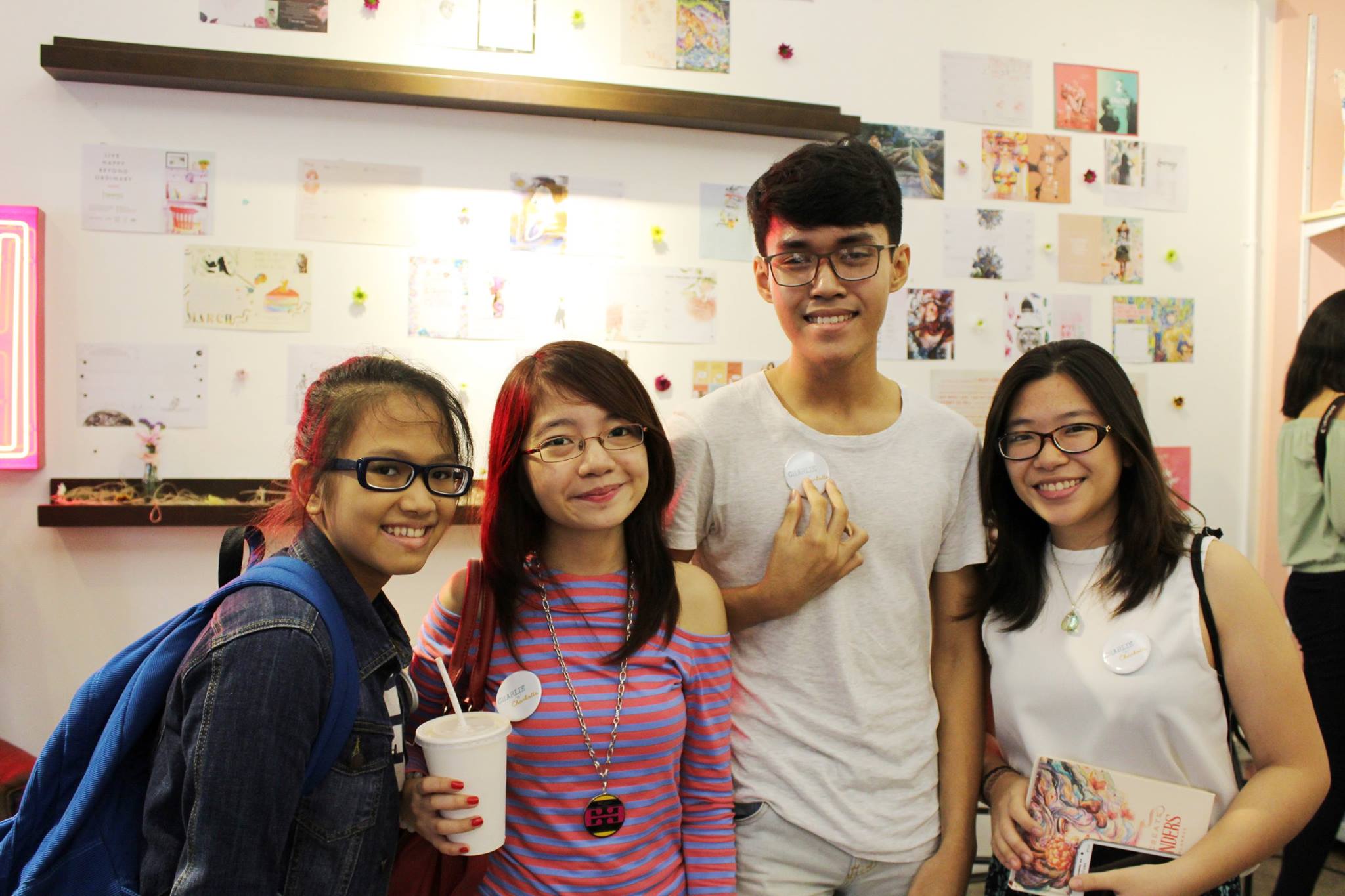 Settling on a name, goal, and overall aesthetic at our first meeting convinced me that this project was for the long run. Making my own magazine sounded both exciting and cathartic. This would be my “success.”

This was a time when everyone praised kids who achieved so much at an early age. The wunderkinds. The prodigies. Their names were in the headlines, and we were obsessed with them—child stars, young entrepreneurs, the 30 under 30. And if Tavi Gevinson—who started Rookie magazine at age 15—became successful, why couldn’t I? I wanted those shiny badges for myself.

Eventually, online magazines became the publishing world’s salvation. Stache, which dedicated its content to the creative youth, became my favorite publication to download from Issuu. Every issue was filled with fantastic photo essays and sharp visuals. Manic Pixie Bakunawa, an art and literary website, never fell short in serving Philippine literature so engaging you’d find yourself waiting for the next update. There were The Thing and Rumination, which—in their own unique voices—served a hefty amount of pop culture stories and thought-provoking insights. These were all made by kids like us.

Little by little, they resuscitated publishing’s last lung through collaborative effort and a genuine drive to create. Seeing your printed name on a page suddenly felt like a very real possibility, as you were assured that your essay, poem, short story, photo or video would be seen by just clicking “send.” Independent publishing became an open option—it encouraged more freedom in content and form. The sense of gatekeeping suddenly vanished.

Little by little, they resuscitated publishing’s last lung through collaborative effort and a genuine drive to create.

Charlie ’n’ Charlotte also found a spotlight of its own. I invited more people to join—college friends, friends of friends, and friends of friends of friends. We celebrated when we were visible enough to be invited to events; we all got stressed thinking of a story lineup for each week. What theme should follow after “Discovery?” Who would be free to do another photoshoot?

We would change our profile pictures in sync just to promote our upcoming theme. We would commute for two hours again just to meet each other at a café and secretly record snippets for our social media platforms. I don’t know how we pulled it off, but we’d also meet at 9 a.m. in a McDonald’s just to settle on website adjustments. Youthful ambition was the steam that kept us going. 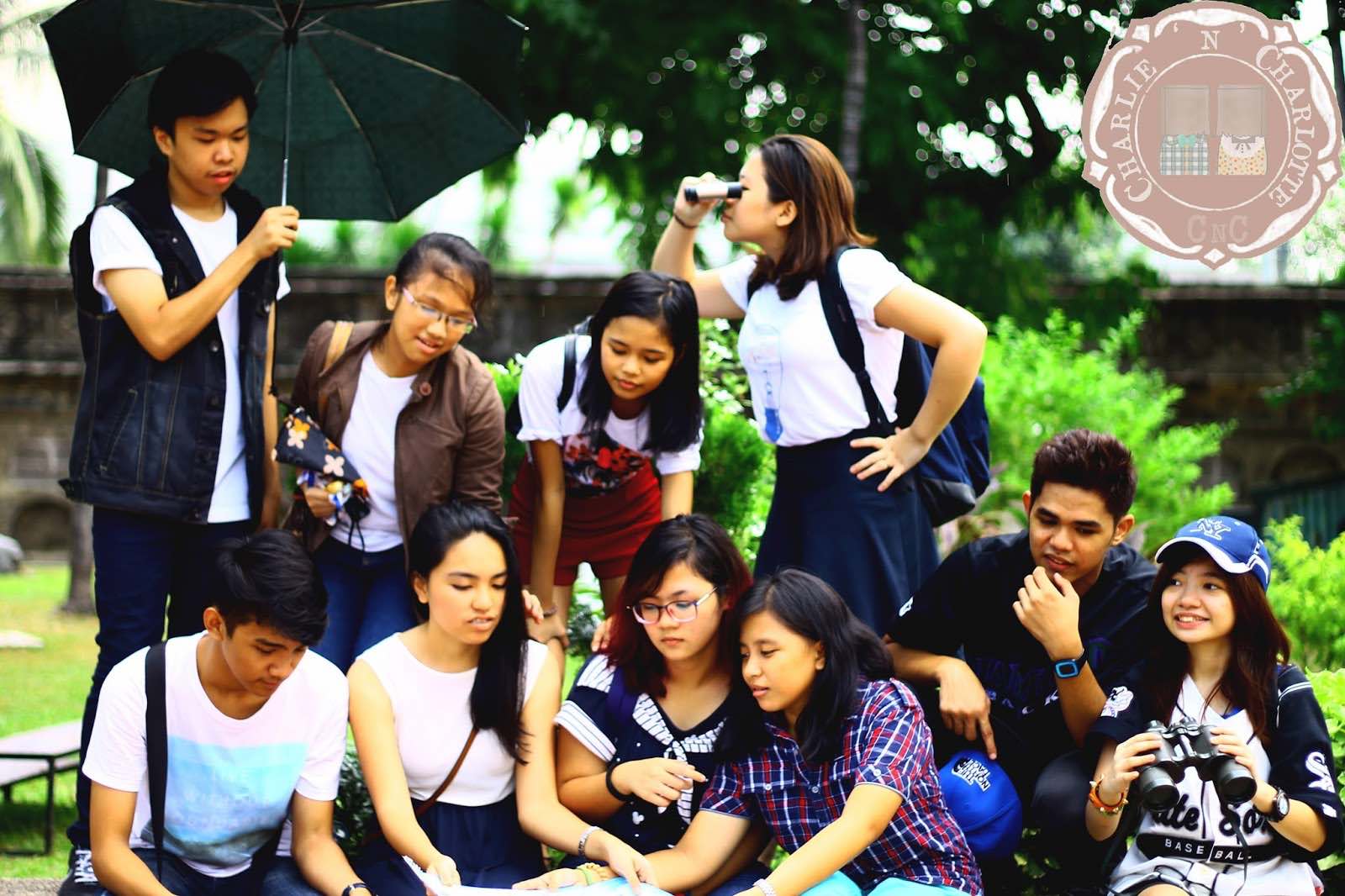 My “success” was supposed to start with “Something Spectacular,” marked by the old “ding!” of Facebook Messenger. My heart was secretly broken for a couple of months, thinking I was a failure. Despite all the forms of gratification Charlie ’n’ Charlotte had provided, I was so absorbed in making it that I never took the time to notice all that surrounded it. What is a tiny aﬃrmation here and there compared to single-handedly reviving print?

But as I moved forward, little achievements started to get my attention. Seeing my high school and college friends—who first met through Charlie ’n’ Charlotte—keeping in touch online. Receiving a request for collaboration from a girl I didn’t know just because she saw our “nice work” in the mag. Finding out a teammate included Charlie ’n’ Charlotte on her LinkedIn profile years later. And oh, we used the term Something Spectacular for a couple of years in our barkada when we wanted to open up about ideas we believed in.

Articles in HuffPost, The Guardian and Gateway Journalism have said “the death of print doesn’t have to mean the death of publishing.” It’s funny how in retrospect, we all took part in saving publishing in our little ways. It’s come full circle, and it’s delightful to see that times have changed now. 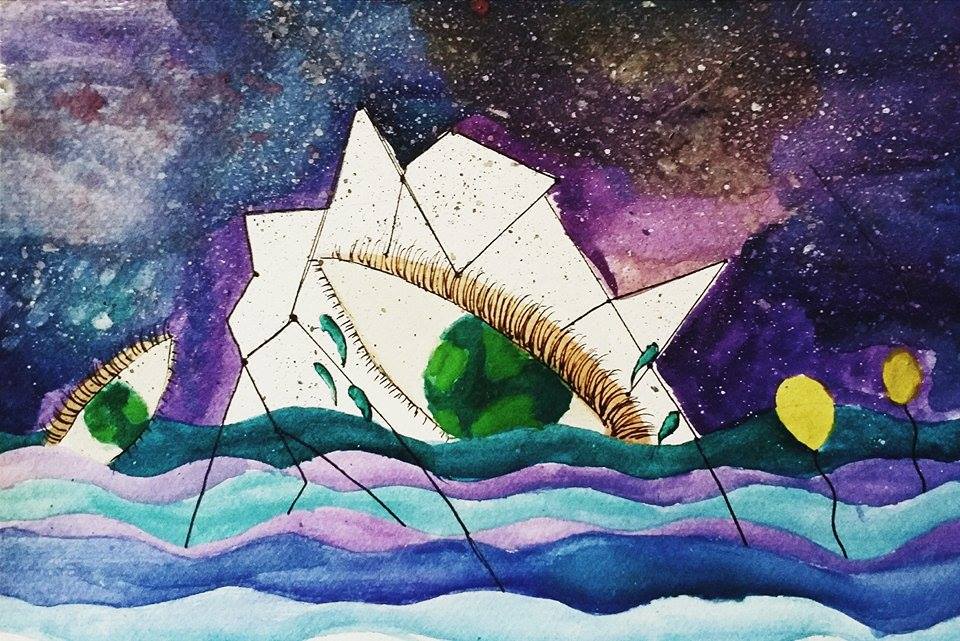 Wunderkinds, prodigies, and successful young people aren’t meant to be living guidebooks. There are circumstances we can’t control—like the privilege we’re born with—that play a huge part in how and when we get our goals. I was in such a hurry to become a big name out there, and I know other people were, too. No one told us to pace ourselves. Unlike now.

Maybe it’s still true: Now that I’m an adult, I have realized that there’s more to life than “success.” Maybe I just wanted to create things that matter, make things move, keep things alive. And maybe I—together with the youth that tried to save publishing—have already started it with the work of our words. The same way we protect our heritage, history and identity.

New Radicals was right. Kids, we have the dreamer’s disease. And it’s pretty contagious.

Read more:
We ask creatives about finding work-passion balance through self-publishing
5 lessons you’ll eventually learn when you start your new craft hobby
How I wrote a whole novel in 30 days (without the panic)

SHAREOurselves The Elves’ music has always reminded me of safe spaces. Building them...

SHAREBrandon Cueto, 26 year-old music producer from Fairview, has been on electronic music...