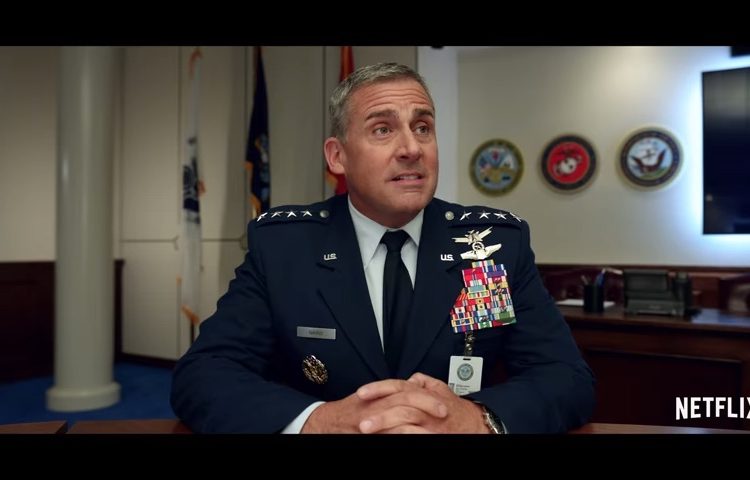 The team behind “The Office” is back with a Steve Carell-led comedy series, and this time around, they’re taking it up—like way, way up—a whole new level.

Last night, Netflix released the new trailer for “Space Force,” a new series helmed by “The Office” creator Greg Daniels. The plot revolves around four-star General Mark Naird, played by Carell, who is tasked to lead the new outer space division of the US military. According to Naird’s boss, it’s to achieve “space dominance.” We’re already cackling.

As the trailer shows, a lot of shenanigans ensue. Failed rockets explode (“Cost as much as four new middle schools.”), employees make fun of the project on the down-low, and parenting problems crop up at inconvenient times. How does Naird cope? By reciting The Beach Boys’ “Kokomo” alone in his office.

“Space Force” launches May 29 on Netflix. Hopefully, Michael Scott—err, I mean Steve Carell gets to be part of an inside joke in this show.

Someone reviewed every single Kanye album using ‘The Office’ clips

SHAREDespite vocal opposition, the Anti-Terrorism Act was signed into law on July 3,...

SHARELately, my music library has almost nothing new. It’s not that I’m picky...

SHAREHeads up 90s Pokémon kids: If you haven’t gotten a Switch yet, now’s...