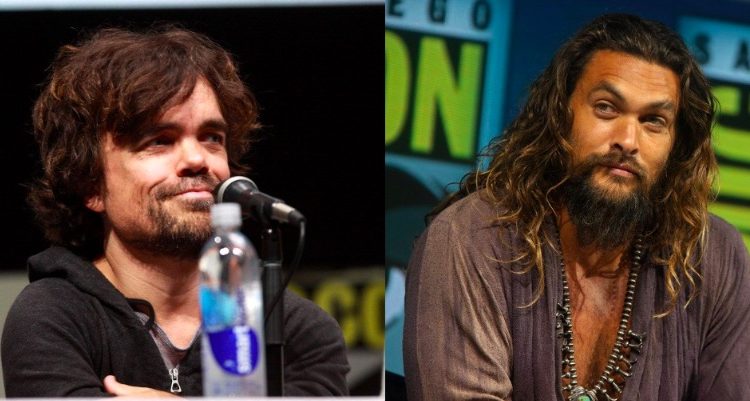 You’ve seen them with dragons, now they’re pairing up with a new supernatural force: vampires.

Deadline reports that “Game of Thrones” stars Peter Dinklage and Jason Momoa are in the process of signing on to produce and play the lead duo on “Good Bad and Undead.” The film will be produced by Legendary Entertainment (“John Wick,” “Interstellar,” “Inception”) and helmed by Max Barbakow (“Palm Springs”).

The film will feature Dinklage as one of the last descendants of the Van Helsing vampire hunting clan, and Momoa as a vampire who’s vowed never to kill again. Together, they run cons across villages where Dinklage’s character pretends to kill Momoa’s. “The intent is ‘Midnight Run’ in a Bram Stoker world,” writes Deadline.

Recently, Barbakow’s Andy Samberg and Cristin Milioti-led “Palm Springs” broke Sundance’s sales record (by 69 cents, no less). Let’s see if he can bring that magic to a vampire tale as well, shall we?

SHARE“‘You must be born again.’ The wind blows wherever it pleases. You hear...

SHARETime to rise up from your sleep, suburban kids. Who knew the “Goddess...