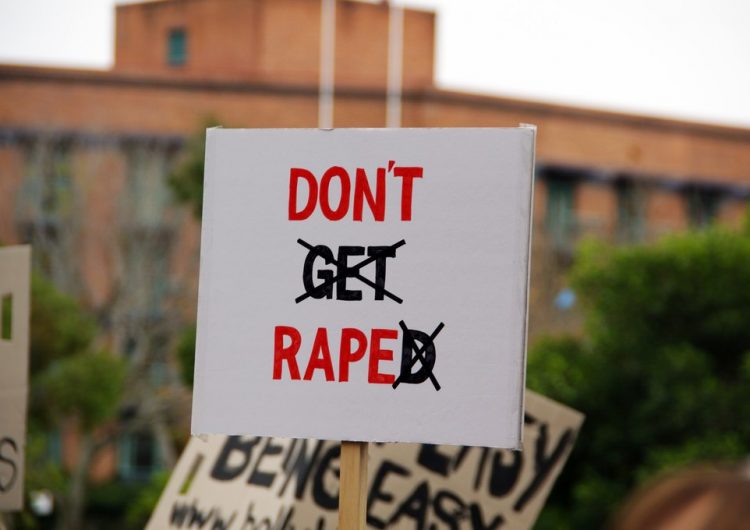 Over the weekend, the hashtag #HijaAko trended on Twitter after musician Frankie “Kakie” Pangilinan argued against broadcaster Ben Tulfo’s tweet to her on preventing rape, where Tulfo also called her “hija.” Now, Tulfo’s defending his statement—and also called out Inquirer and Rappler for allegedly posting fake news.

Hija @kakiep83 , a rapist or a juvenile sex offender’s desire to commit a crime will always be there. All they need is an opportunity, when to commit the crime. Sexy ladies, careful with the way you dress up! You are inviting the beast.

“Hija @kakiep83 , a rapist or a juvenile sex offender’s desire to commit a crime will always be there. All they need is an opportunity, when to commit the crime. Sexy ladies, careful with the way you dress up! You are inviting the beast,” read Tulfo’s tweet last June 13.

– rape culture is real and a product of this precise line of thinking, where the behavior is normalized, particularly by men.
– the way anyone dresses should not be deemed as ‘opportunity’ to sexually assault them. ever.
– calling me hija will not belittle my point. https://t.co/bLbtEDVGBn

To this, Pangilinan responded that rape culture is “a product of this precise line of thinking, where the behavior is normalized, particularly by men,” that outfits should not be deemed as an “opportunity,” and that calling her “hija” will not belittle her statement.

The following day, Tulfo defended his statement, denying that he placed blame on anyone. “Let’s get it straight, this is not a blame game. I said, let’s not awaken the beast within the criminals.” Tulfo also adds that he is “pro-victim,” and claims that Inquirer and Rappler’s reports are fake news.

Here’s where it gets complicated. The problem with Tulfo’s sentiments is that he—a journalist, broadcaster and father, as he often points out—continues to prescribe prevention to the women, all the while carrying the responsibility of his influence. His original tweet was aimed to warn “sexy ladies,” and implied that they then, to some degree, become complicit to rape should they dress a certain way.

“Let’s not awaken the beast,” he also says, again placing responsibility on innocent civilians. It’s apparently up to us to be “wais,” up to us to “outsmart” sexual deviants. It is the innocent party who should adjust to the “psychology” of the harasser. Although Tulfo did not explicitly blame victims, doesn’t “warning” them about their clothing then place undue responsibility?

It is through careless and insidious rhetoric that rape culture continues to thrive. Claiming to not support rape culture is not enough—it’s not even the bare minimum. The true fight against rape culture means examining and understanding the subtle, unconscious ways one upholds this system. You know, like telling “sexy ladies” to be careful not to arouse a rapist.

SHAREWhile we’ve personally heard frontliners tell their side of the story, there’s a...