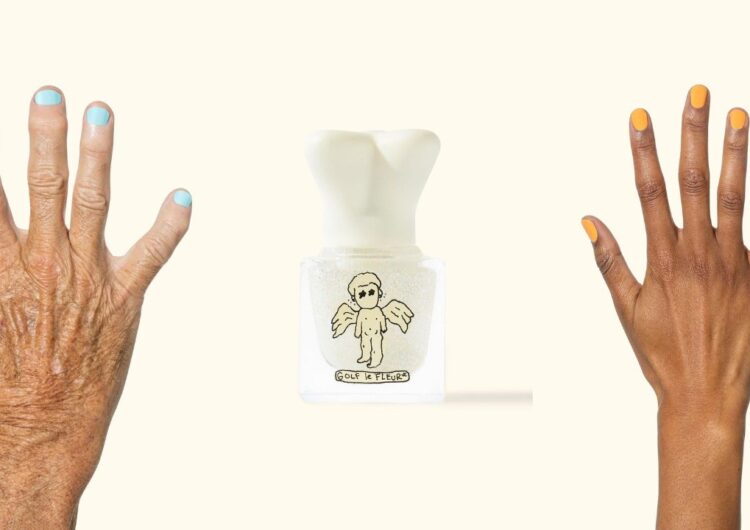 All the cool kids are entering the hottest new era: beauty moguls. Take Tyler, the Creator, for example.

After Harry Styles debuted Pleasing and reports of “Yeezy Beauty” came about, the latest musician to take the beauty route is none other than “Call Me If You Get Lost’s” Tyler, the Creator, whose lifestyle brand, Golf Le Fleur, is now dabbling into their previously uncharted territory.

The first drop includes three nail polishes in a shade dubbed as “Geneva Blue,” a soft orange hue called “Georgia Peach,” and “Glitter,” which is exactly what it sounds like. Each polish is non-toxic, cruelty-free, with a price tag of $20 (approximately P1,000). And good news: According to a tweet from Tyler, it won’t be a limited edition drop as he tried to “scale it” in hopes that everyone will be able to cop one.

Aside from the set of polishes, Golf Le Fleur is taking perfumery for a spin, with gender-neutral scent “French Waltz,” a rose musk fragrance with vibes like “dozing off in the garden, using the sun as a towel to dry off the leftover beads of lake water.” (A cottagecore dream, if I say so myself.)

Read more:
No one asked for a Yeezy Beauty line, yet here we are
Become Powerpuff Girls’ 4th member with ColourPop’s makeup set
Never end your emo phase with this new MCR-themed makeup