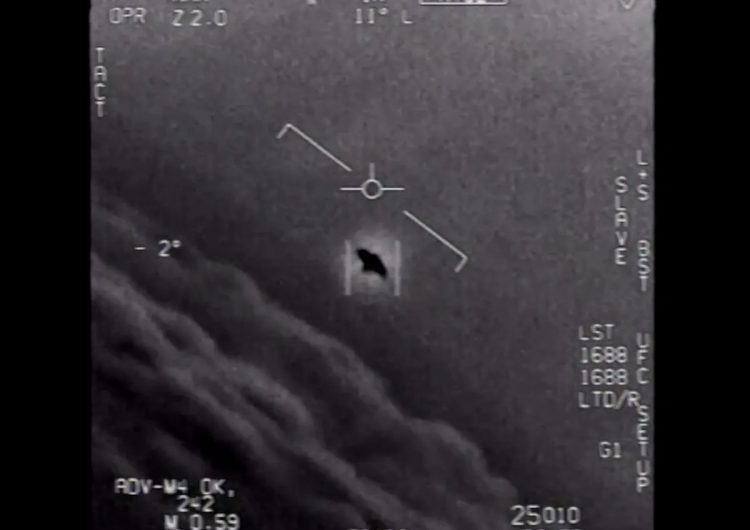 Here I am again with more deep space news, earthlings. Just when the US Navy inadvertently confirmed the existence of an official UFO task force, the Pentagon is at it again—this time, with even more footage of our supposed extraterrestrial friends. Really, are we even shocked at this point?

Back in April, three videos of “unidentified aerial phenomena” were officially released to the public by the US Department of Defense. The footage, one from 2004 and two from 2015, were filmed using infrared cameras and then leaked to outside organizations. The Pentagon’s official release, however, was a feat for alien conspiracy theorists everywhere.

And now, the Pentagon will start to regularly release their findings to the public every six months. According to The New York Times, the updated plans of the Pentagon’s alien detective gang (formally named as the Unidentified Aerial Phenomenon Task Force) were referenced last month in a Senate committee report. It detailed that their program was set to “standardize collection and reporting” of UFO sightings, aiming to share some of its findings with the public twice a year.

However, Sen. Marco Rubio gave a little buzzkill moment when he explained that alien life may not be the primary concern of the Pentagon’s latest program. Other than looking for life outside Earth, the program is there for military security, such as determining if China or Russia had made an undeclared technological leap. “Maybe there is a completely, sort of, boring explanation for it. But we need to find out,” he says, regarding the footage.

According to astrophysicist and consultant of the Pentagon program Eric W. Davis, some of the materials led him to believe that humans “couldn’t make it ourselves.” Back in March, Davis said he had given classified briefings on “off-world vehicles not made on this Earth.” The tinfoil hat continues to stay on for us, it seems.

Screenshot from The Pentagon released footage

SHAREThe night I got an advanced copy of Calix’s The Lesser of your...