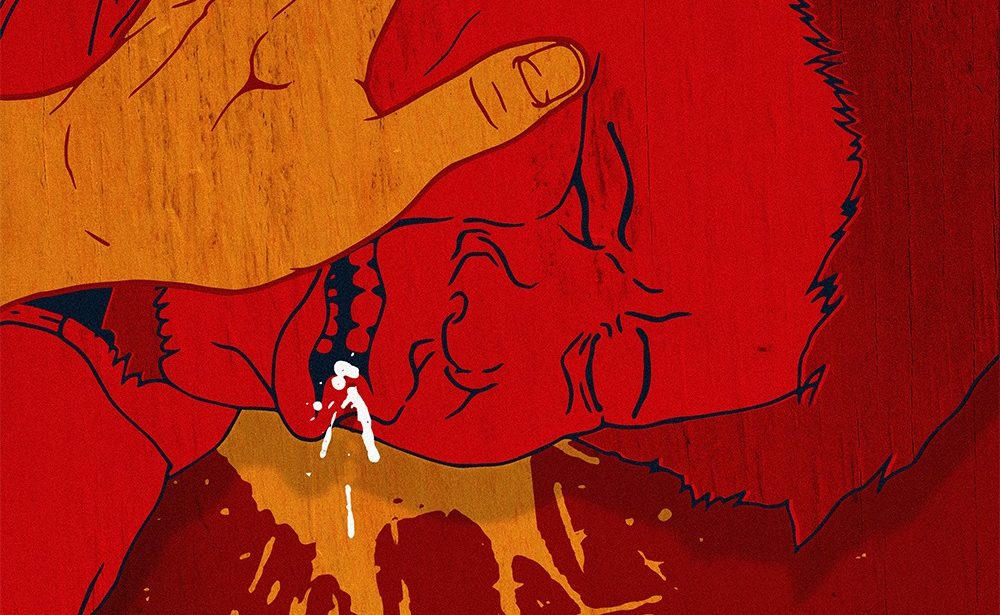 The night I got an advanced copy of Calix’s The Lesser of your Greater Friends I transferred the album to my phone and listened to the whole thing on my way home. There was one verse I had to put on repeat. It started with: “Bakit ba kailangan mo lokohin ang katulad kong naghihirap? / Lugmok na nga sa putikan / Pilit mong pinapasok, at gamitin sa pulitika.” Tagalog as a language is very percussive, and Calix makes this most apparent as his voice pierces the whole beat. The lyrics don’t come at you in a cerebral way. It doesn’t attempt to paint any pretty pictures in your head. It is just a straightforward line of frustration, of anger.

There are many remarkable things to unpack in Calix’s second release since 2016’s Breakout Satirist—the masterful production, the heavy punches towards other musicians (who doesn’t love beef?), Calix’s rapid-fire, yet clearly enunciated flow—all of which are interwoven in a way that contributes to something bigger than the sum of its parts, which is to say that this is a great release. But to settle on just those aspects of the album would probably be a disservice to what I think Calix is trying to say, which is a myriad of things but at the same time only just one thing, which I think is: wake the fuck up.

It’s uncanny to think that Calix’s album comes in such an opportune time. But is it really an “appropriate” time when the subject matter has been going on for at least a year? When the death toll rises on the daily? When the war on the poor has been so blatant?

A few days after the album’s public release, my friend tells me that what makes the album incredible is the lack of thought. “Kasi, wala ka nang masasabi, eh. Putang ina kasi talaga.”

Of course, he is referring to our country’s culture of impunity. And he is right. I feel that we’ve been so desensitized to the violence around us that it falls through the sieves of our comforts. I know that there is deep anger and resentment inside of us towards our country’s culture of injustice, but when many of us choose not to speak out against this air of terror, everyone suffers in silence.

The Lesser of Your Greater Friends is as outspoken, as blatant, as transparent as this country’s administration’s campaign to commit extrajudicial killings. It is a transparent articulation of our country’s current woes. It is a privilege check for those who have it. From the verbal squall of “Di Matitinag” to the jabs on male privilege in “Binary” and the sobering truths in “Executive Order,” no one is safe. No one can say this album doesn’t concern them.

Hearing Calix’s rage on my headphones felt like he raised me up, pushed me against the wall, and shouted right in front of me:

Listen to the full album here:

SHAREThai series “Girl From Nowhere” recently landed on Netflix, and it’s exactly the...

SHAREIt’s Independence Day—the day we can celebrate our country’s trials and tribulations. Now,...

SHAREby Mica Magsanoc Mental health has been a topic of discussion for many...