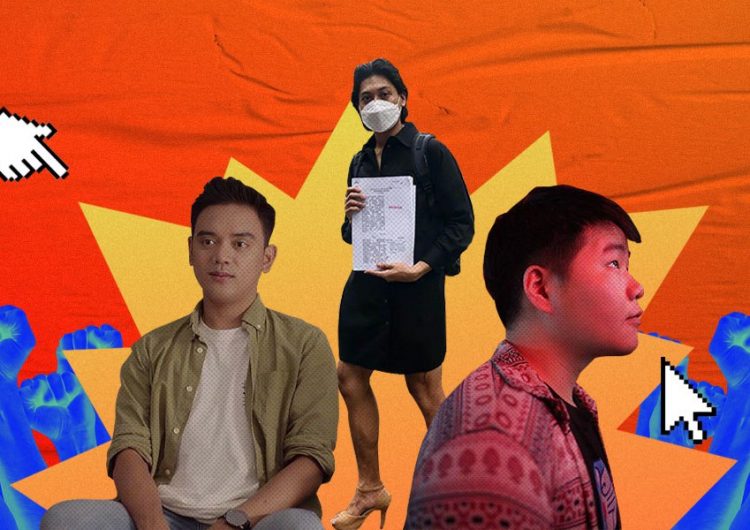 Contrary to popular belief, politics isn’t just some “trending topic.” Everything is political, so it’s always important to talk about it, whatever field you’re from.

Today, some of our internet faves just used their influence (and privilege) to good use. “Susukat ang heels pero hindi susuko” tweeted Mark Averilla or Macoy Dubs, showing how the viral online comedian marched to the Supreme Court with other online personalities to file a petition against the Anti-Terrorism Law. “The Philippines, including our portion of the Internet, must be free,” says the petition of “Concerned Online Citizens,” which includes Macoy, Rob Cham, Juan Miguel Severo, Aling Marie, Dr. Gia Sison, Mark Geronimo, Thysz Estrada and more.

According to ABS-CBN News, the petitioners asked the Supreme Court to declare these sections of the ATL as unconstitutional:

– Sections 25 to 27, allowing the Anti-Terrorism Council to designate, and the Court of Appeals to preliminarily proscribe terrorists or terrorist groups on the basis of suspicion; and,

– Section 29, allowing arrest without a warrant and detention without charge of up to 24 days.

“We are reminded that our rights, whether offline or online, should be protected,” said Rodel Taton, the petitioners’ lawyer. “This case of the concerned online citizens touches on the vulnerability and susceptibility of online Filipinos mostly in social media to be victims of vague and broad definitions of terrorism or acts of terror.”

With the current political unrest, their voices make a huge impact in terms of raising awareness and educating people on relevant issues. This is how you use your fame—not through shallow clout-chasing shit or tasteless pranks. Fuck makeup guru feuds, we’re subbing on what matters.

SHAREIn today’s hottest sneaker drops, the city of Makati’s back in the game....

SHARELex, editor-in-chief Support Your Friends’s ‘Coming Together’ pop-up – Something to look forward...