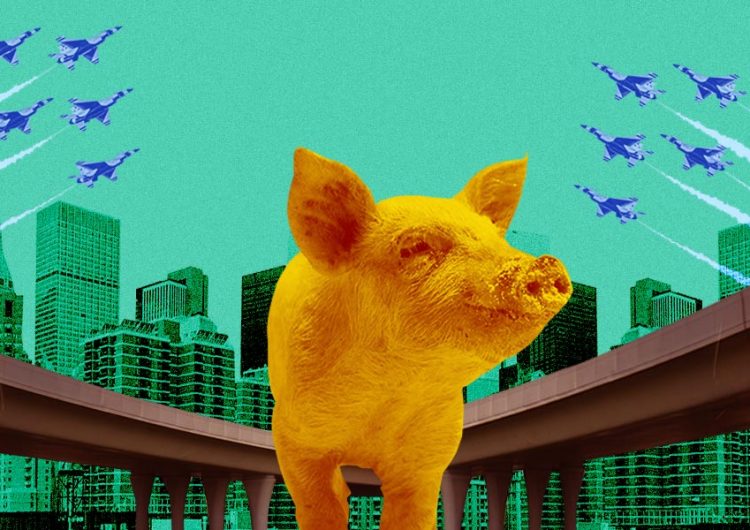 When I woke up this morning, the face of yesterday’s superstar ostrich still dominated my feeds. It’s funny how, in the past five months, we’ve already been used to the oddities of our country but a runaway ostrich still gets us off-the-charts surprised.

As if yesterday’s wild ostrich chase isn’t enough to call it a week, today we witness a pig running loose in Cebu City. Uhm, choose your fighter?

Cebu Daily News reports that today, Aug. 5, a pig running loose caught the attention of folks from Barangay Banilad in Cebu. As people tried to chase it in the flyover, several motorists had to stop or slow down—but it looks like they didn’t mind paving the way for this creature at all.

Some of them even started to honk to give a heads up to whoever was lining up behind them, signaling that they can go ahead as there’s a commotion going on. Thanks to Adnan Pacasum’s video, we’re able to witness the grit and speed of this pig whom we wish is safe and sound right now. I mean, that’s a wild hump day alarm.

Since yesterday, people have been more convinced that someone really is playing Jumanji. But is that all to it? I don’t know if I just lack sleep but, what if these animals are actually humans—those who decided to transform for the purpose of sashaying away from the country’s mess these past months? Because I, too, would like to run freely in a flyover.

SHAREA caution to citizens: The Philippine National Police (PNP) has said that there...