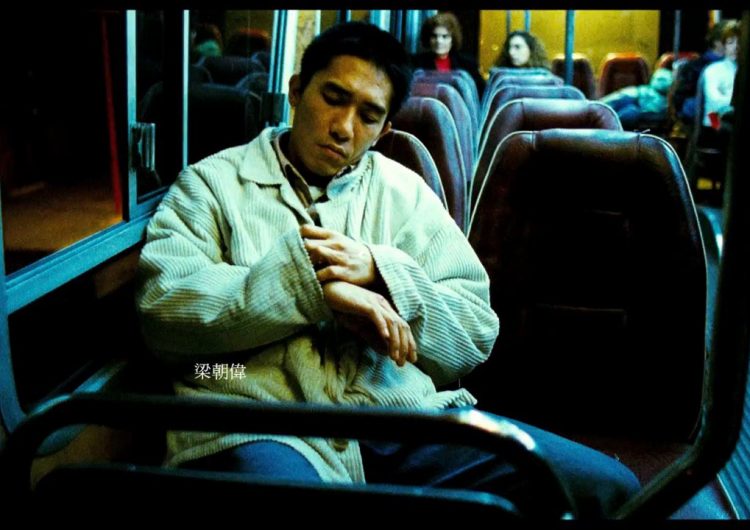 If it isn’t obvious yet, we at SCOUT are huge fans of Wong Kar Wai. Well, who wouldn’t be? The peculiar take on loneliness and stillness, intimate characters, poetic cinematography, grounded stories and vivid details? Just top-tier cinema. No shit, this 62-year-old Hong Kong filmmaker’s nonlinear narratives could definitely stand the test of time—with emotions sold separately.

While there’s honestly no one quite like the auteur, it won’t hurt to check out other filmmakers whose style or stories closely resemble Wong Kar Wai’s approach. After all, we all want cinema to thrive.

If you vibe with Wong Kar Wai’s works but need to go outside his filmography (or, you know, need to prepare for “Blossoms Shanghai,”) check out these directors and their dope portfolios.

One of the most celebrated “second wave” directors of Taiwanese cinema, Tsai Ming-liang’s films are characterized by neon-lit urban narratives that tackle modern struggles in both introspective and action-packed style. After seeing his films on isolation and the passage of time, you’ll definitely see existence in a brand new light.

A young man who works as a watch vendor in the streets chances upon a woman on her way to Paris. After they form an instant connection, he changes his clocks from Taipei to Paris time.

A teenager named Hsiao Kang drops out of college to plot revenge on two thieves who vandalized his driver father’s cab. However, in a twist of fate, he eventually falls in love with a young hoodlum named Ah Tze, yielding a confusing relationship.

If Edward Yang were still alive, I’d probably drop everything just to meet him. A Cannes Film Festival best director, a leader of the Taiwanese New Wave and every film student’s reference person, Yang’s works are relatively lengthy for good reason: It gives you ample time to absorb the gravity of his analysis of humanity, big thanks to universal characters.

Through alternating perspectives, each member of the Jian family in Taipei asks hard-hitting questions about the meaning of life while dealing with their own plights.

A young woman explores the blueprint of the city to seek a future. She hopes that her washed-up baseball player boyfriend is the key, but he’s stuck in a past that might tell otherwise.

With a filmography described as a “lucid dream,” it’s difficult not to get trapped inside Thai director Apichatpong Weerasethakul’s subconscious. It’s the perfect mix of meditation, magic, softness and surrealism that stings your senses. Before you know it, you’re warped into uncharted territory.

In a hospital where soldiers are treated for a strange sleeping sickness, a nurse finds herself in a hallucination that reveals why the patients will never be cured.

Boonmee, a man suffering from acute kidney failure, has decided to spend his last days surrounded with family. In this duration, he meets the ghost of his departed wife—who takes care of him—and his estranged son in non-human form.

“I never tried becoming a director for the ‘real’—I just sought to depict characters myself, characters who expect things out of life but aren’t sure they’ll actually get them,” French filmmaker Claire Denis says. If you want inventive visual elements and an almost autobiographical focus on characters, Denis’ films are the answer.

Galoup, a foreign legal officer, recalls his once glorious life: happy, strict and regimented. That was until a promising young recruit named Sentain sparks jealousy in Galoup’s mind.

Due to their parents’ divorce, siblings Nenette and Boni were raised apart. One day, the pizza maker Boni and boarding school runaway Nenette meet again, rattling their individual scheme of things.

A leading figure in world cinema and dubbed Taiwan’s greatest filmmaker, Hou Hsiao-Sien unapologetically dissects the fundamentals of living not only through memorable characters traveling at their significant pace but also throughoft-overlooked details that breathe life into the story.

Vicky looks back on her empty life from 10 years ago when she was still in a pointless relationship with a DJ named Hao-Hao and an unsatisfying career in a club.

Inspired by the director’s own childhood, this follows a young boy’s coming of age that goes through a series of adaptation, alienation and tradition.

Read more:
‘Criterion Collection’s Discontinued Film Releases’ is a film student’s fever dream
10 films to watch if burnout is getting the best of you
Wong Kar-Wai’s new film is related to ‘In the Mood for Love’

Still from “Happy Together” by Wong Kar Wai