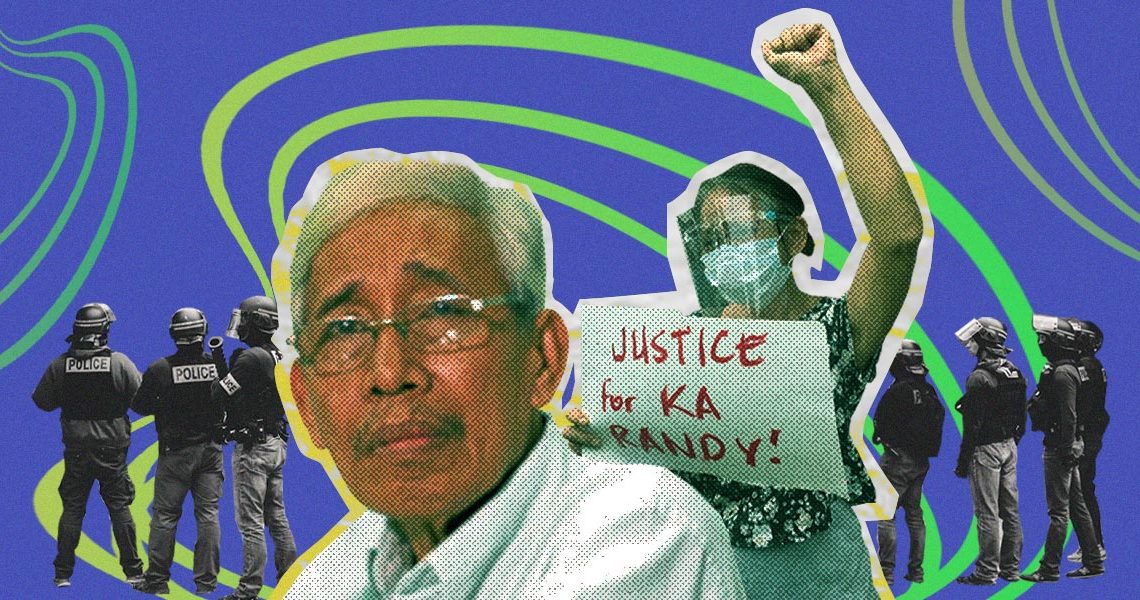 An old man was helplessly killed inside his home. A short premise, but you already know this doesn’t sound right. So why aren’t we talking about it as much as we should?

On Monday, National Democratic Front of the Philippines (NDFP) peace consultant and Anakpawis chairperson Randall “Randy” Echanis was found dead in his rented home in Novaliches, Quezon City. As if the event isn’t mind-boggling enough, what happened after is central to the mystery.

Earlier in the crime scene, Quezon City Police District (QCPD) director Brig. Gen. Ronnie Montejo said that the dead body did not belong to Echanis, but to someone named Manuel Santiago based on the IDs and the statement of the landlord, he explained. According to Inquirer, reports showed that someone in the apartment heard noises coming from the victim’s room prior to the incident.

Montejo later added personal grudge and robbery to the list of possible causes of Echanis’ death, as another dead body with a Sputnik Gang tattoo was found in the room. But the victim’s family and several activist groups believed that this was a case of state-sponsored killing.

Several rights groups rallied against the death, including ACT Teachers Rep. France Castro who mentioned how Echanis—as well as other representatives of the Makabayan bloc and progressive organizations—had been victims of red-tagging.

On Tuesday, the peasant leader’s wife Erlinda Echanis positively identified the cadaver as Randy’s. However, after she had it transferred to the family’s chosen funeral parlor, she claimed that the QCPD pulled it out of the place without consent—no papers, no court orders.

“I condemn the persistent harassment of PNP La-Loma-QCPD and their brazen act of snatching the remains of my husband Randall ‘Randy’ Echanis from us. This morning, I have positively identified his lifeless body which bore torture marks, multiple stab and gunshot wounds,” she said in a statement.

Why does it seem like cases such as this, which concerns human life, are not given enough attention?

The Commission on Human Rights has already opened an investigation on who’s responsible for seizing the body. “And whoever is responsible for these indignities, we call on the government to act with urgency and seriousness in holding perpetrators to account in line with this administration’s promise that it will not dodge its obligations when it comes to human rights,” CHR spokesperson Jacquelyn de Guia said. For them, this touches on the issue of disrespect for human dignity.

Brig. Gen. Bernard Banac said that if negligence is proven, the cops responsible for transferring the corpse will be sanctioned. On the other side of the story, paralegal team member Paolo Colabres, who was seeking to claim Echanis’ remains, was arrested by police. “They illegally arrested him and charged him of so-called obstruction of justice,” Anakpawis chair Ariel Casilo said.

Just this night, Rappler reported that the QCPD has already acknowledged the peasant leader’s body and will return it to his family.

“Why is my husband’s cadaver under investigation in the first place? It should be the perpetrators that should be hunted down and persecuted, not the lifeless body of my husband.”

Prior to this, the government has been called on to pay attention to this case. Their response? “It’s very difficult for anyone including the President to interfere” and the administration “should not be blamed,” said Presidential spokesperson Harry Roque, advising that the verdict be left to the investigation.

Some groups have considered the series of events a reflection of the Anti-Terrorism Act in action. The outrage has yielded questions on what it really is for. Where is our democracy heading? Have we become desensitized to a society of house intrusions now, merciless shooting next?

Seizing the corpse alone is unlawful, the Echanis family lawyer says. The PNP doesn’t even have the right to demand a DNA test before releasing the body to his relatives.

In recent months, actions like the ABS-CBN shutdown and the enactment of the Anti-Terrorism Law had been pretty fast and furious. But why does it seem like cases such as this, which concerns human life, are not given enough attention?

In the next few days, remember Erlinda Echanis’ words: “Why is my husband’s cadaver under investigation in the first place? It should be the perpetrators that should be hunted down and persecuted, not the lifeless body of my husband.”

SHAREWarning: This article touches on topics such as depression and body dysmorphia. My...